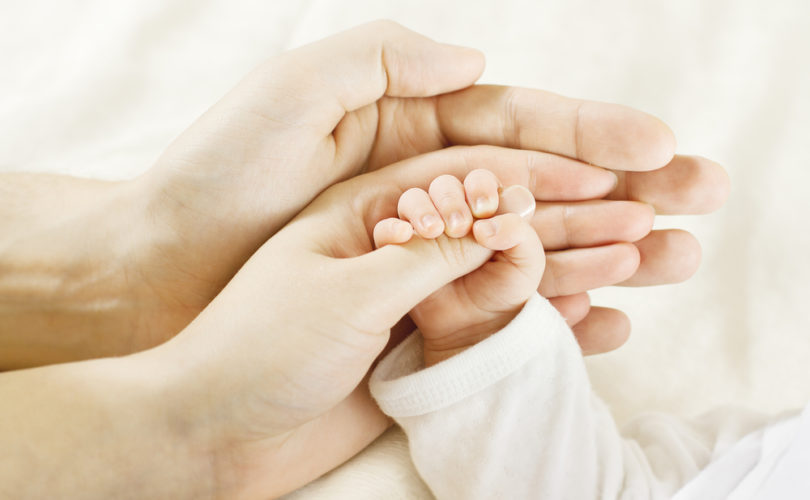 Editor's note: Most of the names in this story have been changed. The sidewalk counselors who have worked tirelessly outside Carhart’s office for over five years want to protect their identities and families from Carhart’s team and supporters; and the parents, although very happy to share their story with the public, understandably have chosen to respect and protect their young son’s privacy.

May 3, 2017 (LifeSiteNews) — Their doctor told them in no uncertain terms, “You should have an abortion.” Stella and Matt, prayerful Orthodox Christians, were stunned. Just a couple weeks before, at around five months pregnant, the doctor had assured them that everything was fine. An earlier finding that their son might have Down syndrome had been retracted. The joyful parents who already had one child at home were thrilled and looked forward to their son’s birth. Now this.

The diagnosis was Androgen insensitivity. The prospective parents had never heard the term before. They soon discovered that it is a condition that affects sexual development before birth and during puberty. Their child would technically be a male, with one X chromosome and one Y chromosome in each cell. But because the child in Stella’s womb was unable to respond to male sex hormones (androgens), their son would most likely have female external sex characteristics or signs of both male and female sexual development.

He might be born with a very small penis, or ambiguous genitalia. Ambiguous suddenly became a dread-filled term, threatening lifelong unhappiness for their child.

In order to deal with this, the doctor offered one and only one course of action: abortion.  Having issued his death sentence, he directed them to the late-term abortionist Leroy Carhart in Germantown, Maryland.

The night before their appointment with Carhart, Stella couldn’t sleep. Anguished and confused, she tossed and turned and cried. The doctor was the expert. He knew best, but that thought didn’t comfort her. She lay awake all night, and prayed, “Lord, this is as far as I can go thinking this through. I don’t know what else we can do. Please help us.”

The next day, as they pulled into a parking place outside Carhart’s office, God answered Stella’s prayer. “As soon as we parked the car, a nice woman, Rosemarie, knocked on my window and asked me, ‘Are you here for an abortion?’ When I answered ‘Yes,’ she told us there might be another option. She took us completely by surprise — we had no idea who this person was, but she invited us inside a nearby office to talk, and since we had an extra 10 minutes, we went with her.”

Once inside, a nurse, Jennifer, who volunteers as a counselor, brought them into a conference room and spoke with Matt and Stella for a few minutes. Stella explains, “We told her the diagnosis and then she looked at us and asked, ‘How can the doctor that sent you to Carhart know for certain what your son’s condition will be when he is born a few months from now? You don’t have to go through with this today. Give yourself time to consider other options.”

This conflicted with what their doctor had told them — that there were no other options.

Over the next few months, Jennifer and Stella — who was still haunted by uncertainty — frequently spoke and prayed together on the phone.

A local priest, Fr. Francis Martin, who heard the story, said, “God wants to heal this kid. See if we can get the whole family together and we’ll pray over mother and child.” And that’s what they did.

When Thaddeus was born, his happy parents anxiously awaited the doctor’s diagnosis of their newborn son. Thaddeus didn’t have Down syndrome or androgen insensitivity. He was perfect except for hypospadias, a congenital condition where the urethra opening is not on the tip, but on the underside, of the penis. A simple surgery quickly took care of that.

In mom’s words, “It was a miracle!” She added, “The diagnosis of the doctor who told us to abort was proven incorrect.” Not long after Thaddeus’ birth, waves of emotion washed over Stella as she realized she came close to aborting her son.

Stella has a message for other mothers who are advised to abort: “Medical science is good, but not always accurate. God creates for a purpose, so let God do his job.”

“I could have made a terrible mistake. I almost didn’t let God do his job. I could have killed my son. … If Jennifer and Rosemarie hadn’t intercepted us on the way into Dr. Carhart’s office, we wouldn’t have our beautiful son.”

Matt kept to his word. He, Stella, and Thaddeus returned to tell their story and give thanks to God at a 40 Days for Life rally the following year.

Thaddeus is now nearly four years old. Asked by LifeSiteNews how he is doing, Stella proudly announces, “He is a very charming young man.”