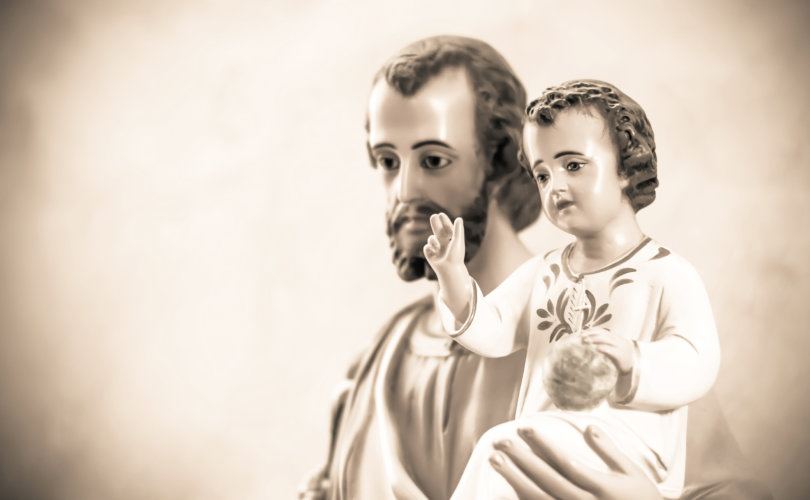 December 24, 2018 (LifeSiteNews) – St. Joseph is often depicted in art or nativity scenes as an old, rather frail-looking man. Regardless of his actual age, though, he was anything but weak.

St. Joseph was a carpenter, which means he was likely physically strong. More importantly, he had the strength to remain with Mary even when she became pregnant, but not with his child, and to listen to God and protect the family unit through which the Savior came into and learned about the world.

Many of the priests and bishops – representatives of Jesus Christ – who dominated headlines in 2018 may have been powerful and connected, but they certainly didn’t embody authentic masculinity, like St. Joseph did. Some of these newsmakers preyed on those whom they should have guided and protected. Some lied about their actions. Some were found out to have covered up their and their friends’ filthy deeds for decades. When finally exposed, some bloviated about “policies” and issued apologies that can hardly even be called apologies.

The real strong men of our time are less noticed than the crooks in cassocks and the menaces in mitres whose actions seem aimed at reducing Holy Mother Church to a smoldering pile of ruins. The real men of strength aren’t acknowledged in commercials or movies, which usually mock them as helpless dunces.

The strong men of our time – the St. Josephs, if you will – are priests who face persecution from without and within the Church for being faithful to Christ, yet who quietly live out their vocation to preach the truth for the salvation of souls. Faithful priests are true fathers, like St. Joseph, who often quietly sacrifice themselves for their families. They are the ones, who, like St. Joseph, are unafraid to follow God’s will in their lives, no matter where the road leads and what the cost might be.

It is the example of such priests that teach younger men what it means to be a man – to protect, provide, and lead those for whom one is responsible – in a culture that is determined to emasculate them.

This Christmas, I am thanking God for the men who are what they were created to be, especially faithful priests, who lay down their lives for those around them and who emulate St. Joseph’s fortitude and selflessness.

In a time when there is so much confusion about what it means to be a man or a woman, and, when so many of the men leading the Church have disfigured the Bride of Christ, those men who embrace real masculinity while answering the call to be faithful shepherds couldn’t be more important.