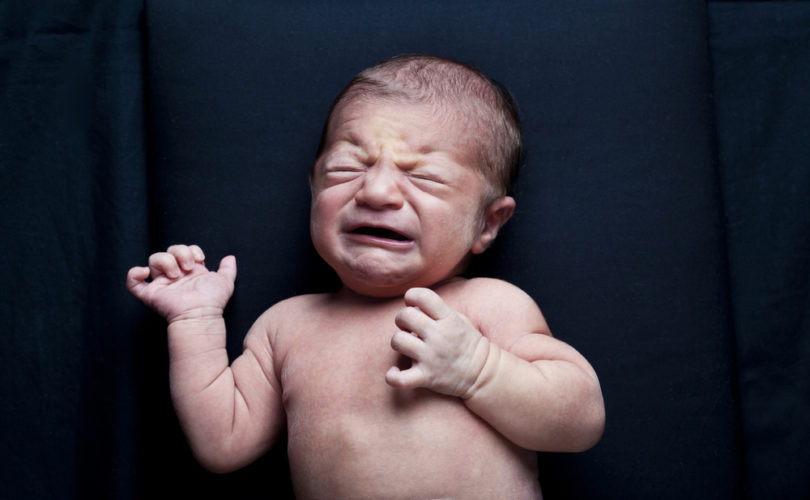 'I touched it. It looked like a baby, but it was very tiny. It was real cute. Very quiet. In fact, it was starting to die.'

(LiveActionNews.org) – When a Planned Parenthood representative testified against a Florida bill that deals with babies born alive during botched abortions, pro-choice activists claimed that this scenario never happens. However, live births due to botched abortions have been occurring ever since abortion was made legal. A number of clinic workers, doctors, and former abortionists have broken the silence and talked about these children who were denied medical care after being born alive.

Pro-choice author Linda Bird Francke interviewed women who had had abortions and clinic workers for her book The Ambivalence of Abortion. She quotes one nurse recounting the following story:

We had one saline [type of abortion] born alive. I raced to the nursery with it and put it in an incubator. I called the pediatrician to come right down, and he refused. He said, “That’s not a baby. That’s an abortion.” (1)

Francke does not reveal the ultimate fate of the child, but it is unlikely that he or she could’ve survived without medical care due to the injuries that would have been inflicted by the saline solution. A saline abortion is performed by injecting a caustic saline solution into a woman’s uterus, where it poisons the amniotic fluid that the baby breathes and kills the child over the course of several hours. The woman then goes through labor to give birth to a dead baby. This method of abortion was abandoned in the 1990s because it caused so many live births and because it was dangerous to women. It was replaced by dilation and evacuation, a brutal procedure where the baby is torn apart with forceps and extracted piece by piece.

A somewhat similar procedure that is still performed today consists of injecting the poison digoxin into the heart of the baby, or, in some cases, into the amniotic fluid. This kills the baby. Digoxin abortions are usually done in the late second and third trimesters. This technique sometimes produces live births as well.

The only time I thought about abortion in terms of religion was when I saw fetuses and one was born alive. I saw one of them, in fact, I even felt the heart beat. I touched it. It looked like a baby, but it was very tiny. It was real cute. Very quiet. In fact, it was starting to die. The heart beat was getting very low. It was going to Bellevue Hospital and the guy was saying “Oh, I don’t see why we have to take it over there, because it’s going to die anyway. Why go through all the trouble?” (2)

One case where a baby was born in an abortion clinic and then killed by direct action of the abortionist came to light when clinic workers revealed what happened. According to Lime 5, a book by pro-life author Mark Crutcher:

According to five abortion clinic employees, Texas abortionist John Roe 109 [pseudonym] was performing an abortion when a 1 foot long infant girl with light brown hair was born. They testified that the baby curled up in Roe’s hand and attempted to breathe as Roe held the placenta over her face. He then dropped her into a bucket of water, and several employees testified that bubbles rose to the surface. They went on to say that Roe then “dropped the fetus into a plastic bag….The bag was tied and placed at the end of the operating room… [The] sides of the bag pulsated as though someone were breathing into it. Then the bag stopped moving.” One witness said he was holding the bag in which Roe placed the infant, and later put the bag in the freezer where aborted fetuses were stored. (3)

In the article “Pro-Choice 1990: Skeletons in the Closet,” former abortionist Dr. David Brewer described participating in his first late-term abortion. The abortion was done by hysterotomy, a type of abortion where the baby is cut from the womb in a procedure similar to a Cesarean section.

I remember seeing the baby move underneath the sack of membranes, as the cesarean incision was made, before the doctor broke the water. The thought came to me, “My God, that’s a person” Then he broke the water. And when he broke the water, it was like I had a pain in my heart, just like when I saw that first suction abortion.  And then he delivered the baby, and I couldn’t touch it… I wasn’t much of an assistant. I just stood there, and the reality of what was going on finally began to seep into my calloused brain and heart. They took that little baby that was making little sounds and moving and kicking, and set it on that table in a cold, stainless steel bowl. Every time I would look over while we were repairing the incision in the uterus and finishing the Caesarean, I would see that little person moving in that bowl. And it kicked and moved less and less, of course, as time went on. I can remember going over and looking at the baby when we were done with the surgery and the baby was still alive. You could see the chest was moving and the heart was beating, and the baby would try to take a little breath, and it really hurt inside, and it began to educate me as to what abortion really was. (4)

Brewer would later go on to perform many abortions before eventually quitting and becoming a pro-life speaker. Read his story here.

Later in his career, David Brewer witnessed another baby born alive after a saline abortion:

But one night, a lady delivered and I was called to come and see her because she was uncontrollable. I went in the room and she was going to pieces. She was having a nervous breakdown, screaming and thrashing. The nurses were upset because they couldn’t get any work done and all the other patients were upset because this lady was screaming and I walked in, and here was her little saline abortion baby. It had been born and it was kicking and moving for a little while before it finally died of those terrible burns. Because the salt solution gets into the lungs and burns the lungs too.

Since hypertonic saline was so toxic if it was injected into the uterine wall instead of the amniotic sac; there was a constant search for the ideal drug. Prostaglandin has now become the drug of choice, but one of the early experiments was with hypertonic urea. The major disadvantage in using it, was the problem of live births. I remember using it on a patient that the psychiatric residents brought to us from their clinic from an institutionalized patient who really was crazy. I’ll never forget delivering her nearly two pound baby, and hearing her screams, “My baby’s alive, my baby’s alive.” It lived several days.

A doctor who cares for premature babies described experiences he had while still a resident. He assisted a doctor in performing hysterectomy/TAB – a procedure where a pregnant uterus is removed as a type of sterilization and abortion in one.

I already had assisted on two other hysterectomies, one for endometrial cancer and the other for a benign tumor. I had been taught during the first two cases to “always open the uterus and examine the contents” before sending the specimen to pathology. So, after the professor remove the uterus, I asked him if he wanted me to open it, eager to show him that I already knew standard procedure. He replied,

“No, because the fetus might be alive and then we would be faced with an ethical dilemma.” (5)

A short time later, the doctor witnessed a baby born alive after abortion with his own eyes:

A couple of weeks later, now on the obstetrical service, I retrieved a bag of IV fluid that the resident physician had requested. The IV fluids were to administer prostaglandin, a drug that induces the uterus to contract and expel. The patient made little eye contact with us. A few hours later, I saw the aborted fetus moving its legs and gasping in a bedpan, which was then covered with a drape. (5)

He then describes a partial-birth abortion unsuccessfully performed on a baby with hydrocephalus. First he talks about finding out how the abortion would be performed:

The resident described how he was going to deliver the body of the baby and then, while the head was entrapped, insert a trochar (a long metal instrument with a sharp point) through the base of the skull. During the final portion of this procedure, he indicated that he would move a suction catheter back and forth across the brainstem to ensure that the baby would be born dead. Several of the pediatric residents kept saying, “you’re kidding” and, “you’re making this up” in disbelief… (5)

The doctor later sees the aftermath of the partial birth abortion:

Later, that afternoon, the obstetrical resident performed the procedure, but unfortunately the infant was born with a heart beating and some weak gasping respirations, so the baby was brought to NICU: He was a slightly premature infant, who weighed about 4 pounds or 5 pounds. His head was collapsed on itself. The bed was a mess from blood and drainage. I did my exam (no other anomalies were noted)…. then pronounced the baby dead about an hour later. (5)

I happened to have walked into an operating room where they were doing an abortion on a late pregnancy. They lifted out a small baby that was able to cry and breathe and they put it in a bucket and put it in the corner of the room and pretended it wasn’t there. I walked down the hallway and a baby was born early — slightly bigger than the baby they put in the bucket and they wanted to save this baby. So they might have had 10 doctors in there doing everything conceivable [to save that baby's life].

Who are we to decide that we pick and throw one away and pick up and struggle to save the other ones[?] … Unless we resolve this and understand that life is precious and we must protect life, we can’t protect liberty.

These incidents are only the tip of the iceberg. It is unknown how many babies have been born alive over the years and quietly killed or left to die without anyone revealing what happened to them.

Sarah Terzo is a pro-life author and creator of the clinicquotes.com website. She is a member of Secular Pro-Life and Pro-Life Alliance of Gays and Lesbians.