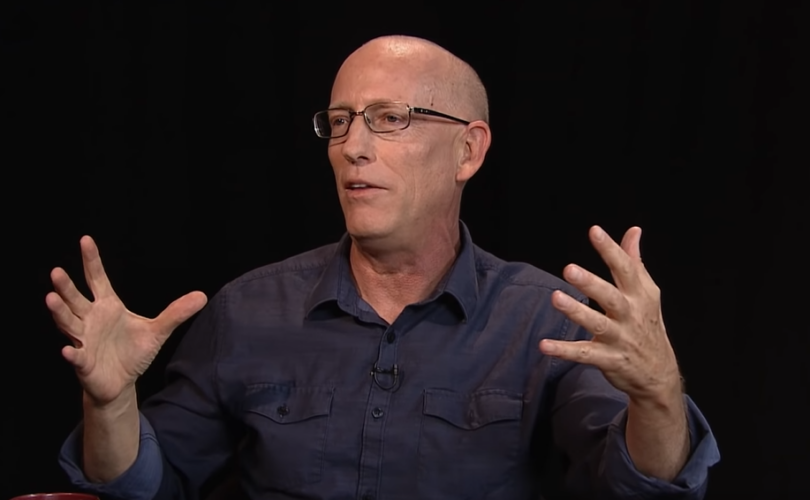 (LifeSiteNews) — In an unexpected twist, the outspoken pro-vaccine cartoonist behind the famous comic strip Dilbert has admitted that when it comes to the COVID-19 vaccines he “lost” and those skeptical of the jab “won.”

“I’m going to tell you that … the anti-vaxxers appear to be right,” Scott Adams said in a video posted to YouTube on Sunday.

“Somebody who did not get vaccinated, got a little ‘omicron’ or maybe even a worse [strain] but recovered, now you’ve got natural immunity, can we all agree that that was the winning path?” the famed cartoonist inquired.

“The smartest, happiest people are the ones who didn’t get the vaccination, and they’re still alive!” Adams exclaimed.

In even more direct terms, Adams posted a link to the video on his Twitter page, writing, “The anti-vaxxers won. I lost.”

Later in the video, Adams doubles and triples down on his thesis that the “unvaccinated” have “won,” saying that as it stands “they came out the best, they have the winning position.”

“They [the unvaccinated] feel better. The thing they’re not worrying about is what I have to worry about, which is, ‘I wonder if that vaccination, five years from now … ‘” Adams stated before comically cutting the video.

Adams then went on to explain that from what he can tell, the main difference between those who took the shot and those who did not was the level of trust each of the groups had in “government” and “big companies.”

“So, if you just took the position, ‘let’s just distrust everything the government did,’ you won!” he added with a laugh.

Many have since taken to social media to react to Adams’ concession, with podcaster and former professor of evolutionary biology Bret Weinstein writing:

People like @ScottAdamsSays are retracing their steps. That’s good. But it’s not a moment to leap to conclusions about how others got it right. ‘Distrust of government/authority/medicine’ worked for some. Scientific skepticism saved others from these dangerously novel “vaccines.” https://t.co/IstwpPwMrQ

We are not “anti-vaxxers.”

While people who remained distrustful of the experimental COVID vaccines were mocked and demeaned by governments and the corporate media, those same people are now increasingly gaining credibility as evidence continues to mount that indicates the novel injections lack the safety and efficacy initially ascribed to them.

One notable example of this happened in October 2022 when a Pfizer executive appeared to tell a special committee of the European Parliament that her pharmaceutical giant employer – who mass produced COVID injections – did not even know whether their shot stopped transmission of the virus because the company never bothered to test if that was the case.

This revelation, which confirmed much of the reporting done by LifeSiteNews and other independent outlets, led to widespread outrage on social media, as the entire concept behind the widely-used practice of vaccine mandates was the implication that the shots stop transmission of the virus – a narrative that was even promulgated by U.S. Centers for Disease Control and Prevention (CDC) Director Rochelle Walensky and U.S. President Joe Biden.

On the question of whether the shots are “safe,” numerous data sets and studies continue to emerge highlighting the potentially horrific consequences of taking the jabs.

An April 2022 study out of Israel indicates that COVID infection alone cannot account for such myocarditis cases, despite claims to the contrary.

While jab defenders are quick to stress that reports submitted to VAERS are unconfirmed, as anyone can submit one, the CDC itself recognizes a “high verification rate of reports of myocarditis to VAERS after mRNA-based COVID-19 vaccination,” leading to the conclusion that “under-reporting is more likely” than over-reporting.