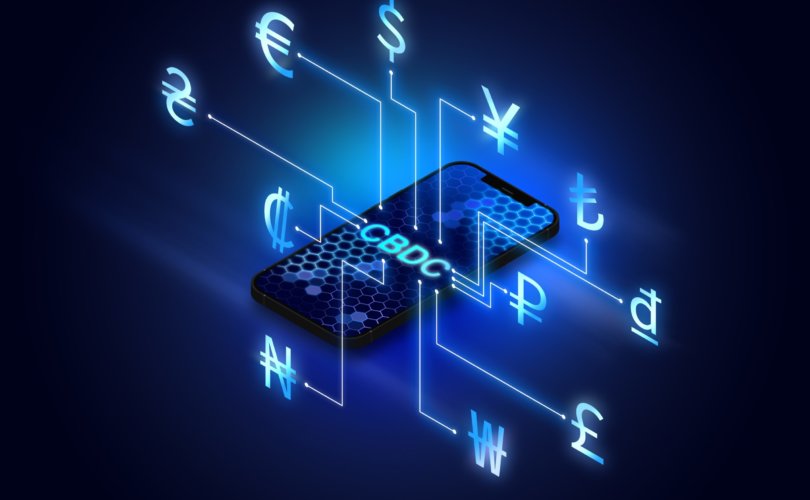 (LifeSiteNews) — The Central Bank of Nigeria (CBN) wants to link its CBDC (Central Bank Digital Currency) to a digital identification system, according to a report by the Bank of International Settlements (BIS).

“Universal access to eNaira is a key goal of the CBN, and new forms of digital identification are being issued to the unbanked to help with access,” the November 2022 BIS report states.

“In addition, an eKYC-enabled [electronic know your customer] CBDC that is integrated with the national ID schemes could greatly ease financial onboarding.”

The central bank is looking to grant universal access to its CBDC via digital IDs to achieve “financial inclusion,” at the cost of anonymity and privacy.

“When it comes to anonymity, the CBN has opted to not allow anonymity even for lower-tier wallets,” the BIS report said.

READ: Here’s what you need to know about Central Bank Digital Currencies

Connecting digital IDs with CBDCs is seen by critics as a means to establish an Orwellian surveillance state. If trackable CBDCs were to replace cash and be linked with digital IDs, governments or central banks would have total control over almost all transactions.

A 2017 article by the World Economic Forum (WEF) notes that CBDCs could contribute to the “[g]radual obsolescence of paper currency.”

However, it seems like the Nigerians are rejecting the eNaira due to a distrust of the government.

The BIS report notes that most Africans favor the anonymity of cash. According to a Bloomberg report from October 2022, only 0.5 % of Nigerians are using the country’s CBDC so far, which was introduced in October 2021.

Nick Giambruno, the founder of The Financial Underground, wrote on Twitter that “[t]he eNaira has been a massive failure.”

It also said Nigerians view the eNaira as “a symbol of distrust in the ruling elite” and that the people view the government as “hostile to them and therefore have no interest in anything it introduces.”

Giambruno said the elites around the world “have closely followed the eNaira.”

“They used Nigeria — Africa’s largest country by population and size of its economy — as a Petri dish to test their nefarious plans to use CBDCs to enslave the people of North America, Europe, and beyond.”

According to Giambruno, the elites were surprised that only 0.5% of Nigerians use the CBDC since the African country has one of the highest usage rates of Bitcoin.

“They figured Nigerians wouldn’t be able to differentiate between Bitcoin and the eNaira — they are both digital currencies, after all,” Giambruno wrote.

However, Nigerians seem to be able to tell the difference between a decentralized cryptocurrency like Bitcoin and a centralized digital currency issued by the central bank.

“It [the Bloomberg article] also said Nigerians view the eNaira as ‘a symbol of distrust in the ruling elite’ and that the people view the government as ‘hostile to them and therefore have no interest in anything it introduces,’” Giambruno stated.

Giambruno congratulated the people of Nigeria for largely rejecting the centralized digital currency:

To all the Nigerians rejecting the eNaira, I say bravo!

The failure of CBDCs in Nigeria could throw sand in the gears of the elites’ plan to implement them worldwide. That would be a big positive for human freedom.

It remains to be seen if the Nigerian government and other governments around the world will attempt to coerce people into using CBDCs by linking them to digital IDs, since right now it seems citizens are not accepting the new technology voluntarily.