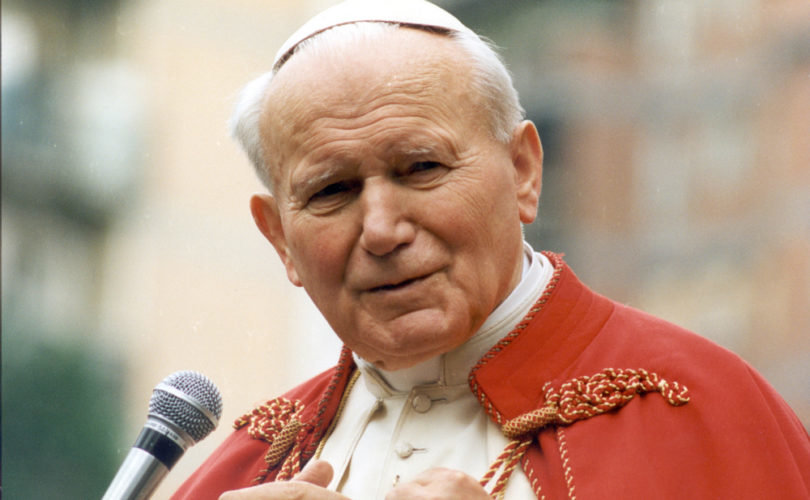 February 6, 2015 (LifeSiteNews.com) –A Polish archbishop has issued a stern rebuke to his fellow bishops outside Poland who “betrayed Pope John Paul II” by failing to support marriage, and who now call for divorced Catholics to be given Communion.

Archbishop Henryk Hoser, who made the comments in an interview published recently in the Polish Catholic news source Niedziela, was clearly girding his loins for the big and important battle he foresees at the Fall 2015 synod.

Archbishop Hoser also predicted a major “confrontation” at the upcoming synod between bishops faithful to the Church and John Paul II and “delegates from countries where there is already a majority of pathological families – broken families, patchwork families, with only a small percentage of unbroken marriages – and the demand for the provision of Holy Communion for the divorced.”

When the same battle was played out at last year’s Extraordinary Synod on the Family, the German church led by Cardinal Walter Kasper was identified as a major force for liberalization of the Church moral doctrine on sexuality.

Hoser joined other faithful church leaders such as Cardinal Raymond Burke in condemning the notion advanced at the 2014 synod that mercy should be the sole determinant in dealing with homosexuals and divorcees. He called this an “erroneous assumption, the postulate that God's mercy is without justice, when you must begin by saying that married and family life must be founded in justice.”

Hoser blamed the breakdown of the family partly on the Church’s own failure to support families by implementing Pope John Paul II’s 1981 Apostolic Exhortation Familiaris Consortio. The exhortation detailed the steps bishops and pastors should take to form and support faithful families, in school, in pre-marriage training, and in post-nuptial support groups and sponsorship relationships between newlyweds and couples long married.

But bishops and priests of the Church, said Hoser, “did not follow his voice. They did not acquaint themselves with his teaching. … Everyone said that it is difficult. … The pastors did not share because they did not read it.” The archbishop said the rebellion against Church sexual teaching started at the time of Pope Paul VI, a probable reference to his explicit ban on contraception in the 1968 encyclical Humanae Vitae.

While the Polish Church taught Humanae Vitae, “in other countries, due to the contestation of the teachings of the Church, as taught by Blessed Paul VI, the pastoral care of families was stopped.”

Instead, said Hoser, the worldly values that put sexual pleasure before the goals of the family have prevailed, especially in the media, where “all personal relationships are eroticized.”

The faction with which he expects to do battle at the upcoming synod want the Church to abandon its “prophetic role” and simply accommodate itself to the view that “the world is ruled by sexual satisfaction.”