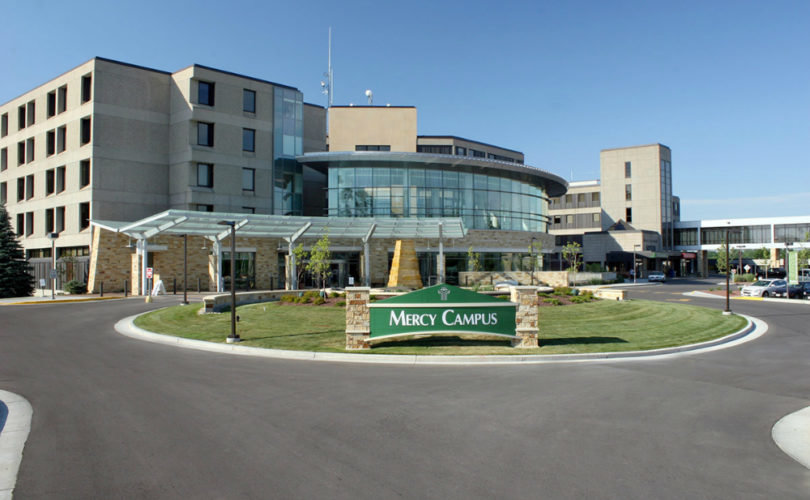 Many of us remember being with Bishop Rene Henry Gracida on the Feast of St. Benedict, 2015 here in Raleigh at the Renaissance Hotel. The sex abuse scandals were then on the back burner, but we were a small group committed to discussing the takeover of America's health care system. In his keynote address, Bishop Gracida said the problem with palliative care was that it has grown from the cultural virus of proportionalism.

He guided our discussions in the afternoon brainstorming session and urged that we take to social media. Surprise advice from a nonagenarian ordinary, but this was not your ordinary bishop, despite his claim to be one. (His autobiography is titled An Ordinary's Not So Ordinary Life.) This is a humble bishop who trusts in the Lord and sees an obligation to act to save lives and souls.

Here we are, nearly four years later, and we are yet to stretch far into social media. Trusting in the ways of the Lord, we continue to pray for help.

We at LifeTree are small, but we are presently directing our efforts at trying to prevent passage of the Palliative Care and Hospice Education Training Act (PCHETA) here in America. Click here to read the bill. This bill will replace millions of foundation funding with government funding. These monies will provide for the training of palliative professionals, the training of non-palliative professionals in the palliative philosophy, and finance a government-run campaign to encourage people to think favorably about today's palliative medicine. The bill passed the House of Representatives with no opposition in the last Congress. It was done by voice vote. On that basis the bill has a strong chance of passing both the Senate and House in the present Congress. Unfortunately, I fear that our president does not know what he would be signing.

In 2017 Pope Francis positioned two Soros people front and center at the Vatican. Soros scholars from his Project on Death in America (PDIA) are now members of the Pontifical Academy for Life. A year ago, the Pontifical Academy for Life launched the PAL-Life Project in cooperation with the Secretariat of State and the Dicastery for the Laity, Family and Life to bring palliative care to the entire world. Their theme was “Palliative Care: Everywhere and By Everyone.” The implication is that all patients and all providers will be required to participate.

Think about where we are headed. We all know how strong the current of globalism is today. Now ask yourself: why push palliative care globally? The obvious answer is to install palliative medicine's guidelines in a one-world economy. Palliative care will become a basic human right!

We pray for more people to realize what is happening within the Church in regard to the subtle ways of the euthanasia movement. We pray for a general awakening that people will see where the framers of Obamacare wanted to take us … and so then did!

It breaks my heart to say the sad truth that, although the Church is officially against the radical campaign for physician-assisted suicide, in its official capacities it is working to achieve the same end through the full transformation of health care.

I asked Ron Panzer, president of the pro-life organization Hospice Patients Alliance, to comment on Dr. Wickham's e-letter. His response (slightly edited) is as follows:

Dr. Wickham is absolutely correct. We have been warning about the infiltration of the secular utilitarians into health care for 20 years, and especially into end-of-life care, hospice, and, yes, into every niche of health care. False palliative care-style interventions are now incorporated into all niches so that often patients receive 'care' that does not help but simply sedates and allows an intended death to occur, rather than a recovery to health.

News about the widespread medical killings that occur throughout the nation has been censored 100 percent so that almost all family members and patients have no idea when they are blindsided by physicians, nurses, and others who actively sabotage their health. The death culture is thriving within the system. Government funding of tainted hospice and palliative care will set in stone death-dealing protocols — just like that which is done at the National Health Service in the United Kingdom, and just like the Roe v. Wade Supreme Court ruling did in regard to abortion.

The government bureaucrats are decidedly not pro-life and financially punish physicians and hospitals that provide care rather than limiting care and shunting patients into tainted hospice or palliative care settings to assure they die. People need to contact their senators and congressional representatives to let them know what is really happening and stop PCHETA from being enacted.

Published with permission from RenewAmerica.