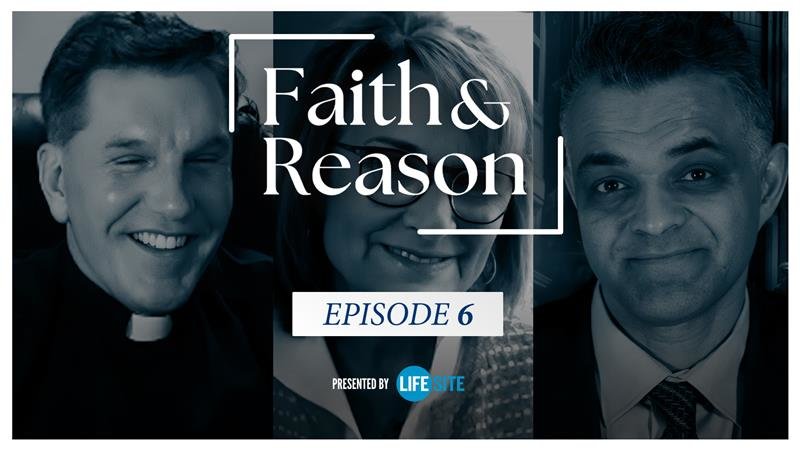 (LifeSiteNews) — On this week’s episode of Faith & Reason, the panel discussed some of the deleted emails on Hunter Biden’s laptop (unearthed thanks to the tireless efforts of our own Jack Maxey!) and shared last minute thoughts ahead of Pope Francis’ consecration of Russia on Friday.

In Maxey’s absence, Liz Yore kicked off the episode by explaining some of the emails Maxey and his team have uncovered on Hunter Biden’s “laptop from hell,” specifically their purported connection with Russia’s war in Ukraine.

“Back in 2014, Hunter Biden and his partners at Rosemont Seneca were in Ukraine and were involved in the purchase and sale of a company called Metabiota. One of the things on its website is a pandemic tracking company,” she said. “Well, interestingly enough, the emails indicate that this biolab is actually owned, funded by the Department of Defense. It also indicates that Hunter Biden and his partners own about 30%.”

“So we have a lab created by the Department of Defense under the cloak of a corporation called Metabiota. And back in 2014, Hunter Biden and his partners were involved in funding and exploiting this biolab.”

The importance of this shocking revelation cannot be understated.

“There may be some real important information with respect to why the Russians and Putin have invaded Ukraine,” Yore added. “We must support Ukraine. We must criticize Russia. But there are lots of levels of things going on here, and it appears that we know that the global elites were involved in Ukraine as its money laundering operation, as the piggy bank for certainly the Biden family.”

Fr. James Altman gave his take on the matter as well. He wondered how the CIA hasn’t clandestinely “taken out” Hunter Biden yet, given all the potential criminality and depravity on his laptop.

“You have to ask yourself, ‘Well, who’s really running the show?’ And it’s all these people behind the scenes that don’t want to know, so they put up these front pieces?” he said. “I don’t know why they chose [Joe] Biden, because you really can’t tell me that the CIA and everybody didn’t know what Hunter was up to. That guy is a loose cannon. What a nightmare he is.”

John-Henry Westen then transitioned the discussion over to the coming consecration of “humanity, especially Russia and Ukraine” by Pope Francis and other bishops across the world on Friday. He first raised the issue of multiple Fatima experts who don’t necessarily agree on whether or not the consecration follows the specific request of Our Lady of Fatima, and then asked Yore and Fr. Altman for their thoughts.

Listen to that discussion and the rest of the episode below: