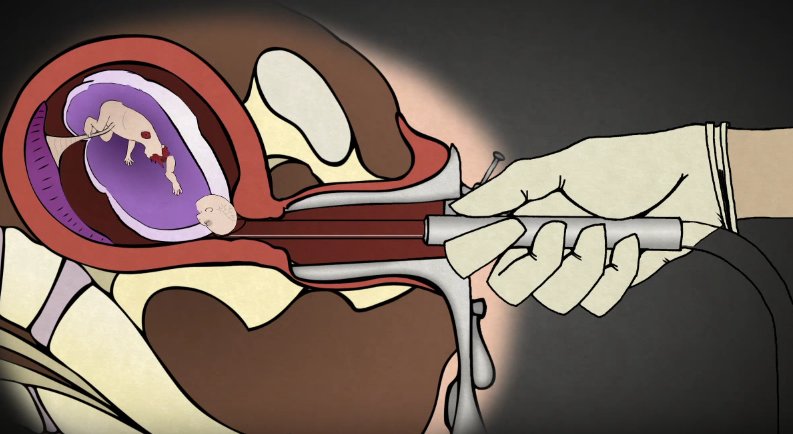 March 3, 2016 (LifeSiteNews) – Their first video educated more than 11 million people about the true face of dilation and extraction (or “dismemberment”) abortions. Now, Live Action has released a video depicting the most common form of abortion: vacuum aspiration (or “suction”) abortion followed by the dilatation and curettage (D&C) procedure.

“Some viewers who were horrified by the second trimester D&E abortion video said they were now convinced that abortions should only be committed in the first trimester,’” said Lila Rose, president and founder of Live Action. “This is because the abortion industry has lied to women for decades, telling them that at that stage, their babies are just ‘clumps of cells.”

“This new video blows that lie wide open and will shock many people by showing that first trimester babies are not ‘clumps of cells,’ but have beating hearts and developing organs at just three and a half weeks from conception,” Rose said today.

In the new video Dr. Anthony Levatino, who performed 1,200 abortions during the second trimester, describes how abortion is performed during the first 12 weeks of pregnancy. A high-power vacuum tears the nearly implanted child from the womb, then the doctor scrapes the lining of the uterus to assure no tissue or body parts are left behind, something that could lead to infection.

The video, part of Live Action's new AbortionsProcedures.com website, shows an animated presentation of the procedure that is not graphic, while Dr. Levatino details the procedure using appropriate medical terms.

Still, the brutality is evident.

A total of 91 percent of all abortions in the United States take place in the first trimester, according to the Guttmacher Institue.

Since their new website went live a week ago, people from nations around the world – including Ecuador, Romania, and China – have asked that they translate the videos into numerous languages to make the reality of abortion real to a global audience.

Doctor who performed 1,200 abortions: Late-term abortions ‘neither simple nor safe’