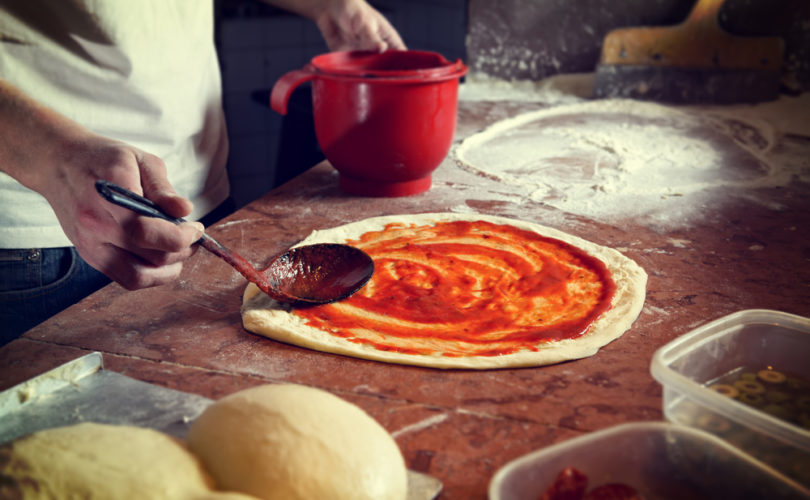 WALKERTON, IN, April 2, 2015 (LifeSiteNews.com) — A small-town Indiana pizzeria owned by a Christian family has closed its doors after being terrorized by pro-homosexual bullies opposed to the family’s religious values.

Memories Pizza in Walkerton has received death and firebombing threats and had its website hacked, according to LegalInsurrection.com.

The owners specifically stated that anyone was welcome in the restaurant, but the story was set off by the fact that they said they would not cater a homosexual “wedding” because it would conflict with their Christian beliefs.

“I do not think [the bill’s] targeting gays. I don't think it's discrimination,” O’Connor’s daughter Crystal told ABC-57. “It's supposed to help people that have a religious belief.”

“If a gay couple was to come and they wanted us to bring pizzas to their wedding, we'd have to say no,” Crystal O’Connor said.

Versions of the report were picked up by ABC News, CNN, and various other media outlets.

Vehement backlash proceeded against the family.

In addition to threats on social media, pro-homosexual zealots flooded Yelp with more than 1,200 nasty reviews of the restaurant, according to Fox News.

Some posts included vulgar photos of mainly naked men, the New York Daily News said, with one post stating, “Can’t wait to read about your bankruptcy in the future.”

Memories Pizza was replaced on Google Maps, National Review reported, with “Gay Memories Pizza,” which has as its avatar “Gay Jesus.”

“We’re not discriminating against anyone, that’s just our belief, and anyone has the right to believe in anything,” Crystal O'Connor said.

A man stood in front of the restaurant Wednesday with a hand-made sign that said “bigots,” according to the South Bend Tribune.

Also on Wednesday a local high school coach was suspended for threatening tweets she is reported to have made about Memories Pizza.

“Who's going to Walkerton, IN to burn down #memoriespizza w me?” the tweets from Jessica Dooley stated. “Agree with #FreedomofReligion bill? “That's a lifestyle they CHOOSE” Ignorant”

Dooley works with special education students at Concord High School and is a girls’ golf coach and an assistant softball coach. The Walkerton police department has said it investigated the incident and turned in a case to the county prosecutor “for possible charging of harassment, intimidation, and threats.”

The O’Connor family is considering leaving the state because of the attacks.

“I don’t know if we will reopen, or if we can,” Crystal O’Connor told TheBlaze. “We’re in hiding basically.”

“We’re very hurt and confused,” she said of the threats. “We stood up for what we believe, and the news just took it totally out of proportion. They lied about it.”

Some conservatives and Christians have cried foul on the vitriol toward Memories Pizza and much of the media handling of it.

Columnist Erick Erickson from Red State called out liberal Atlanta Journal Constitution columnist Jay Bookman for writing that the restaurant had closed due to “market forces” when death threats were at play.

The head of the Catholic League called the reactions against the O’Connors “cultural fascism.”

“It should be condemned by everyone,” Bill Donohue said in a statement. “Individuals have rights, and this includes the right not to be coerced into affirming causes, as opposed to servicing individuals that they find morally objectionable.”

The O’Connor family is without income in the meantime while this plays out.

Kevin O’Connor was bewildered by all the hatred.

“Because I don’t believe in something that they want, they see fit to be angry about it,” he said. “It’s really confusing to me. I’m just a little guy in a little tiny town. That’s where I’ve been my whole life. It’s just been ugly. I don’t know what to call it.”