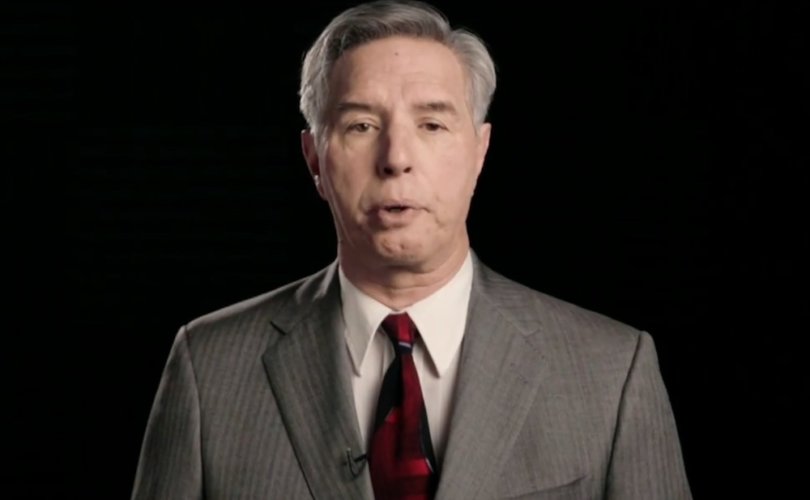 May 4, 2016 (LifeSiteNews) – The abortion industry and the Obama administration have made it easier than ever to have a medication abortion, a procedure little known or understood outside medical circles. Dr. Anthony Levatino, who performed more than 1,200 abortions before becoming a pro-life advocate, has released a video detailing each step of the process.

The Live Action video eschews graphic imagery in favor of animation that accurately depicts the two-step process, which takes place over two to three days.

“An RU-486 abortion cuts off blood and nutrients to the growing preborn baby, slowly starving her inside the mother’s womb,” Live Action founder Lila Rose explains in a statement released today.

“It is important to note that, even after it has been taken, it is possible to reverse the effects of RU-486 and save the baby if progesterone is administered – the sooner, the better,” Dr. Levatino says in the video.

“Then the mother takes another drug” – misoprostol, conventionally known as Cytotec – “that causes intense contractions and heavy bleeding to force her dead baby from her womb,” Rose adds.

After this combo has been ingested, the mother eventually goes into labor on her own – often on the toilet – without medical supervision.

“If she looks carefully, she might be able to count the fingers and toes,” Dr. Levatino says.

While sporadic bleeding continues for weeks after a typical medical abortion, one percent of women bleed heavily enough to require hospitalization.

The video is especially timely, since the FDA recently changed the protocol for medication abortion, making it less expensive for abortion facilities to administer while extending how many weeks they may use abortion-inducing drugs in place of surgery.

Rose warns this means greater complications for mothers and their babies.

“While the FDA’s expansion of RU-486’s use from seven weeks of pregnancy to 10 weeks is sure to increase the abortion industry’s clientele, according to the FDA’s own numbers, it also means triple the drug’s failure rate of the old seven-week limit,” Rose said. “This will inevitably lead to more women — and their babies — being subjected to two abortions, as abortionists must then perform follow-up surgical abortions to complete the procedure.”

The new video is part of a Live Action educational website, AbortionProcedures.com, which also features video presentations of aspiration, dismemberment (dilation and evacuation), and induction abortions.

The number of medication abortions, initially approved by the FDA during a fast-track procedure in 2000, has surged in the United States. According to the Guttmacher Institute, “Early medication abortions have increased from six percent of all abortions in 2001 to 23 percent in 2011,” a figure that likely has only increased.

The explosion of medical or chemical abortions has only helped pad abortionists' bottom line. A study published in Women's Health Issues found that the average cost of a surgical abortion at 10 weeks was $495, while the cost of a medication abortion was $504.

“This latest FDA move isn’t about making things better for” women, Rose says, “but about President Obama paying back an industry that has given him millions in campaign contributions and now wants something in return.”