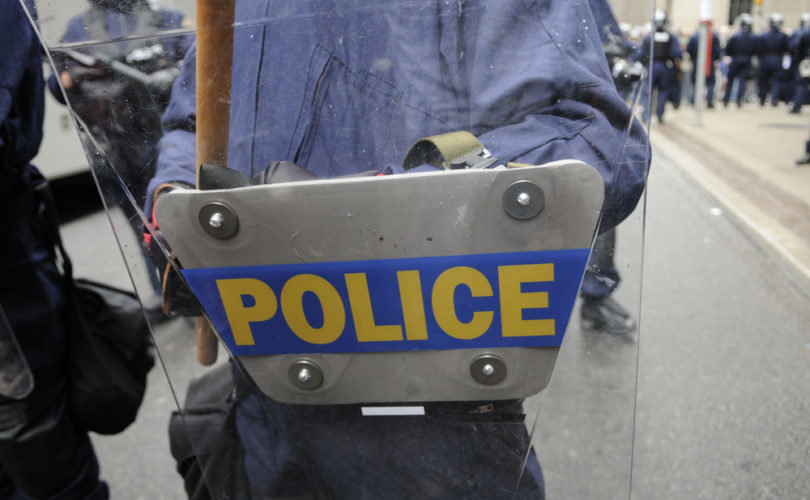 July 11, 2016 (Breakpoint) — We wake up this day as a nation wishing the events of last week didn’t actually happen — the shooting deaths of Alton Sterling in Baton Rouge, of Philando Castile in Minnesota, and five police officers in Dallas. A demonically insidious string of events, hitting our nation like a series of pounding waves.

The endless articles, tweets, blog postings, and conversations reveal just how bewildered we are. Honestly, it reminds me of mentally trying to muddle through the events of 9-11. Only, this is different. Not worse, just different. On 9-11, we were reeling from an outside attack. Today, we reel from a brokenness within.

While confirmation bias tempts us to retreat to our pet causes, explanations, and scapegoats, we’d be wiser to listen to the tweeted words of Florida Pastor H.B. Charles, “The Bible exhorts us to weep with those who weep. It doesn’t tell us to judge whether they should be weeping.” In particular, two communities in our midst weep: African-Americans and law enforcement officials. We can and ought to be distressed by the brokenness on both sides.

Let us first and unequivocally say every human life is precious and valuable because it bears the very image of God. C.S. Lewis wrote in The Weight of Glory, “You’ve never met a mere mortal. … Nations, cultures, arts, civilizations are mortal, and their life is to ours as the life of a gnat. But it is immortals whom we joke with, work with, marry, snub, and exploit.”

Let’s also say that the week’s events are a surface explosion of issues long present in our society. As my friend, Pastor Chris Brooks, said to me Friday, those asking “where did this come from?” reveal they’ve not been watching or listening. Alexander Solzhenitsyn saw it back in 1978, when he remarked (in a speech fittingly called “A World Split Apart”) the smooth surface film of our society was thin indeed, with only illusions of stability and health.

We’re not okay, folks, and we haven’t been in quite a while. These horrible events are not creating unrest; rather they are revealing it. Our society is weak in its middle — at the “social glue” level of local communities and civil society. And, we have a race problem. We might disagree on why, but it won’t do us any good to say it doesn’t exist. Here we are — and there’s no way out of this except by confronting it.

Third, and most important, let us proclaim, “Christ has risen!” It is true about this moment as it is about every other moment of history — good or bad.

First, pray. It sounds trite and expected, but it isn’t. I’m spending today praying for the pastors tasked with shepherding congregations through this on Sunday. I’m thankful Russell Moore has pointed out that happy, clappy worship songs in church won’t do at such a cultural moment. There are times to lament. This is one of them.

I am also praying for Christians tasked with talking about this with colleagues, families, and neighbors on Monday. I am praying we will be Gospel-shaped in our words and tone.

Second, we can, in the words of the Apostle James, be quick to listen and slow to speak (1:19), particularly to those with whom we agree on the Gospel but differ in experiences as citizens.

Third, we can focus efforts on rebuilding those institutions able to address the problems we face. Government has a role, but the state cannot lead us in reconciliation, virtue formation, or trust building. God has uniquely equipped the home and the church for those tasks.

It looks bleak, but we worship the same Christ whose Gospel has brought healing to post-adultery marriages, post-riot cities, even post-genocide Rwanda. It can here too. There is, in fact, no other place to look.