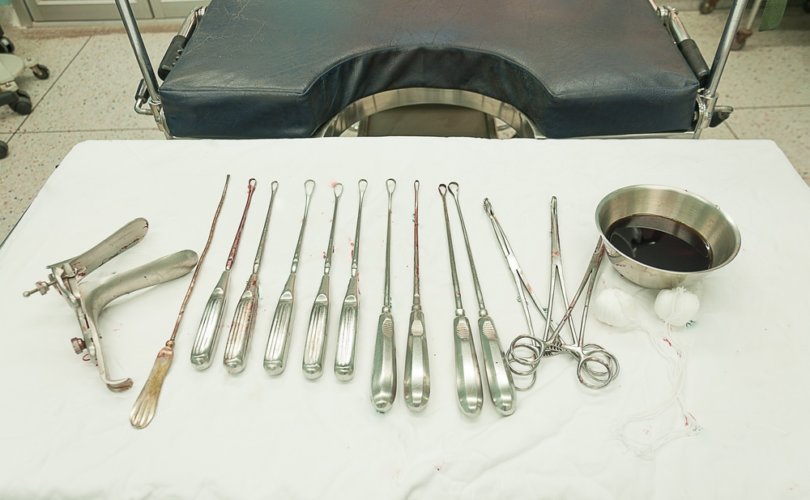 February 7, 2019 (LifeSiteNews) – Abortion doesn’t just end the lives of unborn babies and leave their mothers psychologically and physically scarred. According to former abortion clinic manager Carol Everett, it also profoundly affects those who work in the abortion industry.

“You can’t kill every day without it affecting you,” Everett, who managed multiple abortion clinics over a space of several years, told Jonathon van Maren in the latest episode of The Van Maren Show. “When you go into a room and blood is splashing everywhere and baby body parts are coming out of a body you can't ignore it forever.”

In a gripping hour-long tell-all interview, Everett recalled that many of the abortionists, nurses, and support staff she worked with showed clear signs of being traumatized by the work.

Sometimes this manifested itself in a macabre sense of humor.

“I don't know what you're gonna do with this,” Everett told van Maren. But “when an eyeball went through the [vacuum] tube,” she recalled, the abortion workers sometimes “would laugh and joke, [saying] ‘Here’s looking at you kid,’” quoting a famous line from the movie Casablanca.

Listen to the complete interview with Everett here:

Everett recalled another time when one of her employees abruptly announced that she was leaving the job.

“I had a nightmare last night,” Everett recalls the woman as telling her. “Those babies were sitting on the sink with their legs crossed. They were little cherubs and they were all laughing and waving at me and I can't put another one down the [garbage] disposal.”

Another one of Everett’s employees committed suicide.

“The people who work in abortion clinics are very hurt people,” says Everett. Many of them are victims of rape or incest, or themselves post-abortive.

Everett herself became involved in abortion work only after her husband pressured her into getting an abortion. The resentment from that abortion led to the breakdown of their marriage, and eventually led Everett down a path into the abortion industry.

“I was running from my own pain,” Everett recalls about her frantic years in the abortion industry, where she made good money, but was miserable.

Everett eventually met Jesus Christ, left the industry, and became one of the United States’ top pro-life activists. To hear her remarkable story, listen to the latest episode of The Van Maren Show above, or by following this link.

The Van Maren Show is available on Apple iTunes and Podcasts, Google Play, Soundcloud and more. To subscribe, follow this link.