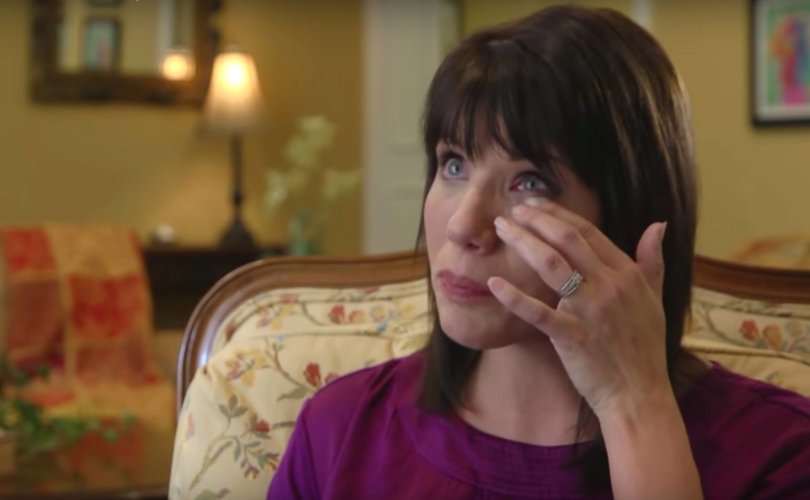 The meeting was was “one of those moments just so sacred that you can't even really put it into words,” says Ohden.Youtube Screenshot

Feb. 20, 2019 (LifeSiteNews.com) – In 1977, Melissa Ohden’s then-19-year-old mother underwent a gruelling five-day saline abortion. At the end of it, she delivered what doctors expected would be the dead body of her baby.

Instead, Melissa was born alive. Astonishingly, however, Ohden’s birth mother was never told that her baby had survived – not, at least, until three decades later, when Ohden herself initiated contact.

Instead, two nurses intervened and rushed her into the NICU. A nurse who was in the NICU that night who contacted Melissa only two years ago told Ohden that she could remember that night perfectly. “The door to the NICU came flying open this tall blond nurse rushed you in,” Ohden recalls this nurse telling her. “She said that darn Doctor Kelberg [the abortionist] messed up.”

The nurse told Melissa that she kept “gasping for breath” and decided she couldn’t abandon her. “That nurse did what people think was unthinkable,” Ohden told Jonathon van Maren on a recent apperance on The Van Maren Show, LifeSite's new weekly podcast. “She did not lead me in that room to die.”

Instead of telling Ohden’s birth mother that the baby she thought had been aborted was still alive, her grandmother quietly put the baby up for adoption. Ohden was adopted by a loving family. She only found out the truth about the circumstances of her birth by accident, when she was 14 – something that Ohden recalls was devastating and life-changing.

After Ohden decided in 2007, at the age of 30, to begin publicly sharing her story, she decided that she had a duty to reach out to her birth mother’s family, in case they stumbled across her testimony.

“I didn't want them to be further traumatized by me coming forward with my story,” she recounted. “And so yeah, I wanted to have some contact with them first, and so I did.”

She initially reached out – unsuccessfully – to her birth father, and then to her mother’s parents, since she couldn’t find her birth mother. Her maternal grandfather did respond. But by that time neither of Ohden’s biological grandparents had any contact with their daughter – Ohden’s mother.

Between 2007 and 2013, Ohden heard nothing further from her biological family. Then, in 2013, one of her biological cousins reached out to her. The reason for the contact was that Ohden had just moved to Kansas City – the same city where, it so happened, her birth mother was living at the time.

Soon thereafter Ohden and her birth mother started e-mailing back and forth. Ohden learned she also had two biological half-sisters. But no one yet dared to suggest an in-person meeting.

“My birth mother was so traumatized by the abortion, by not knowing all those years that I had survived,” recalls Ohden. “Even though she lived with such incredible regret, she was also scared of me.”

Three years passed. Then, one day, Ohden decided to broach the subject of a meeting between herself and her biological family in an e-mail to one of her half-sisters. Her sister responded enthusiastically. “And so we met face-to-face around Mother's Day a couple of years ago now.”

The actual meeting, says Ohden, was “everything I was hoping for, but yet it was nothing like I expected it to be.” It was, she said, “one of those moments just so sacred that you can't even really put it into words.”

As extraordinary as Ohden’s story is, however, she is only one of over 250 people who have contacted her over the years, saying that they too are abortion survivors.