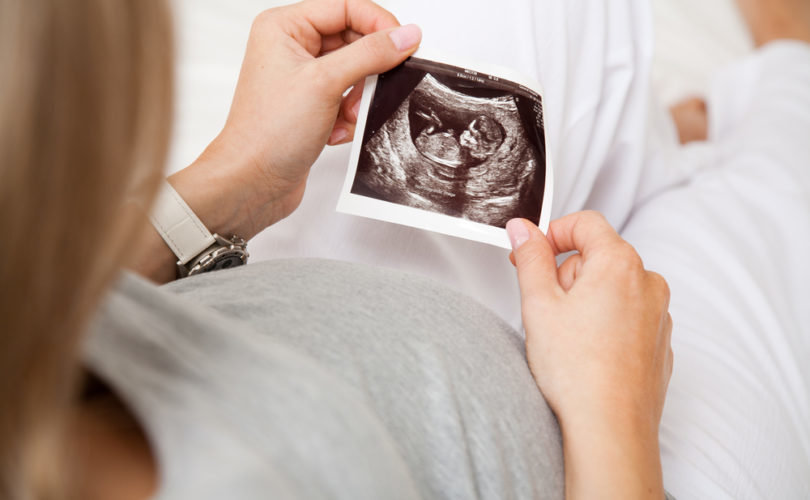 After trying for eight years to conceive, Emma was overjoyed to learn she was pregnant with a girl. But she nearly lost her miracle baby, Maia, because of an abortion she had 17 years earlier.

During a prenatal scan, according to GrowingYourBaby.com, doctors told this New Zealand couple they had found a 24-millimeter foreign body inside Emma’s womb.

The physicians assumed at first it was either an IUD or a medical tool left inside after her fertility tests.

Instead, it was a calcified fetal bone fragment – likely a thigh or a femur – left from a late-term abortion Emma had nearly 20 years earlier, when she was 15 years old.

“They pretty much said I would be really lucky if I could keep the baby,” Emma said. “I was just told to hope for the best.”

Emma required a surgery that had a 50 percent chance she would lose Maia, the baby she wanted, in the womb.

Maia survived the surgery, but it was unsuccessful in removing the first baby’s remains. Her parents were left simply with hope she would make it through the pregnancy.

“It was a horrible, horrible pregnancy,” Emma said. “I was worried the whole time that I was going to miscarry. I had to go to the hospital every month.”

Maia’s father requested anonymity for the story, but said the mother lived in fear of losing her baby. “If something had happened, I don’t know how well Emma would have coped,” he said.

Because doctors consider this an “extremely rare complication,” they don’t look for it when post-abortive complications arise.

“It felt like doctors were just hoping it wasn’t something that could be pinned on them,” Emma said. “I never got a 'sorry,' just 'hope for the best.'”

Maia is now six months old and has been healthy, and her parents consider her beating the odds to be miraculous.

During Maia’s delivery, the remains of her older sibling were delivered as well.

Despite not wanting to think about the pregnancy, Emma is happy now to have a beautiful baby girl, GrowingYourBaby reports, despite all she and Maia have been through.

Stories like Emma's illustrate why pro-life supporters have long cautioned that abortion is dangerous to women.

They have long warned that abortion is not medically safe for the mother, with the potential for infection, embolism, hemorrhage, anesthesia and undiagnosed ectopic pregnancies.

Infertility is also possible for women who have had an abortion, stemming from infection, scar tissue, or a weakened cervix.

Further, post-abortive women have a 400 percent greater chance of miscarriage as well, and are at risk of post-traumatic stress disorder.

The abortion industry and other pro-abortion activists dismiss this concern for pregnant women as lies employed to frighten expectant mothers, branding it misinformation.

Three things that may happen to you during an abortion
Infertility and abortion: proof the world isn’t fair
Planned Parenthood Tries to Dodge Blame after 13 Year-Old Rendered Infertile by Botched Abortion