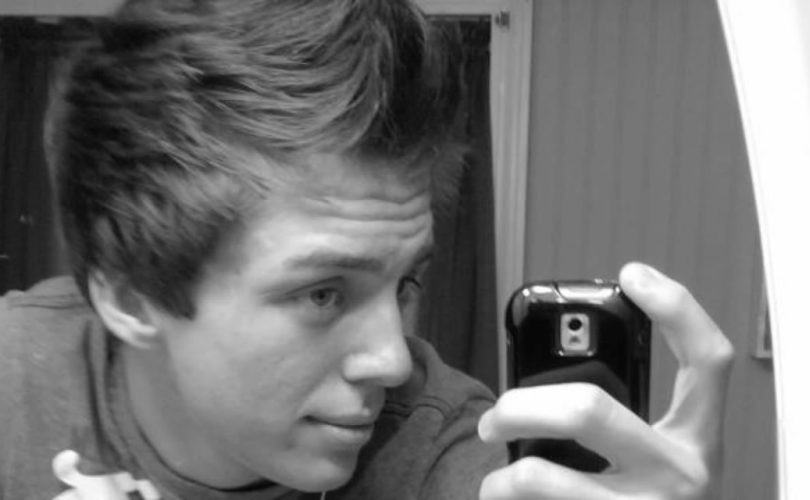 'Please help me I’m in the trunk of my ford escort red 2000,' Adam Hoover said, sending his license plate number, as well. 'They said they are going to kill my family please call 911.'

CINCINNATI, OH, March 6, 2015 (LifeSiteNews.com) – One of the leading activists for gay “marriage” in Ohio faked his own abduction this week, causing an uproar that threatened to drain away precious resources from real emergencies, police say.

Adam Hoover, 20, is co-president of Marriage Equality Ohio, an LGBT pressure group promoting the redefinition of marriage in Ohio.

Hoover left his job at Chipotle on Monday evening. Hours later, around 12:30 Tuesday morning, he posted messages on his Facebook page and Twitter feed claiming that he had been kidnapped, stuffed inside the trunk of his car, and his captors were threatening to murder his entire family.

“Please help me I’m in the trunk of my ford escort red 2000,” he said, sending his license plate number, as well. “They said they are going to kill my family please call 911.”

Hoover said he had not called 911, because he was afraid his kidnappers would hear him talking and kill him.

His friends and followers did just that, sharing his pleas under the hashtag #FindAdamHoover.

Local emergency personnel were “inundated with phone calls from friends and family,” according to Green Township Police Lieutenant Jim Vetter.

Emergency operators said anyone in that situation should dial them directly.

Soon, police found his abandoned car in a country area, with Hoover nearby.

Hoover told Lt. Vetter that an armed man was waiting in the back seat of his car after he got off work. Somehow, he said, he escaped to a farmhouse and asked the strangers there for help.

WCPO reported that “such events are troubling, because the sheer volume of calls could possibly prevent dispatchers from answering other emergencies.”

Lt. Vetter would not say what made Hoover allegedly make a false report, but alluded to “stresses” plaguing the Miami University student. “It’s…personal stuff,” the officer said. “It wouldn’t be fair to go into too much detail, but he’s a young man and as many young kids do, he’s dealing with some issues.”

Following the allegation that he caused a false panic, his friends in the homosexual activist movement are distancing themselves but hope to welcome Hoover back into the ranks of leadership soon. “In light of the recent controversy surrounding him, he is indefinitely suspended from posting on the page,” Nicholas Wymer, the group's co-founder, told the Cincinnati Enquirer. “While it is our hope that we can work past this issue, we are waiting until the issue settles to make a permanent decision.”

Hoover, who is now 20, had been part of the political wing of the LGBT movement since he was 17. In addition to promoting gay “marriage,” Hoover recently fought for the transgender cause, collecting $2,200 for a memorial for “Leelah” Alcorn, a transgender teenage boy from Ohio who committed suicide. As of January, no work had begun on the proposed memorial, according to media outlets.

If he is found guilty, Hoover will be far from alone. Numerous homosexuals have reported “hate crimes” – and often had their cases celebrated in social media – only to be revealed as frauds.

In 2012, onetime college basketball great and lesbian activist Charlie Rogers faked a hate crime, carving a cross into her own chest. A year later, she was sentenced to seven days in jail, as well as probation and community service.

In August 2012, a homosexual in Montana, Joseph Baken, said three men beat him and called him anti-gay slurs as he was celebrating his 22nd birthday. But video surfaced of him doing a backflip and smacking his face on the pavement.

In November 2013, New Jersey waitress Dayna Morales' story that a couple refused to tip her because she's a lesbian went viral, generating thousands of dollars of contributions from sympathetic readers. The couple later came forward with their receipt, which recorded their generous tip. Morales also claimed she would send donations to wounded veterans, but veterans groups recorded no such donations. Her friends have described her as a compulsive liar.

In 2012, Central Connecticut State University (CCSU) threw a “solidarity rally” for 19-year-old Alexandra Pennell, a lesbian allegedly receiving hate notes. However, she planted the notes herself.

That May, police in Colorado charged a lesbian couple with writing “Kill the Gay” on their own garage.

The most famous gay “hate crime,” the murder of Matthew Shepard by “homophobes,” has also been exposed as little more than a robbery gone bad. The assailants were reportedly bisexual.

A significant number of hate crime hoaxes take place each year on both sexual and racial grounds.