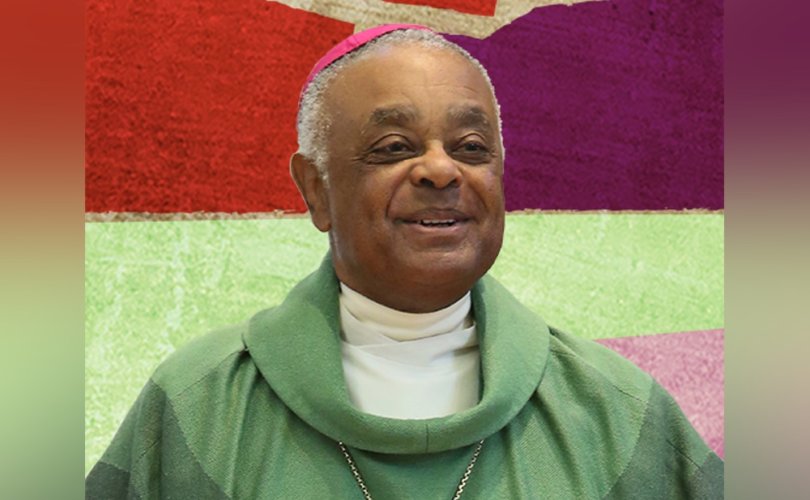 October 26, 2020 (LifeSiteNews) – On Sunday, Pope Francis announced he is elevating Washington, D.C. Archbishop Wilton Gregory, to the rank of cardinal.

The announcement came just ten days ahead of the U.S. presidential election and the day before the U.S. Senate vote to confirm President Donald Trump’s Supreme Court nominee Judge Amy Coney Barrett. Pope Francis, who cited election proximity when denying a meeting to U.S. Secretary of State Mike Pompeo in September, also took veiled shots at Trump in a new documentary in which he was featured. That documentary, Francesco, was released on October 22.

Gregory, arguably one of Trump’s most vocal critics in the American Catholic hierarchy, made headlines when he harshly condemned the president’s June visit to D.C.’s Saint John Paul II National Shrine. The visit had been long-planned. Gregory had been invited, although his statement condemning Trump and the shrine did not mention that.

“I find it baffling and reprehensible that any Catholic facility would allow itself to be so egregiously misused and manipulated in a fashion that violates our religious principles, which call us to defend the rights of all people even those with whom we might disagree,” said Gregory in a statement released the very hour of Trump’s visit.

Gregory will be the first black U.S. cardinal, but one of the most deeply anti-family, anti-life cardinals in history. Listed below are Gregory’s worst assaults on marriage, the sanctity of life, and the Church over his long, scandalous career as a prelate.