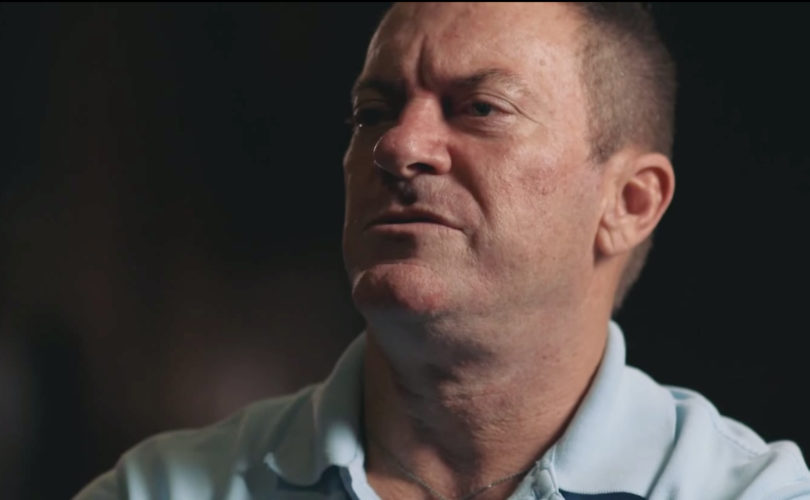 And then in 2011 he abruptly retired.

Now, Greg has come forward with his story, and to explain why he suddenly up and left the fame and fortune he had worked so hard to obtain.

In a heartbreaking new video by Fight the New Drug, Greg describes how he went to California in the 80’s to pursue an acting career, only to find himself out of work and flat broke when the Hollywood writers went on strike.

One day while on a modeling gig, a makeup artist handed him a card in case he ever wanted to do some “nude work.”

“I walked out of there at the end of the day with four crisp brand new one hundred dollar bills,” he says. “I got on my motorcyle and I drove home. I was thinking how easy that was. But I also remember thinking, ‘What have I done?'”

“You see,” he concludes. “If I can change my heart, anybody can.”