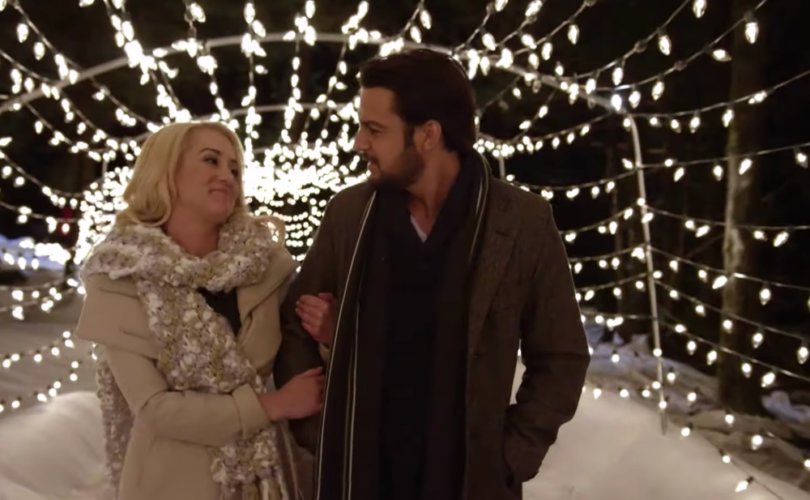 December 3, 2019 (LifeSiteNews) — While many are still reeling from recent revelations that Chick-fil-A has opportunistically traded the Christian principles upon which it was founded for “woke,” pro-LGBT social justice causes, the head of the Hallmark Channel —famous for its family-friendly Christmas movies— indicated that Hallmark will likely begin to produce holiday films which include gay characters and themes.

This year, Hallmark's legendary “Countdown to Christmas” will feature two dozen new, original movies produced by the channel. They will be shown 24 hours a day during the weeks leading up to Christmas.

Bill Abbott, CEO of Hallmark parent Crown Media Family Networks (CMFN), said in a recent interview that Hallmark “differentiates itself from its competition” because its content is “relentlessly positive, family friendly, always appropriate for all members of the family.”

“Across the board, we’re attracting an audience across every demographic,” announced Abbott.

In the past, Hallmark has stated, “We are not an issues-oriented network: our goal is for every viewer who comes to us to feel happier and better because they watched.”

During the holidays, Hallmark viewers skew younger than the rest of the year.

Abbott explained that viewers can feel comfortable watching Hallmark’s movies without having to worry about running for the remote because an inappropriate scene suddenly pops up.

Despite having built a huge audience by providing a reliable, safe refuge for family viewing during an era when even Disney offers a minefield of pro-LGBT programming aimed at kids, the head of Hallmark’s parent company indicated that “Hallmark is ‘open’ to doing any type of movie — including with gay leads,” according to a Hollywood Reporter interview.

“I’m gay, where are the same-sex movies?” asked one of the interviewers during a Hollywood Reporter podcast. “Have you talked about incorporating stories about same-sex couples at Christmas?”

The interviewer lamented that when she and her “wife” visit relatives during the holidays, the TV is tuned to the Hallmark Channel 24/7 but the type of relationship she and her “wife” have is not reflected in any of the programming.

The interviewer pressed Abbott about whether Hallmark is dedicated more to building a large, broad audience than it is to representing the diversity of “the society that we’re in.” The CMFN CEO said, “In terms of broadening out the demographic, it’s something we’re always thinking about, always considering.”

“In a culture that values offensive sex acts, profanity, and violence overall, the Hallmark channel is doomed,” predicted PJ Media’s Megan Fox. “The diversity activists will never be satisfied.”

The majority of TV viewers want “to watch entertainment that represents them or doesn't include a constant assault on morality and decency,” and so “they're relegated to one cheesy channel that plays nothing but sappy Christmas movies most of the year,” continued Fox. “But when the social justice soldiers get done with Hallmark, they won't even have that.”

“The sustained campaign against the Hallmark channel will work, as illustrated with the channel's CEO, Bill Abbot, signaling that they are open to gay stories,” said Fox.

Fox said she believes that “Hallmark is not interested in pleasing its base of ‘moms and grandmas’ and will instead try to please the outrage mob that doesn't watch their channel.”

A commentary penned for LGBTQ Nation just days after the Hollywood Reporter interview with CMFN CEO Bill Abbott was published observed that Hallmark’s Christmas movies all follow the same pattern:

A couple meets, begins to fall in love, and each person knows that they’re perfect for the other; then, a dramatic moment when the two are about to have their first kiss is interrupted by someone. In the end, the audience has to wait until the last scene to have that first kiss.

“Which demographics are waiting breathlessly for those kisses? Women and gay men. So ratings won’t be hurt,” suggested the commentator.

His assertion clashes with the reality that the Hallmark Channel Christmas movies attracts lots of families with children precisely because parents don’t have to worry about LGBT plotlines intruding on their holiday TV enjoyment.

And if Hallmark’s Christmas line-up already has a substantial, loyal gay following who enjoy their Yuletide fare, why change anything?