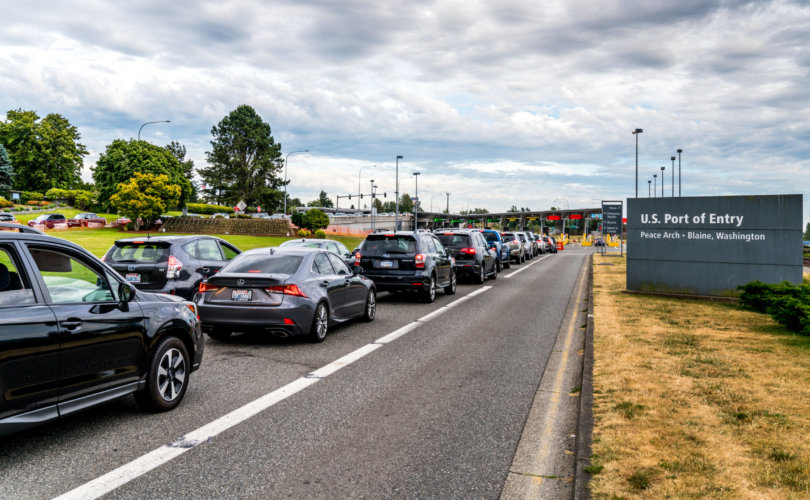 (LifeSiteNews) — Statistics show that as pandemic measures continued to tighten as the year progressed, more and more Canadians decided to pack up and leave the country.

According to Statistics Canada, an estimated 55,935 Canadians left the country permanently during 2021, a rise of over 50 percent when compared with the five-year median trend before 2020. Notably, a whopping 215 percent increase in emigration was noticed in the fourth quarter of 2021, shortly after Trudeau’s Liberal federal government mandated that all those traveling within Canada via plane, train, or boat were going to be required to be “fully vaccinated” against the highly survivable coronavirus.

In an analysis of the data by the Truth North Centre, other factors such as the rising cost of home prices and 30-year high inflation were also attributed as likely factors that led to the mass exodus.

Not only did many Canadians flee the nation, the most populous province of Ontario also saw the highest number of people departt for other Canadians provinces than any other year in the last 40 years.

According to Scotiabank senior economist Marc Desormeaux, “Pandemic restriction severity, housing affordability, and telework adoption all appear to have influenced the trend — in contrast to past periods of strong out-migration that mirrored starker differences in regional economic conditions.”

While Canada as a whole has had some of the most restrictive so-called pandemic measures in the world, with every province implementing various forms of mandatory mask wearing, vaccine mandates, vaccine passports, and lockdowns, the province of Ontario stood out even by Canadian standards, taking the top spot in North America for the jurisdiction with the longest lasting lockdowns.

Since Trudeau became Prime Minister in 2015, the average price of a home has more than doubled, now sitting at a staggering $869,000.

In addition to home prices and inflation, an October 2021 survey by the Canadian Federation of Independent Business (CFIB) found that 68 percent of businesses in the hospitality industry reported that pandemic measures forced on them by the government led to a decline in sales, compounding the unaffordability of Canada, and in particular the untenability of working and living in Ontario.

While the correlation between Trudeau’s ban on travel for the unvaccinated and the mass exodus from the country does not necessarily indicate causation, Trudeau’s other COVID-related policies have had directly disastrous consequences.

When Trudeau invoked the Emergencies Act in February to shut down the “Freedom Convoy” protest against his administration’s COVID mandates, he used the powers to compel financial institutions to freeze bank accounts of the protest supporters without a court order.

According to Martha Durdin, CEO of the Canadian Credit Union Association, “in the early days [of the bank account seizures], there was some degree of panic among some Canadians that their accounts may be frozen.”

Durdin noted that many of their “members expressed this concern, and many Canadians made significant withdrawals from credit unions as a result.”

“Sometimes in the hundreds of thousands, and on a few occasions in the millions of dollars,” the CEO added.