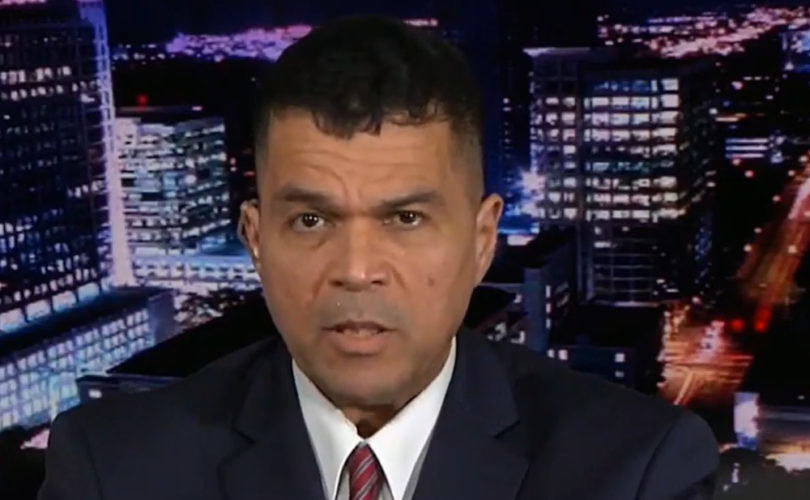 (LifeSiteNews) – A former adviser to COVID Pandemic policy for the U.S. Department of Health and Human Services (HHS) criticized the U.S. government Thursday for circumventing due diligence in its approval of the vaccines against COVID-19, stating that “it is actually incomprehensible what has been done right now.”

Dr. Paul E. Alexander is a former faculty member at McMaster University in Canada and now serves as Director of Evidence-Based Medicine and Research Methodology for the Truth for Health Foundation. He also leads the newly formed “citizens’ data safety advisory committee” on the COVID jabs, launched by the Truth for Health Foundation during its most recent “Stop the Shot” conference, which aired Thursday at LifeSiteNews.

Speaking at the conference, Alexander criticized the method and timescale under which the COVID shots have been approved and rolled out to the general public. “Normally vaccines take anywhere from about 8 to 10 to 12 to as much as 15 years from conception” before being produced en masse, Alexander said. “But we have a situation right now where we have these vaccine developers in conjunction with the FDA and NIH and CDC, to an extent that they have brought vaccines to the public in three to four months.”

“This is a real problem,” Alexander noted, owing to the lack of time-tested information regarding the efficacy of the jabs. Moreover, the research scientist warned against simply counting on the efficacy of a drug to prove its usefulness and safety. In fact, he said that it is “maybe more important” to consider “evidence of harm, and if those harms, those risks supersede the benefits, then that medical device, that drug, that vaccine, cannot be brought to market […] That trial has to be stopped.”

When the FDA approves a drug or vaccine, they are confirming that the benefits of the medicine outweigh any risks involved in taking the drug, Alexander explained. He added that some risks are considered acceptable, as they are not life-altering, and that some should even be expected. Soreness at the site of injection and a slight fever are modest risks, he said.

— Article continues below Petition —
PETITION: No to mandatory vaccination for the coronavirus
Show Petition Text
1081777 have signed the petition.
Let's get to 1100000!
Thank you for signing this petition!
Add your signature:
Show Petition Text

However, “if in running the safety portion of the trial, we see that the risks are way greater than the benefits, then that’s a problem. And in that case, the trial has to be stopped.”

“In this case, for these vaccine trials, the proper animal testing, the proper safety testing was not done. The duration of follow up clearly is not there.” In fact, Alexander lamented that “we cannot properly state what the safety signals are … because it was just not studied. The information is not available to anyone, to no one in the public, to scientists, to clinicians. We are just going based on what these vaccine developers and the FDA are saying.”

Deborah Conrad, a physician’s assistant based in New York, told the conference that the hospital in which she works has seen “unprecedented amounts of patients” come in with conditions that would not normally affect someone of their age or without a history of ill health, all of whom had taken a COVID shot. Accordingly, seeing the FDA approve the Pfizer jab is “terrifying to me,” she said.

Conrad explained that, from around March 2021, she began encountering among patients higher levels of “hypoglycaemia … kidney failure, we’re seeing a lot of sepsis … urinary tract infections, pulmonary embolisms … idiopathic strokes.” The patients often ask, Conrad stated, if the vaccine is to blame for their sudden condition.

So egregious is this breach of safety protocols that the medical expert suggested the Nuremberg Code, the international code of ethics drafted in 1947 following the Nuremberg Trials, had been broken.

The trials saw several scientists and doctors being heavily punished for subjecting people to inhumane experiments. The Nuremberg Code “seeks to protect people who partake in medical research,” Alexander explained. “And the issue is to protect their safety, to make sure there is informed consent, to make sure that there’s no unnecessary procedures applied to them.”

The first principle listed in the code is that “[t]he voluntary consent of the human subject is absolutely essential,” meaning that force, coercion, and duress are considered illegitimate means of making individuals partake in a medical experiment.

Additionally, the code affirms that experiments, such as developing a vaccine for public use, “should be such as to yield fruitful results for the good of society, unprocurable by other methods or means of study, and not random and unnecessary in nature.”

Alexander noted that the manufacturers of the currently available COVID jabs decided to “circumvent use of animal studies, proper toxicity studies, … pharmacodynamic studies, the reproductive toxicity studies were not done for these COVID vaccines.” Participants must be duly informed to be able to give their informed consent,” he added, “and that means explaining to the participant the benefits and the harms.”

“Right now, I would sit here and say we probably cannot point to one individual in this entire world, not just the United States, the entire world, who has been properly consented for informed consent,” said Alexander. “Taking a vaccine is not just ‘sit over there, roll up your sleeves, and let me give you this jab.’ Taking a vaccine involves you having been explained the benefits and the harms based on your own risk profile … it has to be somebody who knows you like your medical provider, your clinician, etc., not someone working in a CVS pharmacy or a Wal-Mart or drive-to car park. It is actually incomprehensible what has been done right now.”

Examining the Nuremberg Code alongside a group of scientists, Alexander concluded that “all 10 tenets of the code … include voluntary participation… we found that these vaccines violated all ten.”

Therefore, “the FDA right now is in a very questionable position, especially with this president who’s now pushing to give full FDA approval of the Pfizer,” a pursuit that came to fruition Monday when the FDA granted Pfizer’s mRNA shot its “full approval.”

This is problematic according to Alexander, who said that despite the FDA’s ruling, it is clear that “the vaccines have failed.” There are reports of “breakthrough infections with the Delta variant for those who have been vaccinated,” the doctor noted, “so much so that they are talking about a booster.”

“If the second vaccination failed, why would you give a booster?” he asked. “Wouldn’t the booster not also fail? All of this is nonsensical, very nonsensical.”