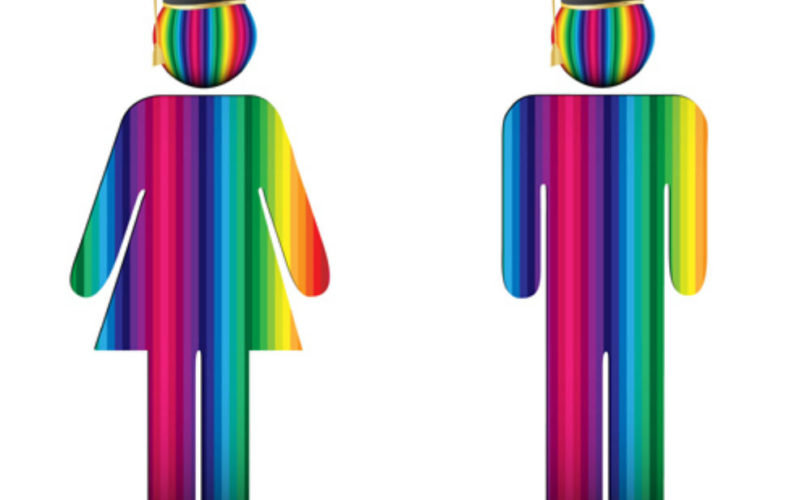 February, 17, 2015 (cardinalnewmansociety.org) – Santa Clara University hosted an on-campus “Rainbow Prom” on February 6 for “people of all genders and sexualities,” according to an article published by The Santa Clara. The article made no mention of Catholic teaching on sexuality, and an event description encouraged all students to bring a same-sex date to the prom.

The Rainbow Prom has been held for the past five years and has reportedly become “one of the most popular on-campus events of the year” with “hundreds of students” in attendance. Last year’s prom was titled “Say ‘I Do’ to Marriage Equality.”

The Catechism of the Catholic Church teaches that men and women with homosexual tendencies must be treated with “respect, compassion, and sensitivity,” but that “homosexual acts are intrinsically disordered” and “[h]omosexual persons are called to chastity.”

This year’s “Rainbow Prom 2015: Big Queer Party” was described in the article as “a night where people of all genders and sexualities can feel free to enjoy a dance in a safe space and educate others on the LGBTQ experience.”

“All students are welcome to bring whomever they want to share the night with, but you are encouraged to bring a same-gender date in order to establish a prom environment that caters to LGBTQ students in a way that most proms don’t,” an event description stated.

According to the Santa Clara, the prom was hosted by Gay and Straight People for the Education of Diversity (GASPED), an official LGBTQ resource on campus listed under the University’s Office for Multicultural Learning. Included in the GASPED description is a list of “Out staff and faculty.”

The program coordinator of GASPED told the Santa Clara that the event’s focus was “on queer empowerment, queer history, the queer movement and what it means to be queer on this campus and in the world.”

The Vatican statement entitled “Considerations Regarding Proposals to Give Legal Recognition to Unions Between Homosexual Persons” warns against “exposing young people to erroneous ideas about sexuality and marriage that would deprive them of their necessary defenses and contribute to the spread of the phenomenon.”

However, GASPED’s coordinator remarked in the article:

The goal is a big celebration of the LGBTQ community… Whether that’s those individuals celebrating themselves, allies celebrating that they exist or just celebrating our efforts to try and make Santa Clara more visibly accepting, we want to give people the opportunity they may not have gotten in high school.

According to advertisements for scheduled events in 2015, the Office for Multicultural Learning hosted an event on January 29 called “Beyond the Binary: Exploring Transgender and Genderqueer.” On March 4, an event titled “Being LGBTQ and Catholic” is scheduled, though there is no mention of Catholic teaching being integrated.

The Cardinal Newman Society reached out to the Office for Multicultural Learning for comment on the reasons behind hosting the Rainbow Prom, especially given Catholic teaching, but no response was received by time of publication.