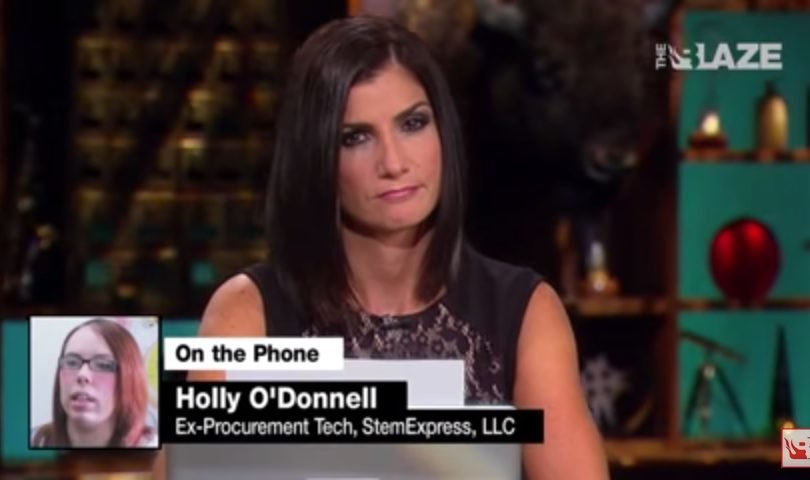 ALAMEDA, CA, August 19, 2015 (LifeSiteNews) – If you take away only one thing from the series of undercover videos revealing Planned Parenthood's harvesting and sale of aborted babies' organs, what should it be? The woman in the last several videos – Holly O'Donnell – has a simple answer.

She wants the millions of people who have seen the videos to know that the crime and carnage are real.

“If you could impart one message to people who have seen these videos…what's the one thing that you want them to walk away with?” Dana Loesch asked O'Donnell when she joined her on The Dana Show, on TheBlaze TV, last week.

“I wouldn't be putting myself out and speaking if they weren't true,” she said. “I wouldn't put my life at risk if this wasn't true. Why would I put myself in this vulnerable a position if I didn't feel so strongly about it?”

“A lot of people believe it's political. It's not political. I'm not really a political person,” she said. “I've never been a part of anything like this.”

“I just want them to know it's my testimony. The people will decide,” she said.

It's not her testimony alone. In the interview, she alluded to a second StemExpress employee who could verify her allegations.

She did not publicly name the ex-employee who contacted her after the videos came out.

“He agreed with me about everything he saw at StemExpress – the illegal activity,” she said.

Cecile Richards and Planned Parenthood's PR firm have said that the CMP has misconstrued their activities. The abortion provider says it is engaged only in fetal tissue donation, and that it gains no financial benefit from donations offered by StemExpress to offset its costs.

“There is no financial benefit for tissue donation for either the patient or Planned Parenthood,” said Eric Ferraro, the vice president of communications for Planned Parenthood Federation of America. The company's PR material referred to selling aborted babies' body parts as a “humanitarian undertaking.”

In the interview, O'Donnell said the environment inside the Planned Parenthood facilities where she worked “was like sales.”

O'Donnell is just happy to be away from the horrors she saw inside California's Planned Parenthood facilities.”I'd rather work for $8 an hour somewhere instead of having nightmares.”

Below are the two video segments. The first contains her description of her job as “like sales.” The closing moments of the second contains her defense of her integrity.