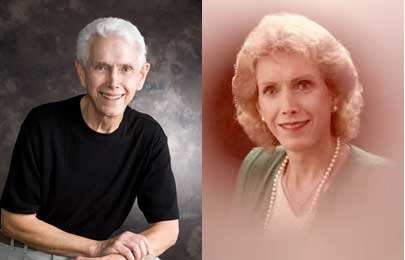 October 26, 2015 (MercatorNet) — At the age of 42, Walt Heyer was married and had two children. But he had felt for years that he was stuck in the wrong gender. So he fully transitioned and emerged as Laura Jensen. After living as a woman for eight years, he realised that he had made a terrible mistake. Now he has detransitioned back to his birth gender and provides encouragement to people who regret their gender change.

Walt Heyer: I was also “perfectly happy” with my gender change for about eight years. No one knows if Jenner will remain happy. It has been only a few months and he has had great financial benefit. When the cameras are no longer rolling and reality sets in, things could change very quickly for Jenner.

MercatorNet: You have been very harshly criticised for your “transphobia” in the media. Does that trouble you?

Walt Heyer: Name calling is hardly a good argument. When people call me names it says much more about them than it does me. The goal of the activists is to silence anyone who disagrees with their agenda.

MercatorNet: Why don’t we hear much about people who have “detransitioned”, like yourself?

Walt Heyer: There is an important reason. They are so ashamed and devastated about their mistake that they do not want to come forward.

MercatorNet: Civil rights for transgender people is the new frontier for human rights, it seems. But barely 10 years ago, it was scarcely a blip on the radar. How did it become so popular?

Walt Heyer: Over a decade ago, there were transvestites, drag queens, cross-dressers and sexual fetishes. Today the reason there is such an explosion in the numbers of transgenders is because those categories no longer exist. Everyone who previously would have identified as one of those is now included in the category of transgender and encouraged to transition.

I think the expansion of the power of LGBT political and sexual activists, along with political correctness, has moved the cause of civil rights for transgenders beyond what anyone could ever have imagined.

In my view this “frontier” ignores the greater need to provide effective and sound diagnosis for transgenders. It is politically incorrect to point out the science that shows transgenders suffer from undiagnosed co-morbid disorders that cause the desire to change genders. The lack of effective diagnosis and treatment of co-existing disorders in transgenders, evidenced by the high rate of suicide attempts, is covered up by the call for civil rights. The politicizing of a medical issue has hindered research and thereby harmed those who suffer from gender dysphoria.

MercatorNet: What is known about the origin of gender dysphoria, or the yearning to live as a different gender? Are people born as transgender?

Walt Heyer: There is no evidence that transgenders are born that way. There is, however, evidence that they are suffering from untreated mental disorders such as bipolar disorder, dissociative disorder, separation anxiety, schizophrenia, and personality disorder. I go into this in depth in my book, Paper Genders.

MercatorNet: Do many transgender people regret their decision? Is suicide an issue? What does transitioning do to their relationships?

Walt Heyer: According to a survey published last year by the Williams Institute, a think tank for LGBT issues at UCLA School of Law, 41 percent of transgenders attempt suicide. I believe that attempting suicide is a sign of regret. Transitioning has good and bad outcomes on relationships. Even Jenner is beginning to experience some of his kids wanting to distance themselves from him. Generally, a parent’s transition has a devastating effect on their children.

MercatorNet: Nowadays there seems to be an increasing number of youngsters – from prepubescent children to teenagers – who are preparing for sex change operations. Is this wise?

Walt Heyer: Studies show 77 to 94 percent of young people who identify with gender dysphoria will not identify as gender dysphoria as adults. In other words, they grow out of it. The media will show the young people as happy early on. Everyone is happy early on. But the media doesn’t show them years after, when their feelings change, which goes back to the point about regretters not wanting to go public. The media will not talk about the alcoholism, drug addiction, homelessness, poverty and suicide as the real picture of the transgender life.

MercatorNet: What do you think of the ethics of the surgeons and psychiatrists who manage the sex change?

Walt Heyer: The staggering statistics on attempted suicide prove that sex change isn’t working. Long-term follow-up to assess the effectiveness of this so-called “treatment” is non-existent. They are experimenting on hurting people. The ethics get lost. The psychiatrists neglect to assess and treat co-morbid mental disorders.

And then there’s the money and prestige. Surgeons make over a million dollars a year for performing the sex change surgery.

MercatorNet: Why don’t we hear much about people who have “detransitioned”, like you.

Walt Heyer: I hear from them every week. They contact me because I understand and am willing to listen and help. You yourself pointed to the treatment I get from the media because I have detransitioned and have the audacity to talk about it publically. The ones who contact me are hurting, often to the point of suicide, about the magnitude of the devastation they have brought upon themselves. They wouldn’t withstand the harsh criticism. They know that the activists will treat them with disdain and worse.

Walt Heyer is an author and public speaker with a passion for mentoring individuals whose lives have been torn apart by unnecessary gender-change surgery. For more information visit his blog or his website, www.sexchangeregret.com.