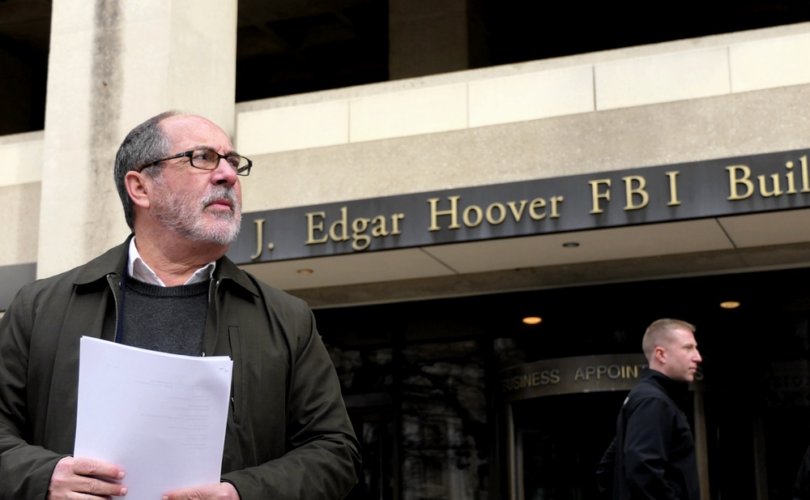 WASHINGTON, D.C., April 8, 2021 (LifeSiteNews) ­– The Presbyterian minister who filed a federal lawsuit after being denied permission to hold a Good Friday service at the U.S. Capitol has no plans to stop fighting.

Reverend Patrick Mahoney, an ordained minister in the Reformed Presbyterian Church, now aims to amend his original complaint and apply to hold a Pentecost prayer service at the same location in May.

He anticipates bringing the issue back before the federal courts.

“This is really quite a large case,” Mahoney said in a phone interview Wednesday. “It’ll have a major impact not just on D.C. but around the nation.”

On February 2, weeks after razor-wire fences and National Guard units were installed around the Capitol following the January 6 riot, Mahoney applied for a permit to hold his traditional Good Friday prayer vigil on the Lower Western Terrace of the U.S. Capitol.

The vigil has been an annual tradition for over three decades, including last year during the first weeks of the coronavirus pandemic.

However on March 24 of this year Mahoney’s request to hold the service was rejected.

“In closing the sidewalks and public areas around the Capitol,” the suit reads, “Defendants have effectively created a no-speech zone around the nations [sic] Capitol. Defendants prevent any First Amendment activities on/in these areas, even though no specific threat to the Capitol has been identified in justification.”

Reverend Mahoney said he is concerned that the current conversations in Washington regarding Capitol security do not include questions of free speech and other activities protected by the First Amendment.

He said he and his legal team are “aggressively trying to change that narrative.”

“I think our lawsuit was just at the perfect time,” Mahoney said, “because we had now suddenly this flashpoint where Speaker Pelosi and Vice President Harris are named defendants in this federal lawsuit that we can have these public discussions about First Amendment activities. Our whole premise was we want the people’s house returned back to the people. We want the grounds of the Capitol once again to honor and respect free speech and the First Amendment. And there is a major concern in our hearts that if they can prohibit and ban peaceful First Amendment activities on the grounds of the United States Capitol, then free speech is at risk in every community across America.”

Mahoney noted that the Capitol is presently open only to legislators, staff, vendors, and members of the media, but not ordinary Americans. “The people’s house is closed to the people,” he said.

For Mahoney, who has spent decades fighting for human rights in China and Hong Kong, the restrictions on First Amendment rights at the U.S. Capitol, and in American culture more broadly, are eerily reminiscent of incursions made by the Chinese Communist Party against Hong Kong democracy.

“We talk about a term that’s been popular, and becoming even more so over the last two or three years: ‘cancel culture.’ Well, the CCP invented cancel culture,” Mahoney, who was arrested in 2008 during the Beijing Olympics protesting forced abortion, said.

“One of the most dangerous things people can say in our country is this: it can’t happen here in America,” he said. “And my response is: ‘oh yes it can.’”

“We’re developing this sort of elite class made up of progressive politicians, high tech, and the establishment press, which is literally following the same playbook of what we are seeing happen to the young freedom-fighters in Hong Kong,” he warned. “It’s exactly line-for-line. And it’s terrifying.”

The minister urged Americans to stay informed and to pray. “Now is the time for boldness, and courage, and passion, and commitment, and we have to stand,” he said.

Mahoney said he intends to apply for a permit for his upcoming Pentecost service next week. He anticipates that it will be denied, at which point he plans to take the matter up with the federal courts again.