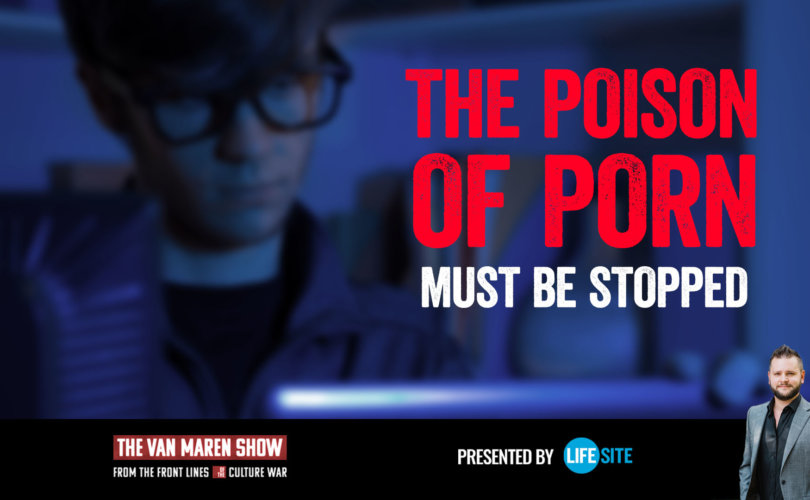 Schilling is the Executive Director of the American Principles Project (APP), an organization dedicated to supporting family values and their expression in politics. APP has been at the center of the debate on an important pro-family issue: pornography. This debate has surprisingly divided even the conservative movement. Libertarians oppose government regulation and intervention. Other conservatives want to ban pornography completely. Still another faction wants to only add an age verification requirement.

In today’s episode of The Van Maren Show, Jonathon Van Maren and Terry Schilling delve into the debate surrounding governmental regulations on pornography, today’s pornography-related laws, and what Schilling proposes we do to protect our children and our culture.

The average age at which children today are exposed to pornography is just 11.

This wasn't always the case. In 1996, the Communications Decency Act (CDA) was passed. It was designed to restrict children's access to pornography on the internet, similar to the Federal Communications Commissino (FCC) indecency regulations followed by TV and radio.

In 1997, in Reno v. American Civil Liberties Union, the Supreme Court ruled that the age verification requirements imposed by the anti-indecency provisions of the CDA were too much of a burden to pornography users. Since then, access to pornography has been largely unrestricted.

The court argued that the Internet was not as easily accessible as radio and television and therefore was not required to follow the same standards that prevented the transmission of obscenity across airwaves.

Schilling points out that despite this ruling, as the Internet grows, other statutes on the books that restrict the transmission of obscenity across airwaves basically apply to pornography, but they just aren’t being enforced.

Schilling proposes a balanced solution that can gain partisan support and stand up to court challenges. He recommends implementing a solution with which Great Britain has experimented: allow people to order their Internet with or without access to adult content.

Schilling explains it would be similar to cable packages in that users can order regular (filtered) Internet or unrestricted (unfiltered) Internet. Another option Schilling proposes is a true age verification – more than just checking a box verifying that a user is over 18.

Schilling outlines his strategy for forming a broad coalition uniting both Democrats and Republicans. The focus would be on banning revenge pornography, “deepfake” pornography (imposing someone’s face onto pornography actors), and adding an age verification to pornography sites.

Both Schilling and Van Maren see this as only the beginning of the fight. At American Principles Project, Schilling’s goal is to unite families and engage families around political issues impacting them.

With this activation of the family, Schilling sees the debate on pornography as one that can easily be won.