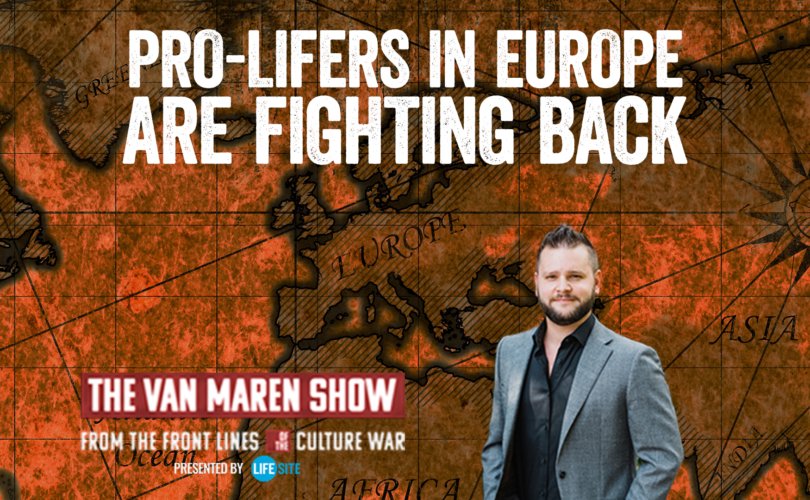 March 3, 2021 (LifeSiteNews) — In this episode of The Van Maren Show, Austrian pro-life activist and head of ProLife Europe Manuela Steiner, joins Jonathon in a discussion on the state of the pro-life movement in Europe.

Steiner details how she herself became involved in pro-life activism, how she and ProLife Europe are advocating for life, and some of the opposition they are receiving. She describes that her passion for protecting the unborn began when she was growing up, for instance by hearing her mom tell the story of how her doctor suggested she get an abortion.

Steiner says that “the final boost” that made her enter the pro-life movement was after reading Abby Johnson’s autobiography Unplanned. In 2019, Steiner began taking part in volunteer pro-life activities in Austria, and shortly thereafter started her own group. Before founding ProLife Europe, Steiner was part of the Austrian Youth for Life. After taking inspiration from Students for Life of America, Steiner moved to organize a pro-life group geared towards university campuses.

Steiner also talks to Van Maren about the current status of abortion in Austria. Although “officially abortion is still illegal … it’s unpunished [if] a few conditions [apply], which basically makes it legal for everybody,” she explained. The law allows for “abortions possible up until the 12th week,” with no counseling or waiting periods, as well as abortion until birth for when the baby has a disability, the mother’s health is in danger, or the mother is under age 14, she added.

Steiner says that violence is increasing at pro-life events all over Europe, especially in Germany. Nevertheless, Steiner remains hopeful that “the stronger the left-wing extremist side … grows, the stronger the pro-life side grows,” as well.