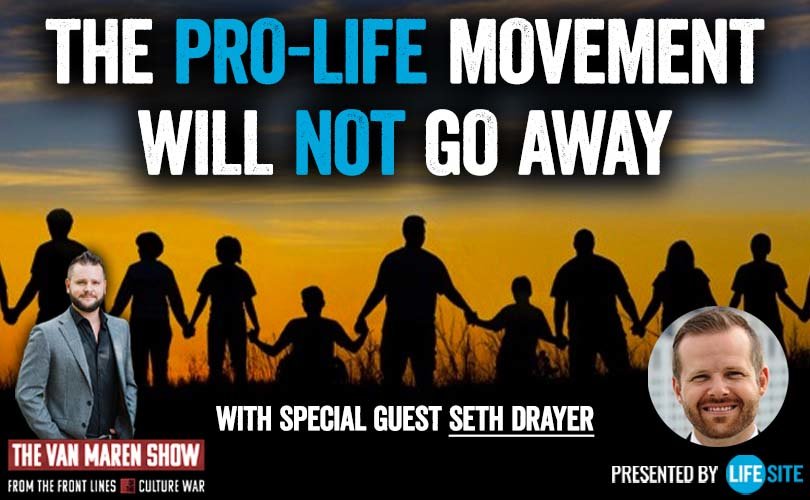 (LifeSiteNews) — A pro-life activist working on college campuses joined The Van Maren Show this week to discuss the difficult efforts to change young people’s hearts and minds on abortion.

Seth Drayer is the vice president of Created Equal, an organization which goes to campuses, schools, and abortion facilities attempting to win the issue of abortion at the local level. Jonathon Van Maren sat down with Drayer to get his take on what outreach at colleges looks like today, as well as the state of the pro-life movement more broadly.

Drayer pointed out how the pro-abortion side has become fearful that Roe v. Wade will soon be overturned and that the issue will return to the states. He mentioned that this has led to a change of tactics for “pro-choicers” as “they want to make abortion positive.”

To counter this, Drayer remarked that one effective tool has been using abortion-victim photography to show young students the reality of what they are supporting.

Drayer also described that an increasing environment of moral relativism on college campuses has created others obstacles for the pro-life movement. He stated that moral values based on Christianity have been wiped out and replaced with the idea that it’s “objectively moral for women to kill their children.”

Drayer encouraged pro-lifers to continue the battle for life even if Roe is overturned and abortion is no longer legal. “A lot of cultural battles are seen by a lot of people to be lost. We shouldn’t give up those battles today … The pro-life movement has not and will not go away.”