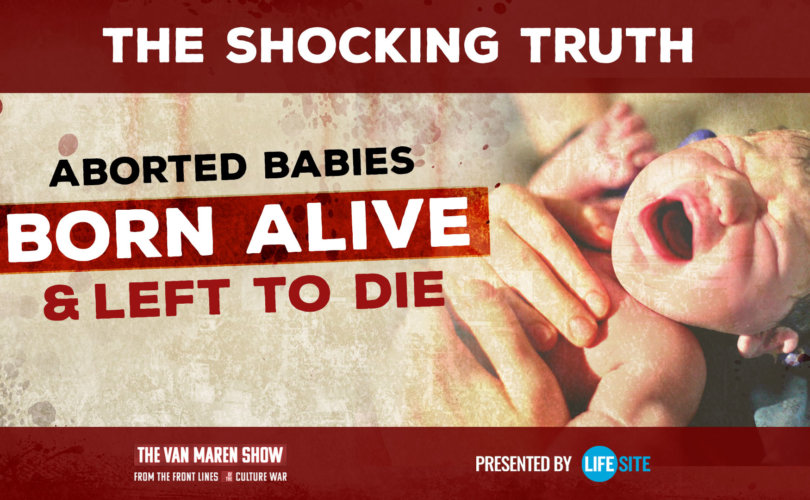 October 31, 2019 (LifeSiteNews) – Jonathon Van Maren kicked off this week’s episode of The Van Maren Show by reminding his listeners that hundreds of babies born alive during abortions are simply left on their own to die.

Jill Stanek joins Van Maren to discuss these horrors as well as those mentioned at the Planned Parenthood baby body parts trial against David Daleiden. Stanek was a nurse in Illinois in 1999 when she discovered that babies born alive after failed abortions were purposefully neglected and left to die.

Stanek shares what brought her to expose the truth about these horrific deaths, explaining that her pastor advised that she “follow what Jesus said to do in Matthew 18. Go first to them privately. Then you take a couple of witnesses privately and then you go public.”

One year later, Stanek was called to testify before a U.S. House Committee about the Federal Born Alive Infants Protection Act. This bill laid the foundation to protect babies born alive during abortions. Van Maren asked clarification from Stanek on the difference between that law and the current bills that pro-lifers are attempting to get passed.

Stanek tells listeners that the abortion procedure that most frequently results in babies born alive is usually committed on infants between 19 and 28 weeks gestational age. These kinds of procedures are happening all over the world, she says, with hundreds of babies being born alive and cast aside to die alone.

Van Maren and Stanek also tell stories from the pro-life movement, analyze President Trump versus previous pro-life presidents, discuss the liberal mainstream media, and share the amazing work being done by the Susan B. Anthony List in the United States. While some of what they say is very disturbing, it is vital for every pro-lifer to hear the truth.

The details Stanek shares line up with what the Center for Medical Progress is trying to expose as it battles Planned Parenthood in court. Watch or listen today, and share with your friends and family.