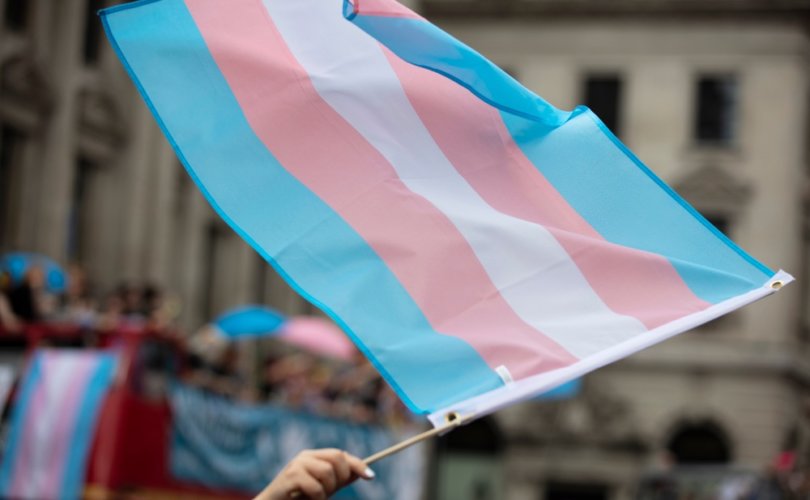 (LifeSiteNews) – Over the past several months, stories from the U.S., Canada, and across Europe have indicated a growing awareness that the transgender experiment we are currently conducting on hundreds of thousands of children is having a permanent impact on their lives. In Canada, with the exception of journalists such as Barbara Kay (National Post) and Jonathan Kay (Quillette), it has been left to the alternative media and a handful of activists to raise the alarm, with the mainstream media almost completely ignoring the subject. Meanwhile, so many children in Canada are identifying as “transgender” that a new directive from the Children’s Hospital in London, Ontario, advises general practitioners to take matters into their own hands.

I spoke with Chris Elston, an activist combatting gender ideology in Canada, on where we are.

What is contained in the new directive from the Gender Pathways Service at Children’s Hospital in London, Ontario?

Due to overwhelming demand for puberty blockers, the gender clinic at London’s Children’s Hospital is now recommending that general practitioners – who likely know next to nothing about gender dysphoria – administer Lupron to children before these kids have even had an initial assessment by the so-called experts at the Gender Pathways Service:

There is an extended wait time for an initial assessment through GPS. Given the distress that can be associated with Gender Dysphoria, we have also included information on puberty blockers that can be started prior to their initial appointment. We have included a Lupron Depot® Information sheet and an Informed Consent for Lupron Depot® for Youth with Gender Dysphoria to be used at your discretion.

How difficult is it for children to get puberty blockers or to begin getting a “sex change” in Canada?

The standard across Canada now is to practice what is known as “gender-affirming care” or “affirmation only” which means doctors will simply accept a child’s self-diagnosis as being the opposite gender. On the first appointment with an endocrinologist they will be started on puberty-blocking drugs, or receive cross-sex hormones which immediately start causing permanent physical changes and damage.

Is this becoming increasingly common over the past several years?

The number of children presenting as “transgender” has exploded several thousand percent over the past number of years. This same trend has been seen all over the western world. Canadian hospitals don’t release exact numbers of patients but where there used to be a handful of gender clinics across North America, we now have several hundred. The Tavistock Clinic, where all the children in England were sent to, saw more than a 4000% increase in referrals. Similar numbers exist here. This coincides with changes in school curriculum where gender identity ideology is now taught as though it is scientific fact, when in reality it is nothing more than a pseudo-religious ideology.

What is the drug Lupron, and why is it being prescribed to kids?

Technically, Lupron is a gonadotropin-releasing hormone agonist used to treat prostate cancer, breast cancer, endometriosis, and uterine fibroids. It has also been used in the past to chemically castrate pedophiles. It is now being used off-label – having never been approved by the FDA or Health Canada – to stop puberty in kids who want to change their sex. It stops the production of testosterone in boys and estrogen in girls. Because of this, their bodies do not develop their sex-based characteristics. Girls’ breasts won’t grow, their hips won’t get wider, sex organs won’t develop, and one of the side effects is that children suffer bone loss. A young girl in Sweden just suffered spinal fractures, is in chronic pain, and has osteopenia because of taking Lupron for three years.

Virtually all of these children have other mental health comorbidities going on, and the children showing up at gender clinics today do not have traditional gender dysphoria that starts from a very young age.

These are primarily girls who are just having a tough time in puberty. They are depressed, anxious, have experienced trauma or abuse, and are being sold a lie that they might be “born in the wrong body” and really have a boy brain. This entire ideology relies on sexist, regressive stereotypes. If a child isn’t fitting into the stereotypical norms, they are becoming convinced this means they are transgender.

What we should be telling these children is that there is no right way to be a girl or a boy. If a girl is a tomboy, great! It doesn’t mean she’s an actual boy!

Children are taught they can simply “transition” to the other sex and this will cause their problems to go away. A huge percentage of these kids are on the autism spectrum. We know from the Tavistock in England that 372 out of 1069 children had “moderate or severe autistic traits.”

Historically, gender dysphoria was very rare and affected one out of thousands. The vast majority of these children with severe and prolonged gender dysphoria grew out of it. The majority grew up to identify as homosexual.

But their own natural hormones that come with puberty were the cure for their dysphoria. Now, gender clinics are simply affirming all of these children, blocking their hormones, and starting them down a medical pathway which causes irreversible harm.

What are the long-term effects of these treatments on kids?

One of the side effects of puberty blockers and cross-sex hormones is infertility. Our society is literally sterilizing kids and calling this “love and acceptance.”

Dr. Marci Bowers, a trans-identified male and the president of the World Professional Association for Transgender Health, has recently admitted that all of the boys who start on puberty blockers at Tanner stage 2 will never have any sexual function.

Our society is taking a generation of “gender non-conforming” and neurodivergent kids and turning them into infertile, anorgasmic, lifelong medical patients forever reliant on exogenous hormones.

For girls, after four or five years on testosterone, many of them have to get hysterectomies because of the vaginal and uterine atrophy that it causes. Some are even getting oophorectomies where their ovaries are removed. If they decide to “detransition” in the future, they can no longer produce estrogen. It is also considered “gender-affirming care” to cut off the breasts of children. No, they do not have to wait until they are 18.

The consent forms that children sign literally state that we do not have the long-term information associated with these treatments. If we don’t have the information, how can a child possibly give “informed consent.”

What do you think Canadians should be doing about this?

We should all be doing whatever we can within our sphere of influence to raise awareness about what’s happening. If we have to step outside our comfort zone to make a difference, then that’s what we have to do. This is the biggest child abuse medical scandal in our lifetimes. We’ve never seen anything like it.

Lawyers should be filing lawsuits, we should all be filing complaints with medical associations, and parents need to fight to get gender ideology out of schools.

Parents need to get informed, keep their kids off social media, and have conversations with their children. Our kids need to know the truth before some ideologue in school or on social media indoctrinates them into the cult of gender ideology.