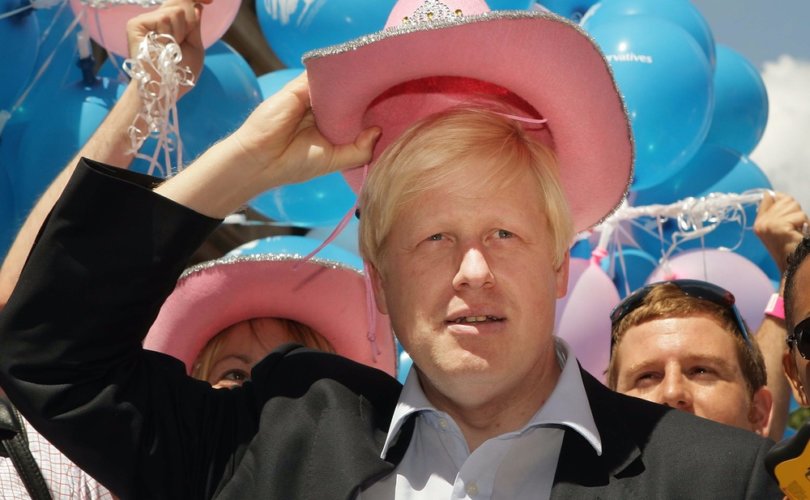 LONDON, England, December 19, 2019 (LifeSiteNews) – After last week’s general election, the United Kingdom now has the “gayest parliament in the world,” according to U.K. media.

A high number of the U.K.’s new and returning members of parliament (MPs) – including members of the governing Conservative party – identify as homosexual or bisexual.

An article in The Sunday Times last weekend stressed both the “socially liberal” perspective of many of the U.K.’s new political representatives and the high representation of MPs who identify with homosexuality or bisexuality:

Looking at this youthful group gives a fascinating insight into the future of the Tory [Conservative] party. There is not an Old Etonian in sight, and 24 are openly gay or bisexual, the most of any party. Labour has at least 18 — boosting the total to more than 50 LGBT MPs. Westminster is now the “gayest parliament in the world”.

This means that MPs identifying as homosexual or bisexual make up almost eight percent of the U.K.’s parliament and almost seven percent of the Conservatives’ 365 elected MPs.

Earlier this year the U.K.’s Office for National Statistics released a study which suggested that homosexuals or bisexuals made up just two percent of the U.K.’s population in 2017.

In The Sunday Times article, one of those new Conservative MPs, Mr. Jacob Young, cites his engagement to be “married” to a man as proof of his socially liberal credentials.

They all have modern views to match their youth too. When asked if he was socially liberal, Jacob Young, a former chemical worker who is now MP for Redcar, replies: “Well, I’m engaged to a man.” The 26-year-old now hopes to marry his partner, Jack, in the Chapel of St Mary Undercroft in the palace of Westminster.

Last week’s election has been widely described as the worst result for the Labour party in decades and was also very disappointing for the Liberal Democrats, who won just 11 seats and whose leader failed to be reelected to parliament. Both of those parties made the decriminalization of abortion and the promotion of LGBT prominent aspects of their election manifestos. By comparison, the Conservative party manifesto contained no references to abortion or “reproductive rights,” and just two references to LGBT policies.

But last week pro-life campaigners warned that the Conservatives have a history of introducing abortion legislation not mentioned in their election manifestos. In 2010, it was a Conservative-led government which introduced same-sex “marriage” – again without it having appeared in their manifesto.

Now-Prime Minister Boris Johnson, then an MP and mayor of London, famously said of same-sex “marriage” on Sky News in December 2012, “Let’s whack it through [Parliament].” The Sunday Times article noted that while Boris was mayor of London he led the city’s homosexual “pride” march, wearing a pink diamante cowboy hat. Earlier this year Johnson promised to continue to promote LGBT causes if elected Prime Minister.

Salute all those celebrating #PrideInLondon today. I have fond memories of my pink Stetson march as Mayor! Britain leads the world in LGBT+ equality and I'll continue to champion the cause if I am lucky enough to become our country's Prime Minister ��️‍������ pic.twitter.com/1f9vvXKPJ0

It was a Conservative government which earlier this year imposed same-sex “marriage” on Northern Ireland as part of a wide-ranging act that also introduced abortion legislation to the region. In addition to electing MPs to the U.K. parliament in Westminster, Northern Ireland has its own regional government with the right to decide whether particular U.K. legislation will apply to the region.

There is the possibility that the rights of individual teachers to refuse to instruct children about same-sex “marriages” or religious ministers not to be involved in such “weddings” – rights which are guaranteed in the rest of the U.K. – may not be protected under Northern Ireland’s new laws.

In November, the U.K.-based Christian Institute wrote to Julian Smith, the Secretary of State for Northern Ireland, pointing out that “[c]hanges will need to be made to at least four different pieces of NI equality legislation” in order to protect churches in Northern Ireland from having to be involved with same-sex “weddings.” Government guidance will need to be introduced in order to protect teachers’ freedom of conscience, the Christian Institute said.

The news that the U.K. has now elected the “gayest parliament in the world” is unlikely to cheer the groups fighting for such protections.