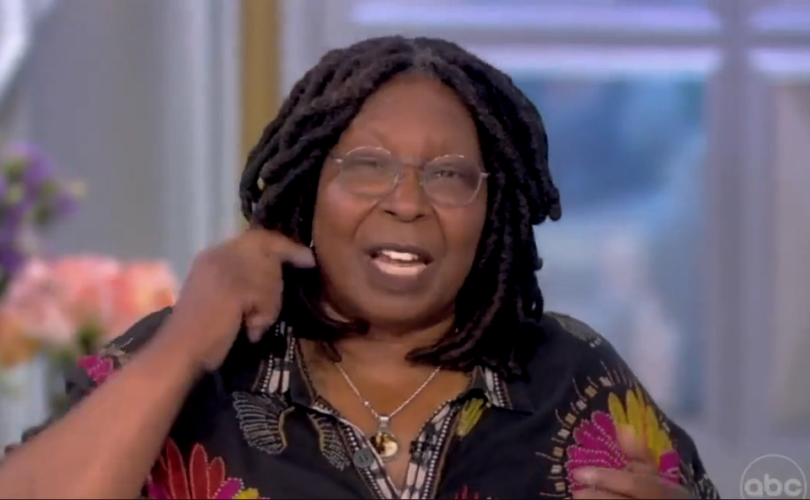 (LifeSiteNews) – ABC’s far-left talk show The View was forced to issue an apology to Turning Point USA on Wednesday after some of the hosts slandered the conservative student group by suggesting there was a “neo-Nazi” presence at their annual gathering.

THREAD: Yesterday, @TheView & Whoopi Goldberg smeared and lied about TPUSA regarding an incident where supposed “nazis” showed up outside of the Student Action Summit. pic.twitter.com/9xonX9jC25

Whoopi Goldberg smeared the organization after people identifying as Nazis attempting to crash the TPUSA even in Tampa, Florida. But those same people were turned away and forced out of the event.

Joy Behar piled on and made comparisons to Hitler’s right-hand-man Joseph Goebbels.

She stated, “Neo-Nazis were out there in the front of the conference with anti-Semitic slurs and, you know, the Nazi swastika and a picture of a so-called Jewish person with exaggerated features, just like Goebbels did during the Third Reich. It’s the same thing, right out of that same playbook.”

TPUSA threatened legal action for the misinformation peddled by the TV show.

Talking to lawyers. Many think we have a strong case. You cannot smear minors as Nazis and get away with it. It impacts them for the rest of their life. #SueTheView

A representative of TPUSA sent a cease and desist letter after consultation with its legal team.

As a result, co-host Sara Haines issued the retraction and “apologized for anything” said that was untrue.

“On Monday, we talked about the fact that there were openly neo-Nazi demonstrators outside the Florida Student Action Summit of the Turning Point USA group,” she said.

“We wanna make clear that these demonstrators were gathered outside the event and that they were not invited or endorsed by Turning Point USA,” she added.

The Western Journal called the forced retraction was a “case study in how to respond to a false media story aimed at conservatives.”