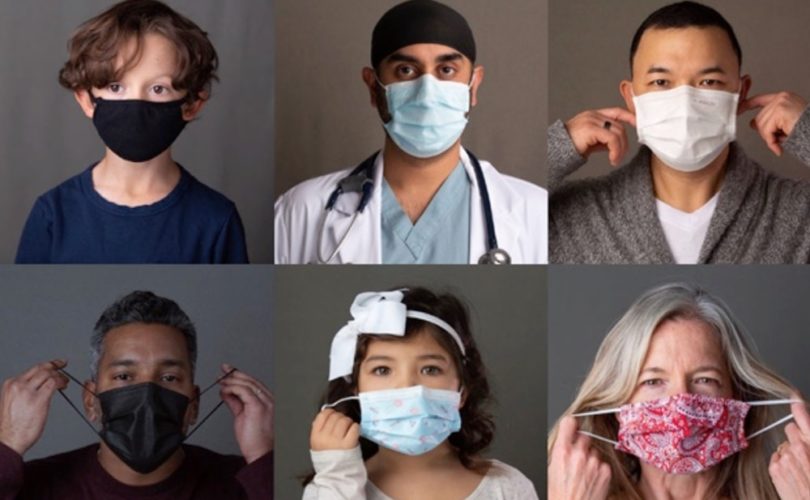 Photo from the new WHO report, 'COVID-19: Make it the Last Pandemic'WHO screenshot

May 20, 2021 (LifeSiteNews) – The pro-abortion World Health Organization (WHO) has released a report calling for greater authority for itself in countries around the globe, a global surveillance system, as well as billions more dollars in financing for itself.

In a report released this month entitled, COVID-19: Make it the Last Pandemic, a group called the “Independent Panel” established by the WHO, analyzed the global response to the Wuhan Virus and delivered a strong message for international changes.

They state, “Our message is loud and clear: no more pandemics.  If we fail to take this goal seriously, we will condemn the world to successive catastrophes.”

“On the basis of its diagnosis of what went wrong at each stage of the COVID-19 response, the Panel makes […] seven recommendations directed to ensuring that a future outbreak does not become a pandemic. Each recommendation is linked directly back to evidence of what has gone wrong. To be successful they must be implemented in their entirety.”

The panel is co-chaired Rt Hon. Helen Clark, former Prime Minister of New Zealand and H.E. Ellen Johnson Sirleaf, former President of Liberia and Nobel Laureate and includes eleven other professionals from around the world.

Patrick Wood, Editor in Chief of Technocracy News told LifeSiteNews that, were the recommendations of the report to be implemented, “the top political leaders of each nation would become the puppets of the WHO, whenever it decides to declare a pandemic.”

“The WHO is not and never has been independent,” Wood continued. “Rather, it is a key agency of the United Nations and subservient to its ideology. It seeks additional authority over nations and needs money to accomplish it. Nobody prevents a virus from spreading, so the call for more funding is spurious at best. After contributing to the current crisis, they want to prevent the next one?”

Wood told LifeSiteNews that “total surveillance” is  “the holy grail” of the “sustainable development” agenda, which he says can also be described as the “technocracy” agenda.

“This is a fast-track conduit/supply chain for Big Pharma to push its gene therapy shots and vaccines to a generally uninformed global citizenry,” Wood added.

The panel of eleven is far from “independent”. Two are associated with the elitist Trilateral Commission, two with United Nations agencies, one member of the Communist Chinese Party who was a principal in the COVID outbreak in China and all are UN ideologues. To my knowledge and study, when the United Nations calls for “independent” or “high level” panels, they are signaling the exact opposite. Those elitist/ideologues who populate such panels always and only promote one thing: Sustainable Development in all its forms and control over society.

Working together since September 2020, the panel says that it has “examined the state of pandemic preparedness prior to COVID-19,” as well as the global responses to COVID-19.

The world cannot afford to focus only on COVID-19. It must learn from this crisis, and plan for the next one. Otherwise, precious time and momentum will be lost. That is why our recommendations focus on the future. COVID-19 has been a terrible wake-up call. So now the world needs to wake up, and commit to clear targets, additional resources, new measures and strong leadership to prepare for the future. We have been warned.

In a 7-page summary document of the full report, the authors of the report state that “the initial outbreak became a pandemic as a result of gaps and failings at every critical juncture of preparedness for and response to COVID-19.”

According to the summary report these failings included “inadequate funding and stress testing of preparedness, despite the increasing rate at which zoonotic diseases are emerging.”

The authors of the report say that China was “quick to spot unusual clusters of pneumonia of unknown origin,” but that the procedures under the International Health Regulations were much too slow. Further, countries did not act quickly enough with an “aggressive containment strategy,” but rather took a “'wait and see' approach.”

As the virus spread, the WHO, trying to support the countries with advice and guidance, found that “Member States had underpowered the agency to do the job demanded of it.”

“Preparedness was underfunded and response funding was too slow,” they say. The result, they explain was “widening inequalities” in regards to the “impact on women and vulnerable and marginalized populations.”

The summary report concludes with seven recommendations that, if acted upon immediately (by fall 2021) will change the course of how the world deals with virus outbreaks.  The strongly iterate that their recommendations be “fulfilled in their entirety.”

The global recommendations are:

The so-called “Independent Panel” offers a timetable for immediate action. By September 2021, the WHO wants to see countries with a “vaccination pipeline” to begin providing at least 1 billion doses to lower income countries. Immediately, they are recommending that the WHO take charge to develop the roadmap to guide the globe to end the Wuhan Virus pandemic and that testing for the virus be “scaled up urgently” in low and middle-income countries. Further, as there is $19 billion US needed to purchase and develop more vaccines in order to vaccinate all the middle and lower income countries, they are requesting an immediate $11.4 billion of this cost be incurred by the G7 countries.

Entirely absent from this report is any analysis of the impact on society that these recommendations will have.  Further, the clear implication from the document is that the WHO believes it has made no mistakes in its response to COVID-19 thus far.  The report contains no analysis of the impact of the global response to COVID-19 on small businesses, the middle-class, mental health, the education of children, health of citizens, infringement on personal rights, or the enormous debt incurred by governments through the investment of billions of dollars in vaccines and other COVID-related costs.