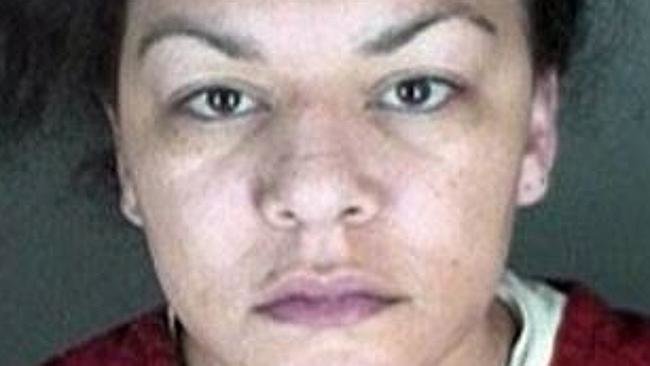 LONGMONT, CO, March 19, 2015 (LifeSiteNews.com) – A woman who allegedly lured a pregnant woman to her home with a false ad, cut the baby out of her body, and let the child die may not face murder charges, because Colorado law does not consider an unborn child a “person.”

But when the 24-year-old arrived at approximately 2 p.m. Wednesday afternoon, they say Lane assaulted her, cut her with a knife and broken glass, then “removed” the woman's child from her womb.

The victim, whose name has not been released, called 911 but was barely conscious when officers arrived.

“She cut me,” the woman said into the phone.

Police came to the scene by 2:30 and rushed the woman to Longmont United Hospital, where officials say she is recovering.

A few hours later, Lane and her husband arrived at the hospital, holding the baby's dead body. Lane, who worked for two years as a certified nurse's aide, said she had a miscarriage.

Longmont Police Commander Jeff Satur said that her husband apparently believed her story and is not considered a suspect.

Lane was placed under arrest at 7:54 p.m. and charged with first-degree attempted murder, first-degree assault, and child abuse knowingly and recklessly resulting in death.

One charge is notably missing from that indictment: Murder of the unborn child. That's because state law does not classify causing the death of a child inside the womb as a crime on par with a human being outside the womb.

Boulder County District Attorney Stan Garnett told the Associated Press, “The issues involving an unborn child are complicated under Colorado law. In most circumstances, if a child was not actually born alive, then homicide charges are not possible.”

A Catholic hospital once cited state law to defeat a wrongful death lawsuit, after an expectant father lost a pair of twins.

“This case highlights that America's moral decline has stuck a new low,” Troy Newman, president of Operation Rescue, told LifeSiteNews. “We have dumbed ourselves down so much that we can't see a murdered baby, killed in cold blood.”

“A three year old child can answer questions of right and wrong better than our deranged legal system,” he said.

“A baby is a baby – unless you sift the question through the evil monstrosity called Roe v. Wade,” he said. “Then, a baby is not a baby.”

“It reminds me of the George Orwell quote,” he said. “Some things are so stupid that only intellectuals can believe them.”

Pro-life forces had attempted to pass a law that would make taking an unborn child's life as serious as killing a child outside the womb. State Representative Laura Bradford introduced a state version of the Unborn Victims of Violence Act in 2010.

The ACLU of Colorado opposed the bill on the grounds that it violated “reproductive freedom.”

Last fall, another effort – Amendment 67, called “The Brady Project” – claimed to be modeled after the Unborn Victims of Violence Act. However, opponents labeled it a “personhood” amendment, and it failed by a two-thirds landslide.

Not only does state law do nothing to punish those who harm unborn children inside the womb, but there is currently no law punishing those who allow babies born during botched abortions to die.

State lawmakers are currently considering their own version of the Born Alive Infant Protection Act. The bill would punish as infanticide any act “intended to to kill an infant who has been born alive.”