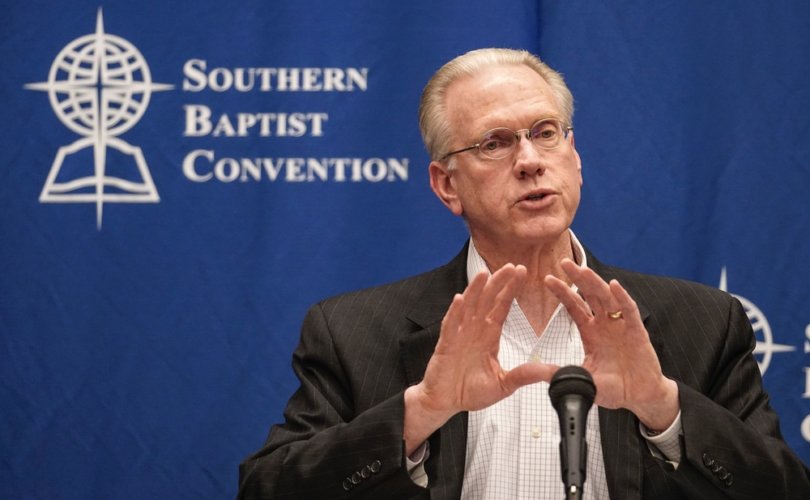 PHOENIX, Arizona, June 15, 2017 (LifeSiteNews) – The largest Protestant denomination in the U.S. officially denounced abortion giant Planned Parenthood as “immoral” at their annual convention this week and called on Congress to “immediately and completely” defund it.

“We denounce the immoral agenda and practices of Planned Parenthood Federation of America and its affiliates, especially their role in the unjust killing each year of more than 300,000 precious unborn babies, its use of particularly gruesome illegal abortion methods, and its profiteering from harvesting unborn babies’ tissues and organs,” the resolution of the Southern Baptist Convention (SBC), which took place in Phoenix, states.

The resolution, approved on Tuesday, reaffirmed the Baptists’ “absolute commitment to the sanctity of human life.” It was titled “On Defunding And Investigating Planned Parenthood.”

The Baptists also urged the U.S. Department of Justice to “pursue criminal charges against Planned Parenthood Federation of America and its affiliates for their use of illegal abortion methods, trafficking in and profiting from the harvesting of unborn babies’ tissues and organs, and any other actions that may be in violation of federal law.”

The Baptist convention cited Scripture along with the Center for Medical Progress’ (CMP) undercover videos in its condemnation of the nation’s largest abortion chain.

“Scripture clearly affirms the sanctity of human life throughout all stages of development,” states the resolution.

It then quotes Proverbs: “God abhors the shedding of innocent blood and requires His people to do all in their power to rescue persons from such acts.”

“Senior leaders of Planned Parenthood spoke in astonishingly frank, horrific, and euphemistic ways about unborn babies, their use of illegal abortion methods, and their harvesting of tissues and organs of unborn babies to further profit from the practice of abortion,” the Baptists state in their resolution.

The SBC’s resolution also acknowledges how the abortion chain’s own annual report divulges that it performs more abortions than cancer screenings, “demonstrating the central role abortion plays in the immoral enterprise of this organization.”