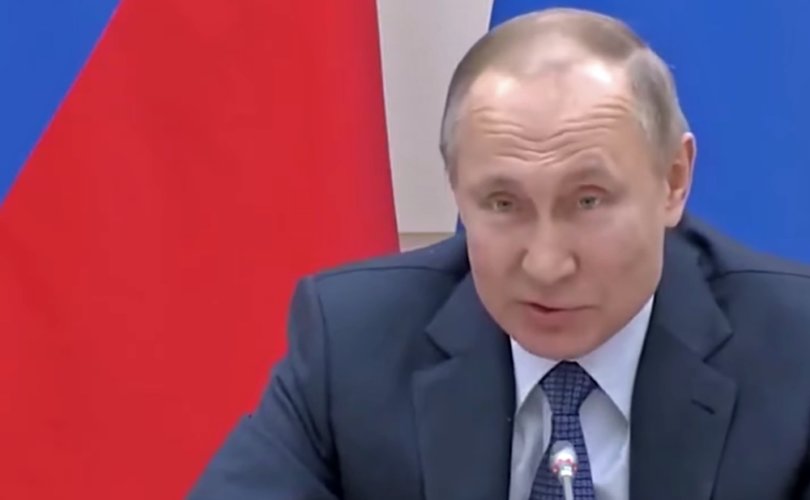 PARIS (LifeSiteNews) – “The worst is to come” in Russia’s invasion of Ukraine, French President Emmanuel Macron has reportedly concluded after a phone exchange with Russian President Vladimir Putin.

Agence France-Presse reported that a senior aide to Macron relayed the assessment after a 90-minute call between the two leaders.

“The expectation of the president is that the worst is to come, given what President Putin told him,” the aide said. “There was nothing in what President Putin told us that should reassure us. He showed great determination to continue the operation” and “wanted to seize control of the whole of Ukraine. He will, in his own words, carry out his operation to ‘de-Nazify’ Ukraine to the end.”

“You can understand the extent to which these words are shocking and unacceptable and the president told him that it was lies,” the aide added.

Macron reportedly implored Putin to make efforts to avoid inflicting civilian casualties on Ukraine, as well as to allow humanitarian aid to reach the population. “President Putin replied that he was in favor but without making any commitments,” the aide relayed, adding that Putin claims his forces are not targeting civilian infrastructure – a claim at odds with reports of a destroyed power and water pumping station, maternity ward, and residential districts.

Russia’s invasion of Ukraine has elicited vigorous debate over whether President Joe Biden’s softer approach to the Kremlin than that of former President Donald Trump emboldened Putin to act.

During his State of the Union address Tuesday evening, Biden announced that his administration will ban Russian airlines from entering U.S. airspace and target the personal assets of Russian oligarchs. Biden has also backed certain economic sanctions against Russia but has conspicuously omitted sanctions on Russia’s energy sector and ignored calls to reduce international dependence on Russian oil by reversing his constraints on domestic energy production.