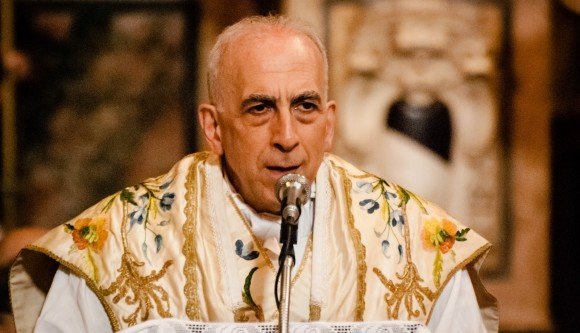 ROME, August 7, 2019 (LifeSiteNews) — A respected theologian has openly denounced the dismissal of top John Paul II professors, saying the manner in which they were removed shows that, in the Church, “we have arrived at using Stalinist methods with velvet gloves.”

He has also suggested that “perhaps the time is coming when we must stand up and move towards St. Peter’s,” to denounce the use of similar tactics at the upcoming Amazonian Synod.

In a letter published today on Stilum curae, Monsignor Nicola Bux, a theologian and former consulter to the Congregation for the Doctrine of the Faith during Benedict XVI’s pontificate, said the dismissal of former John Paul Institute chair of fundamental moral theology, Monsignor Livio Melina, and chair of specific moral theology, Fr. José Noriega, shows that “there is no more confrontation and dispute in the Church. If you don’t think as the leader does, you are identified, cataloged and excluded.

“This is the harmful effect of the ideology of dialogue, which is fine as long as you think in the same lines of the one who preaches it,” he said.

In his remarks, Msgr. Bux highlighted what he called the “backwardness” of what has happened at the John Paul II institute “compared to the Middle Ages,” when Franciscans and Dominicans engaged in theological disputes based on the strength of their arguments.

“We have arrived at using Stalinist methods with velvet gloves,” he said.

“What would happen in any other university if you did this?” Msgr. Bux asked.

Msgr. Bux said the responsibility for the handling of the John Paul II Institute restructuring rests “in a singular way” on the shoulders of Institute president, Pierangelo Sequeri, but he added that he “certainly” acted on the orders of his superiors.

In his remarks, Msgr. Bux noted that the John Paul II institute is not the only place where “Stalinist methods with velvet gloves” are being employed. “In a brutal way or with inconsistent motivations, the same thing is happening in seminaries, in faculties, in the Congregations and in the Roman dicasteries,” he said.

The Italian theologian said “the paradox” is that “ecumenical and interreligious dialogue is propagated to the outside,” while inside the Church the “dictatorship of single thought is affirmed.”

Turning to the upcoming Synod on the Amazon, Msgr. Bux suggested that “perhaps the time is coming when we must stand up and move towards St. Peter’s, from all over the world, to denounce the new latrocinium ephesinum.”

In ecclesiastical Latin, latrocinium is a pejorative term used for ecumenical councils regarded as subversive to Catholic doctrine and canon law. The term has been used particularly in reference to the second Council of Ephesus in 449, which has been dubbed the “Robber Council” (Latrocinium Ephesinum).

“As a result of the conflicts that arose [at this council] over the person of Jesus Christ, and especially of the later one of Chalcedon (451) Christian churches were divided into Chalcedonian and Pre-Chalcedonian,” Msgr. Bux explained.

“It seems right to infer that, after the next synod [on the Amazon], Jesus Christ will be declared outdated, because it seems that the Amazon and some other ‘European regions,’ no longer need him for salvation, because they are fine as they are,” said Bux, who has openly criticized the Oct. 6-27 meeting as an attempt to “create another church” by “demolishing” the true Church from within.

“Meanwhile,” he added, “the ‘moral theology’ of marriage and family desired by the Lord, which John Paul II defended and spread at great personal cost, is declared outdated.”

The “warning signs” of an impending “Ephesian brigandage” are looming on the horizon, Msgr. Bux said.

Pointing to Benedict XVI’s private meeting with Msgr. Melina last Friday, the theologian urged Catholics to take action, saying: “Let us follow Benedict XVI who expressed solidarity with the defenestrated (i.e. dismissed) president, and imagine Pope Francis and how disappointed he is by all of this, despite all his exhortations to pluralism, parresia, and synodality.”

Msgr. Bux concluded his letter with this appeal: “Let us run and try and mend the situation, first and foremost teachers and students of John Paul II, before it is too late. Everyone to St. Peter’s!”