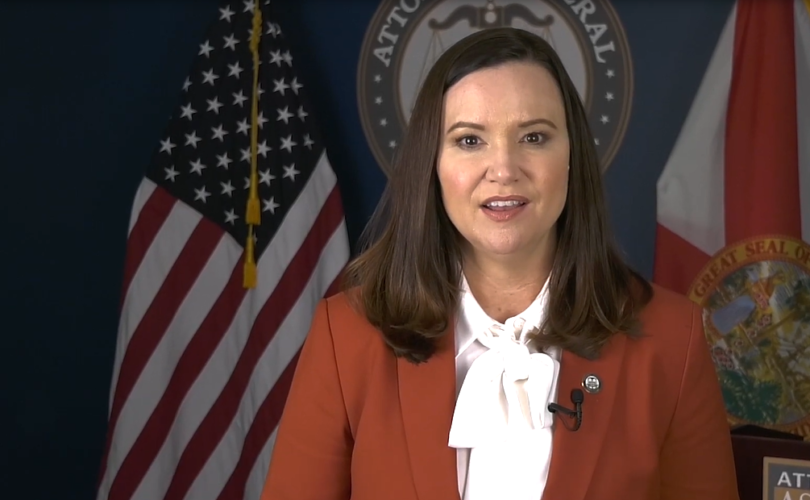 TALLAHASSEE, Florida (LifeSiteNews) — Florida’s Constitution does not contain a right to abortion, the state’s attorney general and solicitor general argued in a 44-page filing.

Attorney General Ashley Moody and Solicitor General Henry Whitaker made the argument on September 6 as they sought to convince Supreme Court of Florida to stop an attempt to prevent enforcement of a prohibition on abortions at 15 weeks.

Much like the flawed Roe v. Wade decision, Planned Parenthood and the abortion industry want to argue that there is a “right to privacy” in the state constitution that includes a right to kill preborn babies.

Abortion industry attorneys “are wrong to argue that the Privacy Clause of the Florida Constitution — protecting the right of the people ‘to be let alone’ in their ‘private li[ves]’ — somehow encapsulates a right to abortion,” the state argued in its filing.

A 1989 state court ruling that determined the Privacy Clause extended to abortion should be reversed, Florida attorneys argued.

“It ignored that the provision’s plain text says nothing of abortion, that its drafters publicly disavowed guaranteeing abortion rights, and that the provision was ratified in response to decisions restricting informational privacy,” the filing stated. “Were this Court to address the meaning of the Privacy Clause here, it should therefore recede from its precedents and clarify that the original meaning of the clause has nothing to say about abortion — and certainly that the Privacy Clause is not so clear as to pry the abortion debate from the hands of voters.”

— Article continues below Petition —
PETITION: Supreme Court must defend religious liberty of Christians who refused to bake gay-wedding cake
Show Petition Text
4112 have signed the petition.
Let's get to 5000!
Thank you for signing this petition!
Add your signature:
Show Petition Text

But that ruling “heavily relied on the now-abrogated Roe v. Wade and its progeny in establishing a right to abortion under the Florida Constitution.” Since Roe has since been reversed and the U.S. Supreme Court has ruled that there is not a “right” to abortion, Florida’s ruling that relied on similar analysis of the language of the state constitution should also not hold.

“The original meaning of the Privacy Clause was concerned with informational privacy, not with abortion rights,” state attorneys argued on September 6.

“Here, Petitioners are several abortion clinics and one abortion doctor, but none of them assert a personal right to privacy,” the filing stated. “Petitioners instead seek to vindicate the privacy rights of their patients.”

The consequence of a ruling in favor of Florida’s right to pass its own laws on abortion could lead to further pro-life legislation.

“As the governor stated after the Dobbs decision was released, we celebrate the decision as an answer to countless prayers from across the State of Florida and the nation,” Bryan Griffin, spokesman for Gov. Ron DeSantis, told LifeSiteNews on Monday. “We very much look forward to pursuing additional legislative protections for the unborn.”

He said “future legislative action necessarily depends on the resolution of these legal issues,” presented to the state supreme court. the current legal battle over the 15-week abortion ban. “We are in continuous contact with the legislature as this litigation proceeds, and we look forward to future policy plans to defend the unborn,” Griffin said.

The ACLU, which is involved with this case, said that state law “is clear that women and anyone who needs an abortion have a right to access that health care,” in a statement in August. “To deny them that fundamental right not only ignores long-standing protections under the Florida constitution, it is life-threatening, putting patients’ health, wellbeing, and futures at risk.”

“The Florida supreme court has reaffirmed Floridians’ right to abortion time and time again, and nothing about the law has changed since politicians overreached in their pursuit to take away reproductive health care,” Whitney White, an attorney with the pro-abortion legal group, stated in a news release.