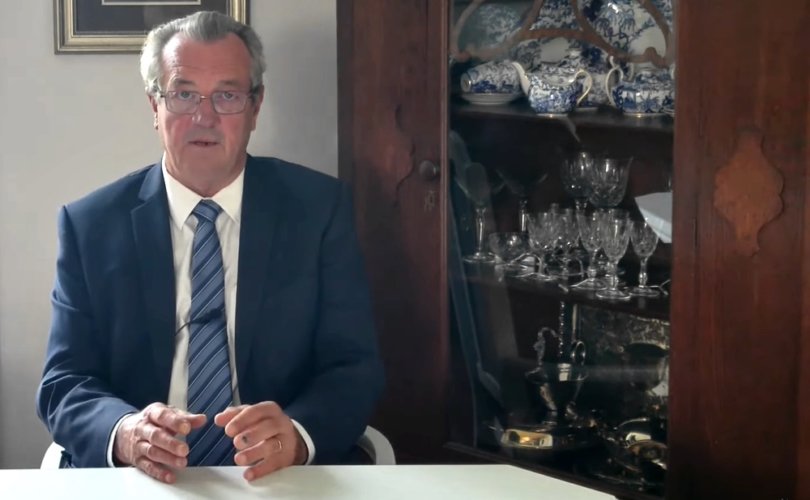 PERTH, Ontario (LifeSiteNews) — An Anti-lockdown politician arrested for his role in the Freedom Convoy protest released an official statement blasting the Trudeau “regime” after posting bail.

Randy Hillier, an Independent Member of Provincial Parliament (MPP) in Ontario, released a statement regarding the charges laid against him after being released on bail following his Monday morning arrest. Hillier, who was an avid supporter of the anti-COVID mandate “Freedom Convoy” protest that took place for three weeks earlier this year in Ottawa, has been outspoken against so-called COVID restrictions, including lockdowns and vaccine mandates, for the entire duration of the so-called pandemic.

MPP Randy Hillier has released the following statement on the subject of his release from custody. He has reviewed the charges and the evidence, and remains confident that he will be found not guilty of any charges. #cdnpoli #onpoli #FreeSpeech #IStandWithRandyHillier pic.twitter.com/C69KJ9LX8r

“These charges have no merit, but represent our disturbing new reality, where political opposition to the regime will be punished with the full power of the state,” Hillier said in a statement released Wednesday.

“I have been released on bail, and must abide by significant conditions imposed by the court. These conditions preclude me from freely expressing myself on social media, preventing me from commenting on public policy that is of the utmost importance to the public interest,” the politician added.

The statement, written by his office, continued by stating that “a substantial population of Canadians are awakening to this brave new world,” adding that “Hillier is being publicly targeted for holding what our Prime Minister claims are unacceptable views that represent a small fringe minority.”

“By targeting an elected representative, the establishment is attempting to intimidate and discourage all further dissent against their abuse of power.”

Hillier denied the assault allegation, stating that he only greeted people “with love and affection and embrace and handshakes,” adding, “So unless handshakes or warm embraces are now considered assault, I have no idea [why I am charged with assault].”

These are not the only charges Hillier has been hit with in relation to pro-freedom, anti-COVID mandate protests.

In April, Hillier was charged with a so-called violation of the province of Ontario’s COVID rules for helping organize a protest against the ineffective and harmful lockdown policies the province enacted multiple times during the course of the so-called pandemic.

Many Canadian conservative politicos took to social media to defend Hillier and slam Prime Minister Justin Trudeau over the arrest of Hillier, implying the move was done merely to punish him for opposing the mainstream COVID agenda.

“Randy Hillier is an elected member of the Ont. legislature. Trudeau’s police are jailing him for supporting the truckers. Canada is no longer a free country. We’re only partly free. Hillier is a political prisoner. But because he opposed lockdowns, the media will cheer his arrest,” Rebel News frontman Ezra Levant posted to Twitter on Sunday.

Randy Hiller is an elected member of the Ont. legislature. Trudeau’s police are jailing him for supporting the truckers. Canada is no longer a free country. We’re only partly free. Hillier is a political prisoner. But because he opposed lockdowns, the media will cheer his arrest https://t.co/e4ao8AvJf6

“These are gestapo tactics. It’s absolutely crazy they’re going after an elected member of provincial parliament for supporting peaceful freedom protesters! The Trudeau/Ford gestapo tactics must not prevail. This is really the silencing their political opposition,” added Campaign Life Coalition Director of Political Operations Jack Fonseca.

These are gestapo tactics. It’s absolutely crazy they’re going after an elected member of provincial parliament for supporting peaceful freedom protesters! The Trudeau/Ford gestapo tactics must not prevail. This is really the silencing their political opposition. #cdnpoli https://t.co/qMubC5eJUR

As mentioned by Hillier’s press release, despite the non-violent nature of the Freedom Convoy, protesters and their supporters were labeled a “small, fringe minority” with “unacceptable views” while also being accused of being “insurrectionists” sympathetic to Nazism.

This widespread criticism by Trudeau, the political establishment, and mainstream journalism culminated in Trudeau’s invocation of the never-before-used Emergencies Act, allowing the deployment of the national police force to physically remove protesters and instruct financial institutions to freeze private bank accounts without a court order.

Since then, multiple assertions made by the media and government have been rescinded, and a special parliamentary committee has been convened to investigate whether the federal government was justified in invoking the EA.