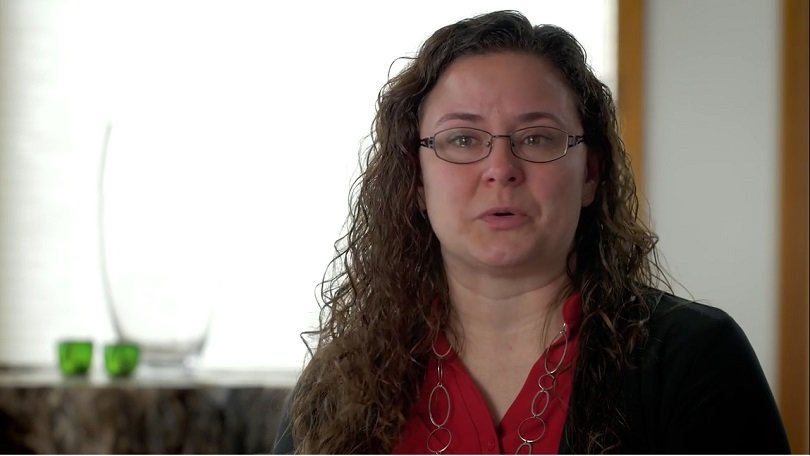 May 10, 2016 (LifeSiteNews) – In the national debate over how opening female showers to biological males would affect the country, one constituency has been left out: women who have been raped and sexually assaulted.

In a powerful new video, female sexual abuse victims – including one who was abused by a man in a women's locker room – speak out about the trauma they would feel encountering a man in their private spaces and warning that ordinances like the one passed by Charlotte are setting up a whole new generation to be exploited.

The new video from the Alliance Defending Freedom features the testimonies of five separate people, each exposing new aspects of how transgender restroom ordinances inflict a very personal cost on the most vulnerable.

Gretchen Flores remembers how, as a 10-year-old girl, her male swim coach talked her into letting him “help” massage the cramps out of her legs in the locker room. His assistance turned into sexual abuse, and a secret that burned a hole in her memory.

“As far as I know, he was never arrested,” Flores says.

Yet, even decades ago, he was able to find a technicality to gain access to young girls' changing facilities.

“I think about the countless victims of this man in the locker room,” she says. “Back then men were not allowed in women's locker rooms. The only reason he had access was that he was the swim coach.”

Emory University psychiatrist Dr. Gene Abel found that the average male pedophile who abused girls had victimized 52 girls over the course of his lifetime. Another study discovered that pedophiles harm 12 victims before being caught.

Janine Simon, who was molested from ages eight to 10, remembers her torment did not begin with physical contact but “exposures to pornography.”

She said she experienced “many times of seeing them naked before any piece of clothing was removed from me.”

Pornography and exposure to nudity is often used to groom young victims like Janine.

“I've only been telling my personal story for a few months. I don't enjoy it,” she says. “But I do it, because I know there are so many kids out there already being abused.”

Pedophiles, she says, are “just looking for a chance” to hurt children due to a compulsion that seemingly defies treatment. “It is an addiction like no other. And yet, we’ve just created a law that makes it easier for them to access their victims,” she says, at times openly sobbing.

“I have no doubt that the person who abused me would have been more than willing to use that [transgender law] as access, as well,” she adds. “No doubt.”

For other victims, the concern is less the fear of future molestation as it is the memory of previous assaults.

Kaely Triller reveals that she was fired from her job as communications director at a YMCA last March for saying that she opposed the new policy of gender identity-based locker rooms.

Triller had never publicly revealed her own secret: She had been abused “from the time I was in diapers.”

As a result, she could not bear the thought of being naked in front of anyone. “I showered in my underwear all the way through college, which is sad,” she says.

She told her employer that she could not imagine facing a man in a women's facility. Grouping males and females in such an intimate setting would traumatize her and a percentage of other women who had similar, tragic experiences.

“The presence of a male of any variety – whether he's somebody who identifies as trans or not, whether he has devious motives or not – that's irrelevant to the reality that for survivors of sexual trauma,”
Triller says, “to just turn around and to be exposed to that is an instant trigger.”

She says laws granting males access to female facilities are promoted in the name of transgender rights, and people often support them because “they think that's it's a compassionate thing to do. I think what they're not considering, and what I'm hoping that they will, is that this has such devastating implications for people like me.”

Unfortunately, not all victims of such memories are adults.

One of the women interviewed in the video – the adoptive mother of five children, some in junior high school – says the restroom is already problematic for abuse survivors.

“They have unfortunately gone through some major things in their little lives,” including “some sexual abuse.”

Since her school district adopted a new policy allowing biological males to use women's restrooms and changing areas, “my children don't want to use the bathrooms anymore,” she says.

The woman – who would only speak anonymously for fear of threats and intimidation – says her daughter was abused when she pulled down her pants in the restroom and continues to have accidents during the day.

Education is the Answer?

Instead of hearing the concerns of parents, victims, and protectors, Flores says that legislators tell people like her they “need to be more educated on the issue.”

The victims all agree: They did learn from their rape and sexual assault, and they want lawmakers to heed those lessons.

“It doesn't take much access or opportunity for a child to be abused,” Flores says. “I am well educated in that fact.”

“I really strongly dislike being told I need to be educated on this issue,” Triller says. “I already know the education I learned the hard way about predators.”

Janine Simon adds that she has “been educated very well about what happens when boundaries have been crossed.”

Instead of learning from their experience, politicians who pass transgender laws – which male pedophiles could use to find new victims – turn the tables by implying the victims are the problem.

Triller says this is not a hypothetical concern. Shortly after Washington state changed gender identity status under the law, a man exposed himself to a girls swim team. When asked what he was doing, he replied, “The law has changed, and I have a right to be here.”

“The message that sends really loud and clear to those teenage girls,” Triller says, finally breaking out into tears, “is that that's OK, that a grown man can come and watch them shower, and we're not going to do anything about it. That tells me that the lack of education isn't on our side.”

The only way to end the “rape culture,” a continual concern of feminists, is to deny men access to potential victims and protect women from the jarring, scarring memories that always lurk near the surface.

“That's a piece of this conversation that's been missing,” she says.