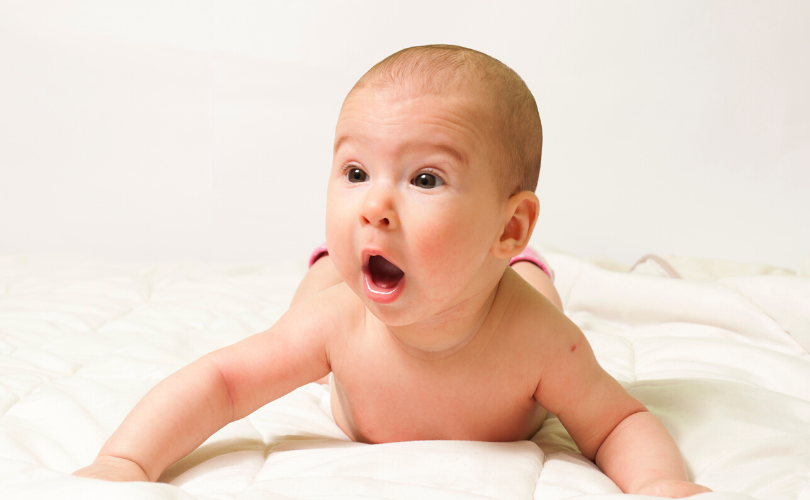 December 11, 2019 (LifeSiteNews) – If you are new to our mission – this may be the most important fundraising article that you read during this campaign. I strongly encourage you to spend the time to read it in full –  it may even shock you!

It is longer than usual, but that is because it contains so much specific information about the LifeSite operation that we have found readers really appreciate being made aware of. Many respond they had no idea how much went into producing LifeSite.

And just a reminder, that we have just 10 days left in our annual Christmas fundraising campaign – and a steep $259,646  left to raise. Click here to make a donation. (Note: LifeSite is a 501c3 organization, and donations are tax-deductible in the United States)

There are very good reasons for the financial goals that we set for each of our campaigns. I am going to explain in this letter why we need and what we do with the generous funds many of you donate each campaign or through your monthly donations. Some of this will amaze you.

Let me start by emphasizing that, according to Alexa, LifeSite ranks at position 19,300 among the 1.5 billion total websites in the world. In other words, it is near the top of the top one percent of all the world’s websites.

Our readership exceeds that of several of the top U.S. websites combined that report on issues similar to those that LifeSite covers.

The LifeSite database of published stories since our founding has now reached over 70,000 articles. These are frequently accessed for current story references and by people researching the unique topics that LifeSite has covered.

And yet, LifeSite functions on a shoestring budget compared to most other large, international internet operations. That is, your donations to LifeSite produce amazing results.

Still, it requires a small army of intensely dedicated staff, regular outside services and consultants and an increasingly large amount of high quality, costly equipment to maintain our high level of operations.

We also have a very special group of LifeSite US and LifeSite Canada board members. They help oversee LifeSite operations, promote LifeSite to influential persons, provide many helpful suggestions and especially give us regular, much-needed encouragement as we face constantly overwhelming challenges.  There are many other people essential to the smooth running of LifeSite than are seen in the photo of all our staff at the annual LifeSite team retreat.

This year, traffic to LifeSite will be certain to almost double that of last year. Our pageviews total, that is, the number of pages read by those who come directly to the website, or through searches or through our several Facebook pages or Twitter, will reach AT LEAST 100 MILLION by the end of the year. That figure is now at 98 million pageviews.

Add to that the now over 3 million total views and listens of the various podcast shows and special video reports added to LifeSite in 2019.

565,263 persons are subscribed to the various LifeSite email lists. We send out millions of emails during the year.

The significance of all these statistics is that we are definitely influencing the culture in a large way. LifeSite’s intense dedication to its mission is having a far greater effect than we could ever have dreamed in the past.

Here are some of reasons we need your donations to keep this miracle going:

Editors: LifeSite has a team of 6 editors, 4 of whom also write LifeSite stories and are listed in the above numbers. The editors play a critical role in ensuring all stories are checked for accuracy, posted to LifeSite in a timely manner and much more. They also select the best articles from other sources that would be of interest to Lifesite readers to re-publish on LifeSite.

Marketing Team: This is a young, enthusiastic and absolutely crucial subgroup of 5 staff. They have acquired the special skills needed to bypass much censoring of stories and how to best promote LifeSite stories throughout the Internet and present them in a way that will they will be read. Marketing constantly analyzes all LifeSite statistics, keeps up to all the latest Internet trends, purchases and uses all the best statistical tools available and spends necessary thousands of dollars to advertise our more important stories so that they will be read by the maximum number of people. They also play a large role in headline writing and work closely with all other LifeSite staff.

The marketing team has played a leading role in the amazing growth of LifeSite.

Development Team: This is our donor relations and fundraising team of five, also young and very enthusiastic professionals. Their role goes well beyond fundraising in that they are the major communications link between individual supporters/readers and the rest of the LifeSite team. They directly talk to LifeSite supporters and learn what you like and don’t like about LifeSite, your suggestions and how LifeSite has impacted your lives.

The development team also works closely with all other LifeSite staff, especially with marketing. They work to help us make sure that your LifeSite experiences are the most useful, rewarding and inspiring that they can be.

Website development team: We and you are blessed that LifeSite has an incredible team of highly skilled programmers and website designers. They play a hugely important role in allowing us to email every day to large numbers of people, to be able to smoothly handle the massive traffic that comes into the website, to process the numerous LifeSite petition signers, process the flood of donations that come in during every campaign and much, much more.

There are two full-time programmers, two outside regular part-time contracted programmers, a part-time internal communications support expert and a LifeSite liaison between the programmers and the rest of the LifeSite staff. All of these people are highly skilled.

This team has been massively important for the growth of LifeSite. To maintain this high proficiency there are large related expenses beyond the salaries of the team.

LifeSite uses a total of 9 web servers leased and supported by three different server companies. We process all of our emails through a major email delivery service at a cost of $3,000 per month.  LifeSite also contracts a raft of other very essential, costly and high-level website support services that I won’t list because it is a lot of technical mumbo jumbo that most will not understand.

Let’s just say that it takes a good number of LifeSite staff, plus numerous outside paid experts and consultants to keep this major internet operation going. Most of the outside people that we use are people who appreciate what we do and we have developed positive and supportive relationships with them.

Audio/Visual Team: 2019 marked a major breakthrough for LifeSite in podcasting and on-site and in-studio video reporting. What has especially made this possible was the recent hiring of A/V professionals Jim Hale and Jason Taylor and also not too long before them Brian Limas.

They have rapidly propelled LifeSite into a much higher level of professional video reporting and podcasting. The marketing team has played a large role in rapidly growing the audiences for these productions. We are now needing to hire at least one more video professional since the current team is already overwhelmed with tasks.

Many of the LifeSite journalists, in addition to their computers, audio recorders, high level smart phones and high-speed Internet services in their homes, now have professional photo/video cameras, microphones, lights and other equipment needed to produce quality video reports. Jason and Jim have also set up blue-screen video home studios for key staff such as John-Henry Westen, Patrick Craine, Claire Chretien and Jonathon Van Maren and created a video set up for the Mother Miriam daily podcasts. All of this is costly.

We hired a special person to oversee the day-to-day operations of LifeSite Connect. However, it took several key LifeSite staff do work on the development and implementation of this major project. Total direct expenses for 2019 have been $85,000, not counting the many hours of other staff involved in the project. Still, for anyone familiar with social media app development, that cost is astonishingly low for such a quality app. Join us on the battlefield via LifeSite Connect.

Legal Team: LifeSite regularly encounters issues that require legal advice or action. We retain one firm in Canada and one in the United States. Some years the legal expenses to defend ourselves have been very substantial. We also work with the Thomas More Society on more serious threats that potentially could go well beyond what we could handle. We take a very aggressive approach to legal challenges and defend our press rights to the hilt.

Administrative Team: We have a number of absolutely essential LifeSite administrative staff in both the US and Canada and also engage accountants, bookkeepers and a variety of outside payroll and other companies to handle our numerous administrative tasks.

With the support of readers and donors just like you, LifeSite has been able to expand to answer the greatly increasing number of requests we receive from leaders and activists whose efforts and voice simply MUST be heard in the culture!

LifeSite has developed personal relationships with hundreds of pro-life leaders and activists all over the globe who constantly feed us news tips and information. Our full-time, part-time, and volunteer journalists then follow up, investigate, research, and report on what they find.

People are constantly amazed when they learn more about the scope of the work we do, and just how comparatively little funding we require to do it. But we are only capable of this because of the generous support of our readers, just like you!

We are hopeful that you will help us to reach our absolutely minimum campaign goal of $300,000 by December 20th.

It sounds like a lot, but I hope you will agree, after reading all of the above, that it is a very reasonable amount and a miracle that we accomplish all that we do with such relatively limited funds. The intense dedication and incredible skills of the LifeSite team makes this possible.