They have Bill Clinton and Bill Gates. We just have bills.

Kermit Gosnell has contacted the Bill and Melinda Gates Foundation and the Clinton Global Initiative, saying he would like to work with them to further their mission!
By Ben Johnson
By Ben Johnson

LifeSiteNews’ Steve Jalsevac recently wrote, "We are at war." Those who love every stage and form of human life, he wrote, are locked in a contest against “giant foundations bent on slashing population through abortion, sterilization, and contraception.”

You know who agrees with him? Kermit Gosnell.

Local journalist Steve Volk of Philadelphia Magazine, who interviewed Gosnell from behind bars, said the convicted murderer believes he is a “soldier in the war on poverty.”

That's right. As hard as it is to believe, the world's most notorious abortionist – a man who stored dismembered babies' body parts inside his flea-ridden abortion facility – believes that by killing the unwanted children of poor women of color, he “performed a noble function in society.”

Volk learned that, from his prison cell, Gosnell has been reaching out to the most powerful segments of society.

The baby butcher has contacted the Bill and Melinda Gates Foundation and former President Bill Clinton's charity, the Clinton Global Initiative, saying he would like to work with them to further their mission! 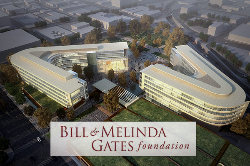 In a sense, Gosnell has every reason to think that he plays a role in the same war as these “respectable” charities. Bill and Melinda Gates made international headlines for raising billions of dollars to sterilize brown women in the developing world, allegedly to reduce poverty.

Both Gosnell and the Gates believe the best way to improve the planet is to reduce the number of poor, brown people.

Does this put into perspective the war we are waging?

Those of us who believe in the Culture of Life are engaging in hand-to-hand combat against the well-armed brigades of darkness currently holding the citadel.

The Culture of Death is put into practice by abortionists like Gosnell, who made hundreds of thousands of dollars a year at his run-down facility. It is underwritten by billionaires like the Gates family and their deep, tax-exempt coffers.

It is promoted by the media/entertainment complex, which promotes the ugly, hypersexual behavior of starlets like Miley Cyrus to preteens.

And it is financed by our own tax dollars, which the Obama administration is funneling to Planned Parenthood at the rate of half-a-billion dollars a year.

LifeSiteNews cannot count on billionaire executives (even “Catholic” ones like Melinda Gates), tax dollars, and certainly not on the mainstream media to advance the Culture of Life. 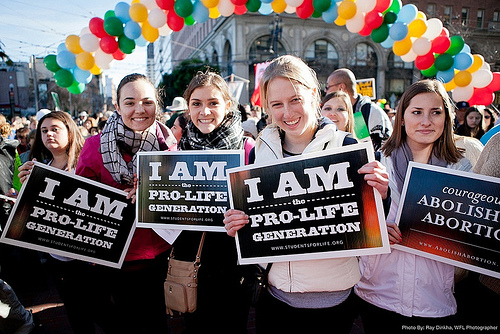 With nearly 20 million unique page views a year, the people have spoken. LifeSiteNews.com is filling a desperate void for pro-life, pro-family news that is not beholden to any political party or outside interest.

We have remained independent, so that we can always bring you the truth.

But there is a definite drawback to not selling out: Selling out pays.

To carry on this David fight against the Culture of Death, we need your help.

We can't keep bringing the news to you without your assistance.

And please, be generous in your financial support of our work as we shine a light on “the unfruitful deeds of darkness” and “expose them” (Ephesians 5:11).  And we show the good deeds and heroism of those who are faithful to God’s Natural Laws of love.

We need your help today.  With only 7 days to go and nearly $125,000 to raise, we are getting a bit nervous.  But we have hope.  We know how important our news service is to our readers.  Please make your most generous donation today.

With so many readers, even a small gift from each faithful person who has benefited from our reporting would allow us to go roaring back, ready to take the fight to the other side and keep winning the war of ideas.

Please give so that we can give back – by informing you about the next steps the Culture of Life must take and helping to hasten the day when our governments protect and value unborn babies, and all similarly threatened, most vulnerable persons, for what they are – God's most precious gift. 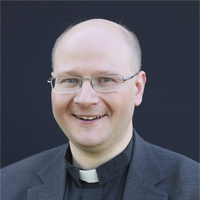 P.S. -  Every gift, no matter how small or large goes a long way to helping us reach our minimum goal of $150,000.  Thank you for defending life and family by supporting our mission!