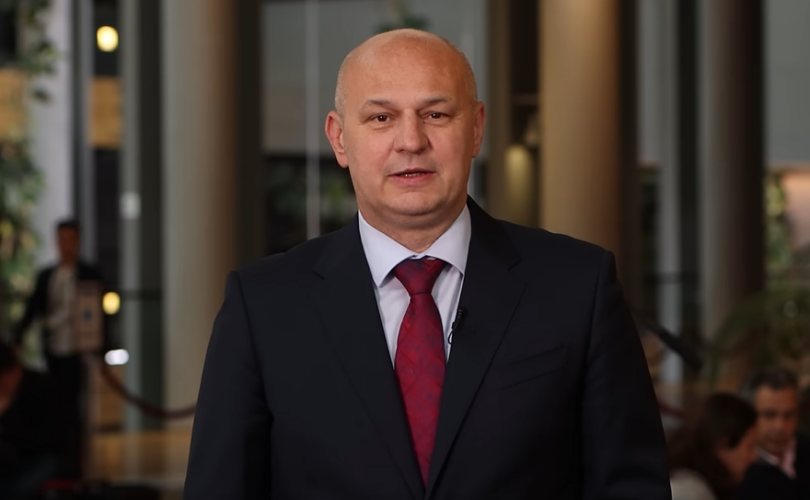 The EU Commission 🇪🇺 should immediately terminate contracts for new doses of fake #vaccines against #COVID19 and demand the return of the 2.5 billion euros paid so far.

Everyone who lied that #vaccines prevent the spread of the virus must be held accountable. pic.twitter.com/zyl2pHleKm

Kolakusic October 13 statements, which have since gone “viral” on social media, come in the wake of Monday’s bombshell admission in the European Parliament by Janine Small, president of international markets at Pfizer, that there was no evidence of any transmission testing done by jab-giant Pfizer prior to the roll out of their novel mRNA COVID injections.

On Monday, Dutch MEP Rob Roos had asked Small: “Was the Pfizer COVID vaccine tested on stopping the transmission of the virus before it entered the market…?”

Small replied in the negative saying “no… we had to really move at the speed of science.”

As a result, Kolakusic followed his colleague Roos’ example, and pressed for deeper pushback against the imposition of COVID vaccines, especially as they were made mandatory throughout Europe and the Western world with the impression that they would stop transmission.

“Hundreds of millions of people around the world in the last two days have seen through social media the response of [Small] to the question of my colleague Rob Roos: ‘Has the vaccine been tested with regard to the prevention of transmission of the virus?'” slammed the politician, affirming that the answer Roos received was a “direct response” that there had been “no vaccine testing for transmission.”

Kolakusic pressed the EU Parliament harder by referencing data from the Office for National Statistics in the UK which has shown that COVID vaccines give zero protection against death according to National Health Service (NHS) data compiled over the past two years.

“Futhermore, given that the available data, in particular the data of the English NHS, which precisely keeps the statistics of the number of sick, hospitalized and deceased according to so-called vaccination status… it is undoubtedly clear that there is no difference in infection, illness and death from COVID between the so-called vaccinated and unvaccinated patients,” continued the politician.

Kolakusic added that in the light of this, contracts with vaccine manufacturers should be terminated “immediately” and the billions spent should be refunded due to the fact that the jabs amount to, in his opinion, “fake vaccines,” as they do not stop transmission or clearly provide protection like vaccines are supposed to.

Authorities need to “prosecute Pfizer and others” he charged. “Otherwise we also participate in the crime of obtaining and promoting fake medicines and damaging the EU budget.”