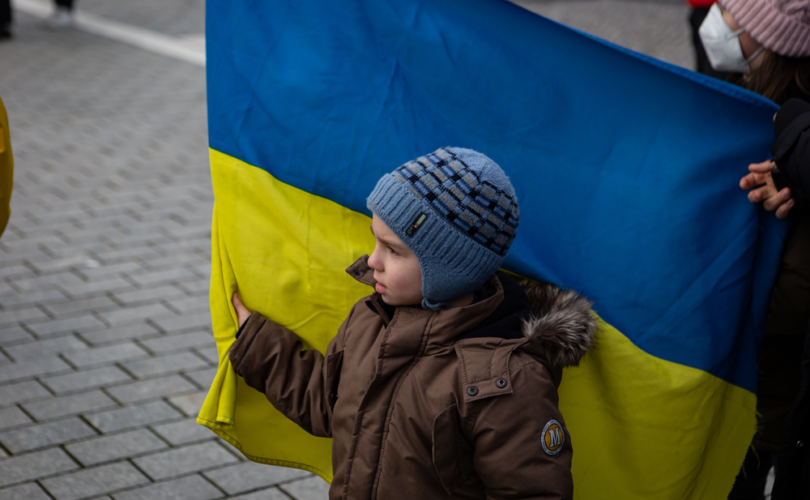 (LifeSiteNews) – Remnant newspaper chief Michael Matt said in a Saturday edition of his show, The Underground with Michael Matt, that globalists and oligarchs are using the conflict in Ukraine as an opportunity to further the agenda of the Great Reset.

“They’re using Ukrainians as human shields,” he said, in order to “build back better.”

“They need dead Ukrainians, do you understand that?” he asked rhetorically. “They need the image of dead babies in the streets of Kiev for this to work.”

Matt made it clear in the broadcast that he was not an “apologist for (Vladimir) Putin,” but he stressed that there “is so much more going on in this that we’re not being allowed to hear.”

The video flashed to a moment in 2014 when then-spokesperson for Hilary Clinton’s State Department – Jen Psaki – was asked about U.S. officials who had been caught discussing a coup d’etat in Ukraine.

Matt intimated in the video that the last eight years of conflict in Ukraine, which have precipitated the war, were largely the fault of Western powers who stoked revolution and regime change in Ukraine.

He went on to make parallels between the advent of COVID in 2020 when everyone who dissented from the narrative “wanted to kill grandma,” and he mentioned the George Floyd affair, which was used by globalists to push a “defund the police” movement.

“It’s all media emotional manipulation, they’re good at it, and that’s what they’re doing.”

With the threat that the U.S. may enter the war, he called out President Joe Biden for refusing to talk with Putin.

He questioned the pro-war posture by American media and American politicians, which he believes could “turn all of Europe into a war zone.”

“Where’s the Church,” in all this, Matt asked. He then said that just like with COVID that Pope Francis was “doing what he’s told.”

The Underground host referenced the “cultural” war being waged between the West and Russia that has a lot to do with the acceptance or rejection of the encroaching LGBT movement in that part of the world. Matt brought up the sermon from the Orthodox Patriarch of Moscow who said that the crux of the conflict between the modern West and Russia comes down to accepting “a gay parade.”

Russian Orthodox Patriarch Kirill unsurprisingly endorsing Putin’s narrative on Ukraine in a sermon today. According to him the West essentially organises genocide campaigns against countries that refuse to stage gay parades 🤯 pic.twitter.com/mXc89tXj4m

In addition to U.S. involvement in the Ukrainian conflict and the West’s insistence that nations accept the LGBT movement, Matt pointed out the various connections that Ukrainian President Volodymyr Zelensky has with Klaus Schwab’s World Economic Forum (WEF).

A clip of the WEF’s Yuval Harari – who has made striking claims about “hacking” human beings like computers – was played of him suggesting that the war gave the West an opportunity to embark on a “Green Manhattan Project.” He said this in reference to the Manhattan Project of World War II that saw the development of the nuclear bomb.

Harari called for “an energy revolution” to suffocate the Russian economy, which he called “a gas station with nukes.”

Matt pointed out Putin’s unfavorable words about transhumanism, one of the initiatives of Schwab’s WEF.

“Klaus Schwab’s transhumanism is, according to Putin, more terrifying than a nuclear bomb,” Matt said.

Tying all of his ideas together, Matt believes that the conflict in Ukraine comes down to the fact that “Putin stopped playing ball with the elites, and they set a trap for him in Ukraine.”

He listed the litany of major corporations that have stopped doing business with Russia, saying: “This is war, Fourth Industrial Revolution style, where woke corporations cancel entire countries … this is the monster that globalism has created.”

“In conclusion,” he said “if you admire the spirit of the Ukrainians as I do … then open your eyes to what’s really going on … do not let this globalist elite blow up the world.”