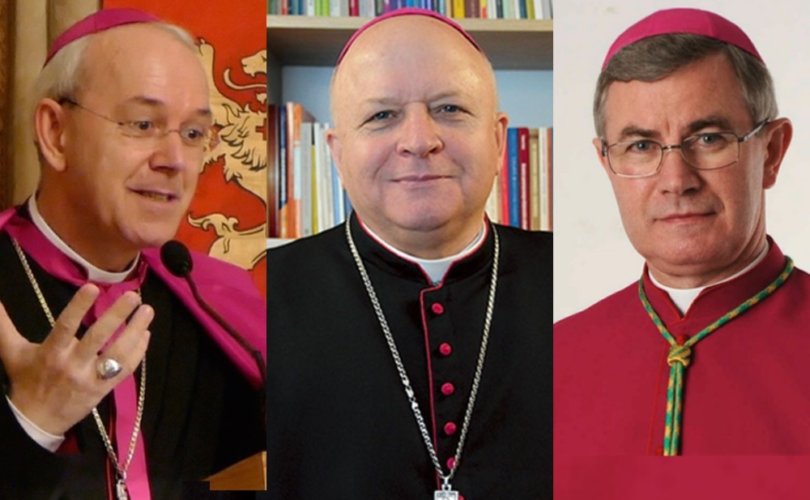 POLAND, November 25, 2016 (LifeSiteNews) – A third bishop has now publicly risen in defense of the four Cardinals who have been vilified by influential prelates after going public with their request that Pope Francis clarify whether or not his exhortation Amoris Laetitia conforms to Catholic teaching on marriage, the sacraments, and the role of conscience.

“I myself have now been overwhelmed with many similar questions – just like other bishops and pastors,” said Polish Bishop Jan Watroba to the German Catholic newspaper Die Tagespost. His comments were translated by Maike Hickson of OnePeterFive.

Watroba, who is the president of the Council for the Family of the Polish Bishops’ Conference, called the Cardinal’s letter to the pope an “expression of the commitment and care concerning the right interpretation of the teaching of Peter.”

He lamented the ambiguity caused by the exhortation, published in April, stating that he preferred the clarity of Pope St. John Paul II.

“It is too bad that there exists no unified interpretation and no clear message of the document [Amoris Laetitia] and that one has to add interpretations to the Apostolic document. I personally — perhaps out of habit, but also out of conviction — prefer such documents, as John Paul II used to write them, where additional commentaries or interpretations concerning the teaching of Peter were not necessary,” he said.

In September, Cardinals Walter Brandmüller, Raymond Burke, Carlo Caffarra, and Joachim Meisner wrote to the Pope asking him to answer five yes-or-no questions (Dubia or ‘doubts’) that they hoped would dispel what they called the “uncertainty, confusion, and disorientation among many of the faithful” stemming from the exhortation.

Specifically, they asked the pope: 1) whether adulterers can receive Holy Communion; 2) whether there are absolute moral norms that must be followed “without exceptions”; 3) if habitual adultery is an “objective situation of grave habitual sin”; 4) whether an intrinsically evil act can be turned into a “‘subjectively’ good” act based on “circumstances or intentions”; and 5) if, based on “conscience,” one can act contrary to known “absolute moral norms that prohibit intrinsically evil acts.”

When the Pope failed to answer their questions, they went public with their request last week. They were subsequently attacked for their efforts to seek a resolution from the pope, being called “witless worm[s],” “troublesome,” heretics and apostates, and in need of “conversion” from various clergy within the Church, some of them high ranking Cardinals.

Auxiliary Bishop of Lublin Józef Wróbel came to the Cardinals’ defense earlier this week, stating that “Amoris Laetitia is not well written” and that the Cardinals “did well in asking for clarification.”

Wróbel was then joined by Kazakhstan Bishop Athanasius Schneider who stated that the Cardinals “only did their basic duty” to guard the “revelation transmitted through the Apostles” so that it might be “faithfully interpreted.”

Who are these four cardinals who wrote the ‘dubia’ to the Pope?

Bishop Schneider backs four Cardinals: They ‘did their basic duty’

Polish bishop backs Four Cardinals: Their request is ‘not just a right, but a duty’