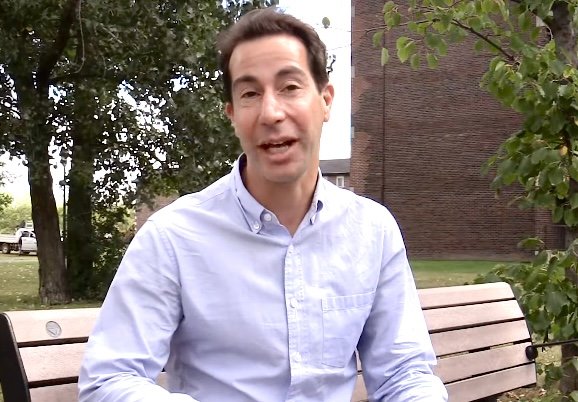 “I personally agree that the Government of Canada, the same as various provincial governments, needs to come forward and explain when and under what circumstances some restrictions will be lifted,” Liberal MP Anthony Housefather said last Thursday in a debate in the House of Commons.

“Measures such as this are exceptional, and we need to make sure that Canadians understand why they are in place and when they will be lifted.”

He noted that “every level of government needs to effectively communicate with the population, what its plans are with respect to all restrictions, and needs to explain why they are there, and at what point they will be removed.”

“And that is an important thing that all levels of government need to do,” Housefather added.

However, despite Housefather saying that he thinks COVID rules need to be revisited, in his view, restrictions on the “vaccinated” should be lifted first.

He also pushed the abortion-tainted COVID injections as well, saying that “vaccinations are key to getting us out of this pandemic.”

Housefather also noted that “vaccine mandates” remain “important, and there are requirements to wear masks in indoor spaces, which are important because we know that the virus is usually transmitted in poorly ventilated indoor spaces.”

Housefather’s comments are not as strong as two other Liberal MPs who have broken ranks with Trudeau over COVID restrictions but are significant given his closer relationship with the leader than most MPs.

Liberal MP Joel Lightbound from Quebec was the first MP from Trudeau’s fold to accuse the party leader of causing unnecessary division with his COVID measures.

Tens of thousands of Canadians from coast to coast have gathered in Ottawa as part of the “Freedom Convoy 2022” in protest against COVID mandates and have been there for over two weeks. The truckers have said they will not leave until all mandates are lifted.

Since that time, Trudeau has come out against the freedom convoy and has refused to meet with them.

Last Friday, Trudeau threatened “real consequences with respect to their [truckers’] licenses to their jobs.”

During a session in Parliament last week, Trudeau said Canadians protesting vaccine mandates and those part of the trucker freedom convoy are “a few people shouting and waving swastikas.”

The last time similar legalization was enacted was in 1970 when his father, then-Prime Minister Pierre Elliott Trudeau, invoked the War Measures Act in response to political violence in the province of Quebec. The War Measures Act was repealed in 1988.

Today, rumors are swirling that Trudeau will invoke the never-used Emergencies Act to suppress the truckers’ protesters in Ottawa and at the blockades at multiple U.S.-Canada border crossings.

Conservative Party of Canada (CPC) interim leader Candice Bergen, since taking over the party after Erin O’Toole was voted out in late January, has been a supporter of ending COVID mandates and the truckers’ convoy.

Bergen and CPC MP Pierre Poilievre, who is running to be the next party leader, have demanded that Trudeau at once end all COVID restrictions.

This afternoon, a CPC motion calling for an end to all COVID mandates was voted on but defeated in Parliament. It had the full support of the CPC as well as the Bloc Québécois.

The COVID-19 injections approved for emergency use in Canada have been associated with severe side effects such as blood clots, rashes, miscarriages, and even heart attacks in young, healthy men. They also have connections to cell lines derived from aborted babies. As a result of this, many Catholics and other Christians refuse to take them.