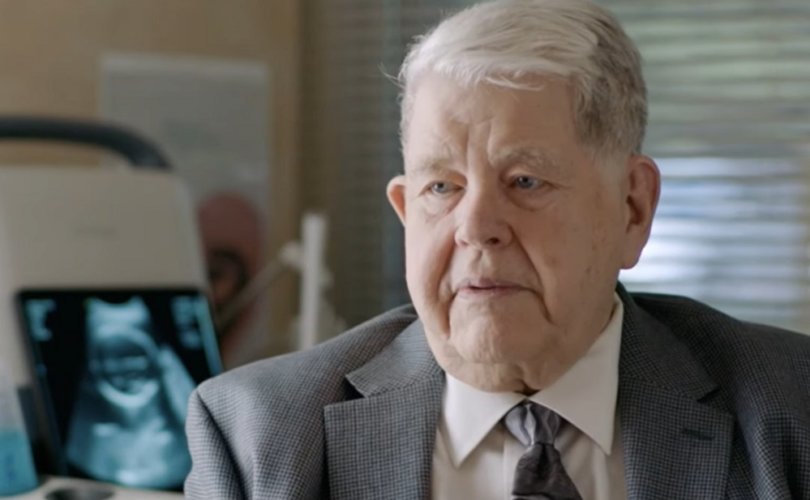 BETHESDA, Maryland, November 26, 2020 (Operation Rescue) — When pro-life activists bought and closed one of the nation’s busiest all-term abortion facilities in Germantown, Maryland, in the fall of 2017, LeRoy Carhart had to seek another location from which he could continue to conduct abortions throughout all nine months of pregnancy.

Carhart soon found an office in Bethesda and opened his new facility in October 2017, and called it AbortionClinics.org. He later renamed it “Clinics for Abortion and Reproductive Excellence,” or CARE. It is one of eight abortion facilities in America that will openly conduct abortions into the third trimester of pregnancy, when babies can readily survive outside the womb.

But there was one element of running an abortion facility that conducted abortions on babies as big as five pounds, that was perhaps the biggest hurdle for Carhart. How do you dispose of the babies remains? Few disposal services wanted to have anything to do with picking up the corpses of nearly-full-term babies.

That posed a problem for Carhart. Without a medical waste disposal company to haul away the rotting human flesh, there would be no way for Carhart to stay open.

Sources told Operation Rescue at the time that aborted babies — sometimes stored in leaky cardboard boxes — had stacked up for weeks in an unrefrigerated janitorial closet before Carhart was finally was able to hire a medical waste disposal company to haul them away in what must have been a nightmarish horror show for the company’s employees who were forced to handle them.

That company, Biomedical Waste Services, seemed eager to quit. Within hours of an Operation Rescue post on June 5, 2018, which encouraged supporters to contact the disposal company and ask them to terminate their services to Carhart’s abortion facility, Operation Rescue received a letter from the company confirming that it had indeed cancelled its contract with the abortion facility.

Carhart contracted with a second company, Biohazard Recovery Systems (BRS) to remove and dispose of aborted baby remains, many that were as old as 30 weeks gestation.

Operation Rescue, this time conjunction with Created Equal, an Ohio-based pro-life organization, again asked its supporters to contact the company and request that it stop servicing the abortion facility.

After making just one pick-up at the abortion facility, BRS sent Operation Rescue a copy of a letter it had addressed to Carhart’s clinic administrator informing them that the company was immediately terminating services.

Finally, Carhart was able to locate a third medical waste company, Bio-Haz Solutions, which began pick-ups in early July 2018. At first, Bio-Haz resisted calls for it to stop servicing the abortion business, and resisted the idea that they were in fact enabling the late-term abortions.

Operation Rescue posted photos of a Bio-Haz employee pushing a dolly stacked with two large cardboard boxes bulging at the sides from the weight of the late-term aborted baby remains. While not graphic in nature, the photo illustrated the disturbing reality of the aftermath of late-term abortions. That report, which was picked up by LifeNews.com, was censored on Facebook.

However, earlier this month, Created Equal received a tip that once again, Carhart was without a contract with a medical waste disposal company. On November 10, 2020, Created Equal confirmed that Bio-Haz had indeed ended its business relationship with Carhart’s CARE abortion facility in Bethesda.

That represented a significant victory for the supporters of both Created Equal and Operation Rescue who had taken time to politely reason with the waste disposal business.

But now, without a way to dispose of the large volume of aborted baby remains, it is likely that they are being stored at the clinic without refrigeration, creating a dangerous health hazard for Carhart’s clients, workers, and everyone else that does business in that multi-office building on Old Georgetown Road.

“As far as we know, Carhart has not yet found a new medical waste disposal company, and we can only assume that once again, boxes of aborted babies are piling up inside that abortion facility,” said Troy Newman, President of Operation Rescue. “With a health hazard like that, it’s just a matter of time before that facility is forced to halt abortions. We are grateful for the decision of Bio-Haz to stop enabling this late-term abortion business. That one act may save countless innocent lives.”

Operation Rescue and Created Equal will continue to monitor the situation and will report updates as necessary.