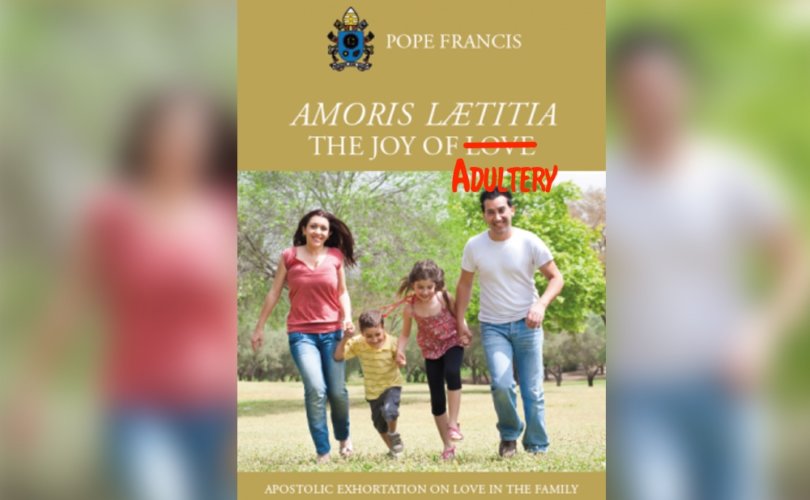 ROME, January 23, 2017 (LifeSiteNews) — Faithful Catholics may be surprised to learn that as many as thirty cardinals expressed their reservations to Pope Francis about his Exhortation Amoris Laetitia prior to its April 2016 release.

The thirty cardinals, writing to Francis either individually or in small groups, attempted last year to dissuade the pope from releasing Amoris. They warned that it would not only weaken the Church's teaching on marriage, but on the Eucharist and confession as well, stated the French publication Le Figaro last August.

The Cardinals only submitted their concerns after thoroughly reviewing the text of the exhortation, in accordance with the privilege of their office, Le Figaro reported.

A Vatican source confirmed to the National Catholic Register's Ed Pentin the existence of the letters from the thirty, stating that it was during this time that the pope began his trend of refusing to respond to concerns raised about his Exhortation.

Amoris Laetitia, coming after the conclusion of the two synods on the family, was supposed to be a document that strengthened Christian families to live their vocation. Instead, however, its ambiguous teachings on crucial moral issues facing families have given liberal bishops license to allow civilly-divorced-and-remarried Catholics living in adultery to receive Holy Communion.

Pastoral guidelines allowing adulterers to receive Holy Communion include those developed by the Maltese bishops, the bishop of San Diego, and the Argentina bishops.

Schneider has criticized pastoral guidelines allowing Catholics who have civilly divorced and remarried, and who are not living in continence, to receive Communion as giving them “permission to not observe…the Sixth Commandment.”

Clerics who make such guidelines to appease such sinners are in effect saying that they can “continue in the joy of adultery,” he said.

Last week, Schneider, along with two other bishops, launched a “spiritual crusade” calling on Pope Francis to “revoke in an unequivocal manner” pastoral guidelines that undermine the faith.