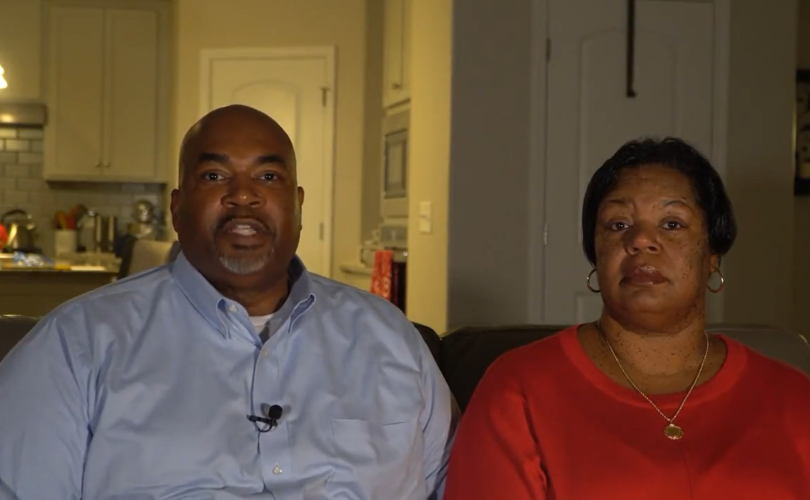 (LifeSiteNews) — North Carolina Lt. Gov. Mark Robinson on Thursday shared how abortion had personally impacted him and his wife more than three decades ago.

His video came in response to a story, first published by North Carolina’s WRAL, that reported on a 2012 Facebook comment Robinson made where he referenced his regret at having paid for an abortion.

He said that experience helped shape his pro-life views.

Lt. Governor responds to abortion post. Share this video so that others may hear their story. pic.twitter.com/k7I3oN4CoR

“Over thirty-three years ago, before we were married, and before we had kids, we had an abortion. It was the hardest decision we have ever made. And sadly, we made the wrong one,” Lt. Gov. Robinson said. “This decision has been with us ever since. It’s because of this experience and our spiritual journey that we are so adamantly pro-life.”

“We know what it’s like to be in that situation. We know the pain that an abortion causes,” he said, with his wife sitting next to him.

Robinson offered his support to those suffering from the pain of an abortion and encouraged them to turn to Christ.

“For everyone that’s had this experience and carries that burden, we want you to know that you are not alone,” he said. “Furthermore, we have a savior who forgives us of our sins and offers us grace. No one is perfect, no one is too far gone to be saved.”

“We felt the need to speak with you directly, because this issue transcends politics,” he said. “Our hope is by telling our story, that it might change the lives of others.”

Robinson is a social conservative and considered a contender for the 2024 gubernatorial race. He first attracted attention in 2018 for his pro-gun statements.

In October 2021, he refused to back down after he made comments calling transgenderism and homosexuality “filth” in reference to sexualized pro-LGBT propaganda in school curriculums.