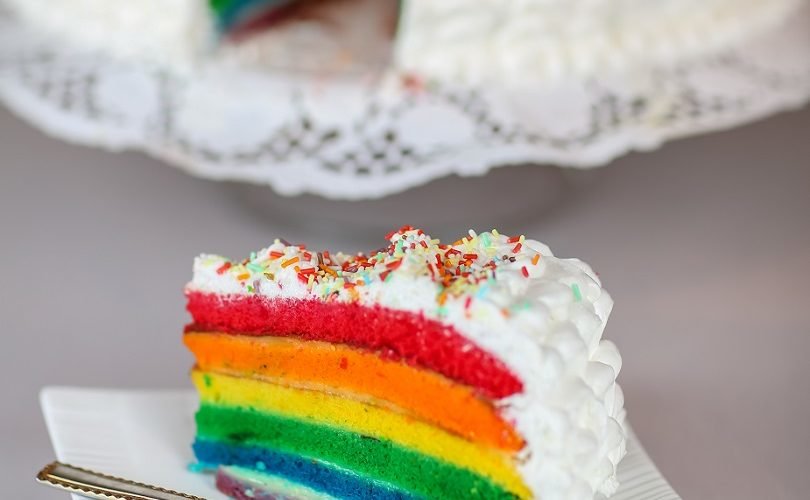 April 9, 2015 (LifeSiteNews.com) – Joshua Feuerstein was just trying to make a point. Now, he may face legal action, as a bakery that refused to provide him with a cake opposing same-sex “marriage” threatens to sue him for taking their conversation public. The bakery owner is also threatening to press charges related to the recording of the phone call.

In the wake of heated national debate over whether business owners should have the right to refuse to participate in same-sex “weddings” that violate their religious beliefs, Feuerstein, an internet evangelist, decided to see if pro-gay business owners would give him the same deference as a Christian that homosexual activists are demanding Christian business owners give to same-sex couples, even if they disagreed with his worldview.

He made a tape of himself calling Florida-based bakery “Cut the Cake” and asking them to make a cake decorated with the words, “We do not support gay marriage.” As Feuerstein expected, the bakery – which calls itself LGBT-friendly and advertises same-sex “wedding” services in gay publications – refused and hung up the phone.

“We wanted to see if a pro-LGBT bakery would bake a cake for something that it was opposed to what they believed in,” Feuerstein told Florida’s WESH 2 News, “and you know what, I actually believe that Cut the Cake has every right as an American to refuse to print that on a cake.”

Feuerstein posted video of the phone call to YouTube with commentary explaining his position. “Cut the Cake[‘s owner]…refuses to make an anti-gay ‘marriage’ cake, so it obviously violates her principles, and so she doesn’t feel like she should be forced to make the cake,” Feuerstein said in the video. “And yet…there’s all of this hoopla going around because Christian bakeries think that they shouldn’t be forced.”

“Look, this is not about discrimination,” Feuerstein said. “This is about them having the freedom.”

But Cut the Cake’s owner, Sharon Haller, didn’t appreciate being made an example of by Feuerstein. She claims that as soon as Feuerstein’s video was posted, she began receiving dozens of phone calls from his fans and followers placing “fake orders” and telling her and the rest of her bakery staff to “kill ourselves.”

“I'm just afraid because of the type of calls that we were getting that someone is going to attack me in my home,” Haller told News 13.

Feuerstein took down his video as soon as he became aware that Haller was receiving harassing phone calls. “I never asked people to call, be hateful or boycott them,” Feuerstein told WKMG 6.

But Haller quickly reposted the video to YouTube, along with a description classifying Feuerstein’s phone call as an “attack.” She asked people to “put a stop to people like Joshua Feuerstein” by donating to her GoFundMe page, which has raised more than $14,000.

Haller is also threatening to press charges, saying Feuerstein’s recording of the phone call without her consent violates Florida law. She has reached out to the FBI and is considering pursuing a criminal case.

The fiasco echoes similar cases making news around the nation, as cake shops have become the front line battleground in the culture war over the definition of marriage.

In December, blogger Theodore Shoebat recorded himself calling 13 “pro-gay” bakeries to ask if they would make a cake with the words “Gay marriage is wrong.” Shoebat says all 13 bakeries refused to cooperate. Some simply hung up the phone as soon as he made his request. Others called him names and used obscenities when confronted by Shoebat over the perceived double-standard. Shoebat contrasted his own experience with that of a baker in Ireland who suffered “tremendous loss to his business” after resisting attempts by gay activists and the Irish state to force him to create a cake featuring the words “Support Gay Marriage.”

“Christian bakeries that refuse to make pro-homosexual marriage cakes are getting sued left, right, and center,” Shoebat wrote in a blog post explaining the motivation behind his videos, which he called a “social experiment.”

“They get fined, they get death threats, and they lose their businesses. This experiment proves beyond doubt that the gay agenda is not just about their freedom to practice a sexual orientation, but the suppression of free speech,” he said.

Last year, Bill Jack filed a discrimination complaint against Denver’s Azucar Bakery, claiming the owner violated his religious rights by refusing to decorate Bible-shaped cakes with the words “God hates sin. Psalm 45:7″ and “Homosexuality is a detestable sin. Leviticus 18:22.” He also wanted one cake to feature an image of two men holding hands in front of a cross with a red “X” overlaid on the image.

The Colorado Civil Rights Commission rejected Jack’s claim early this week, ruling that the bakery owner rejected his message because it violated an established policy of refusing to decorate cakes with “derogatory language and imagery,” not because of his faith.

The heightened controversy over wedding cakes comes as several states are debating Religious Freedom Restoration Acts (RFRAs) to protect religious business owners’ right to refuse to provide goods and services that violate their deeply held beliefs. Homosexual activists have decried such laws, claiming they will be used as an excuse for people to discriminate against gays.